The 200th birthday of Lawrence County kicked off in January with a celebration inside the courthouse and the raising of the Lawrence County Bicentennial Flag. Mitchell Persimmon Festival Queen Kara Parkes won the Directors Award in the 2018 Indiana State Festivals Association Scholarship Pageant in Indianapolis. Jeffrey Hahn was arrested on a murder charge in connection to a stabbing that killed a 64-year-old David “Charlie” Pierce.
Judge Michael Robbins Retires
Judge Michael Robbins retired from the bench in Lawrence County Superior Court I. 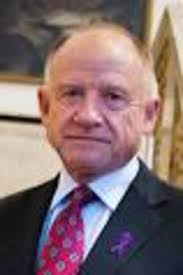 Robbins was appointed to the bench in 2002 replacing Judge Ray Kern. He was elected to a full term in 2006 and served until his retirement.
Judge Robbins founded the Lawrence County Domestic Violence Coalition with the help of Indiana University and the School of Public Health and other community members. Additionally, and importantly, because of the Coalition’s work, Judge Robbins and other officials developed the state’s first ever Domestic Violence Problem Solving Court. 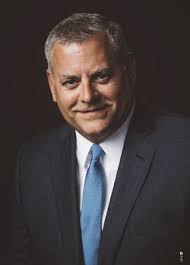 The structure partially fell into Lick Creek on Christmas Day in 2015 when the driver of a semitrailer attempted to cross it. The top of the trailer folded as it hit the superstructure, causing the bridge to collapse. Officials say the truck was carrying bottles of water that weighed about 35 tons — nearly six times the weight limit.
The bridge, built in the 1850s, sat for more than a year while insurance and the Orange County Commissioners worked to begin construction. Insurance for the trucking company ended up paying about $700,000 for the repairs.
The woman driving the semi truck, Mary Lambright, entered a blind plea of guilty to the reckless operation of a tractor-trailer; operating a vehicle over the bridge, causeway or viaduct while weighing more than maximum weight; disregarding an official traffic control device, and operating a motor vehicle in violation of the restriction.
She was sentenced to 180 days in jail. Her license was revoked for 180 days.
Lauren Brown Crowned 2018 Indiana Volunteer Firefighters Association District 17b Miss Flame
Lauren Brown was crowned 2018 Indiana Volunteer Firefighters Association District 17b Miss Flame. 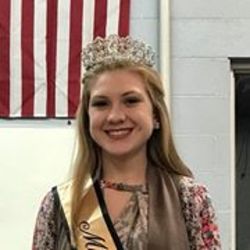 Lauren, now a sophomore at Bedford North Lawrence High School, is the daughter of Stacey and Kyle Brown. Kyle is Assistant Chief in training at Shawswick Volunteer Fire Department.
Her grandparents are District Chairman Bob Brown and Chief of Shawswick Volunteer Fire Department and his wife Faye Brown, and Mark Baker who is a captain with Perry Township VFD and his wife Kim.
Lauren represented District 17B which covers seven counties and 36 fire departments. She represented the district at various events including the State Convention held in June.
Lawrence County Raises Bicentennial Flag
The 200th birthday of Lawrence County kicked off in January with a celebration inside the courthouse and the raising of the Lawrence County Bicentennial Flag. 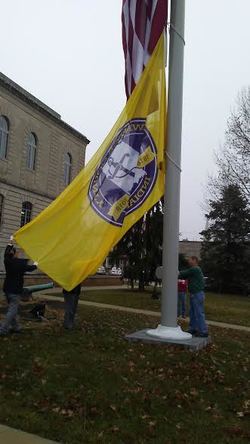 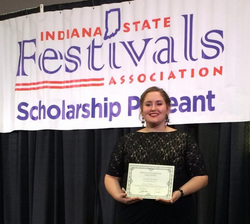 2016 Mitchell Persimmon Festival Queen Kara Parkes participated in the 2018 Indiana State Festivals Association Scholarship Pageant in Indianapolis.
Twenty-five queens from across Indiana represented their local festivals in this two-day event.
Parkes won the Directors Award, a $200 scholarship.
Bloomington Man Arrested On Murder Charges
A Bloomington man was arrested on a murder charge in connection to a stabbing that killed 64-year-old David “Charlie” Pierce. 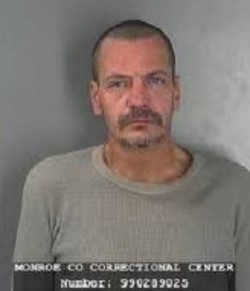 Bloomington Police officers arrested 51-year-old Jeffrey Hahn at his home on charges of murder and theft.
During a police interview, Hahn admitted that he had been at Peirce’s apartment on the evening of Thursday, January 25th.
“Hahn stated that he and Pierce had been smoking synthetic marijuana, or “spice,” throughout the evening and had gotten into a physical altercation at one point,” Capt. Steve Kellams wrote in a press release. “Hahn eventually left the residence but returned a short time later where he admitted to stabbing Pierce multiple times. He also admitted to detectives that he stole Pierce’s cell phone before leaving the residence for the final time.”
Pierce was found dead inside his apartment in 500 block of West Sixth Street just after 12:30 p.m. Friday, January 26th. Monroe County Coroner Joani Shields says Pierce suffered two stab wounds to his neck.
Announcer Don Fischer Wins 25th Indiana Sportscaster Of The Year Award 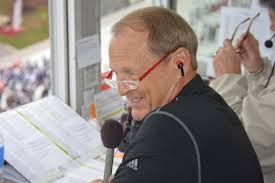 In January 2018 longtime play-by-play announcer for the Indiana Hoosiers, Don Fischer won his 25th Indiana sportscaster of the year award.
The broadcaster, synonymous with IU basketball and football has been with the program longer than anyone else at Indiana.