Osa William Staggs – Bedford
August 8, 1937 – October 12, 2018
Osa William Staggs, 81, of Bedford, died Friday, October 12, 2018, at his residence.
Bo,rn August 8, 1937 in Lawrence Co., he was the son of John Harrison and Iva Jean (Webb) Staggs. He married Carolyn Elizabeth May on December 7, 1957 and she survives. He was a diamond sawyer for Summitt & Evans Stone Mill. He served as a member of the National Guard Army Reserve.
Survivors include the love of his life, his wife, Carolyn, of Bedford; a son, Brian Staggs and wife, Debbie, of Williams;
a daughter, Christine Staggs, of Bedford; a granddaughter, Chelsey Banks and her companion, Timothy Bartlett; a
grandson, Seth Staggs and wife, Amanda; a brother in Christ, Millard Jones.
He was preceded in death by his parents, two brothers, Kenneth Dale and Charles David Staggs.
Cremation was chosen. A celebration of life will be held at a later date. The family asks that friends consider
memorial contributions be made to Riley Hospital for Children.
Family and friends may express condolences at www.daycarter.com.
Mary Lu Bergdoll Hanson – Bedford 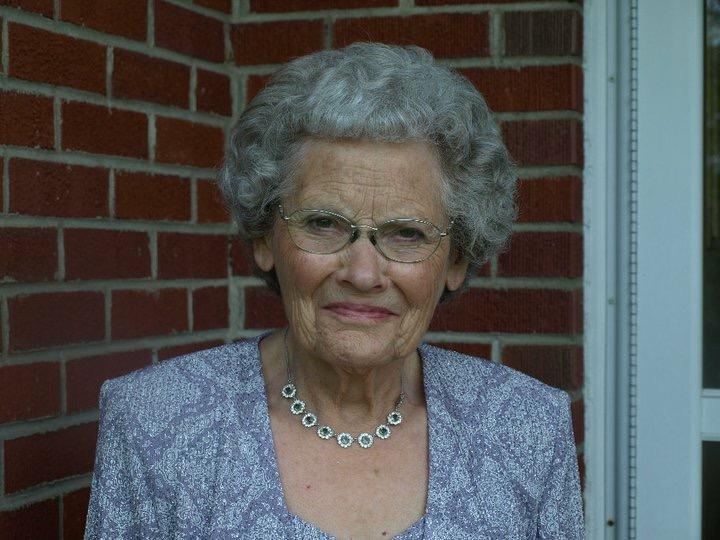 February 2, 1925 – October 10, 2018
Mary Lu Bergdoll Hanson, 93, of Bedford passed away peacefully and surrounded by family Wednesday, October 10, 2018 at StoneBridge Health Campus following a brief illness.
Born February 2, 1925, in Marengo Indiana, she was the daughter of John Emanuel and Orpha Thelma (Weser) Bergdoll. She married Albert Vernon Hanson July 17, 1948, in Terre Haute, Indiana. Albert proceeded her in death on May 6, 2010.
Shortly after Mary Lu’s birth, her father John, a teacher in the Marengo school system, returned to their Jackson County family homestead of Inter Creek Farm located near the Jackson-Lawrence County line on Guthrie Creek. From a young age, Mary Lu helped on the farm collecting hundreds of eggs a day and assisting with farming operations. Together the Bergdoll family survived the depression, and those hard years instilled a work ethic Mary Lu continued through her life.
She attended the Medora Elementary School beginning at age 4. In 1942, she graduated from Medora High School as valedictorian of her class. She was a member of the Leesville Methodist Church where she taught Sunday School. She was a 4-H member for eight years and later an adult leader. She continued her education at Franklin College attending one semester before returning to her family home in Jackson County where she operated the Bergdoll Grocery in nearby Leesville, Indiana. After the war, she returned to Franklin College and graduated with honors in 1948. She was a member of the Beta Theta Chapter of Zeta Tau Alpha National Women’s Fraternity and served as Chapter President. Franklin remained an important part of Mary Lu’s life through the years. She served several years on the Alumni Council and was a member of the Old Main Society.
After graduation, she began her married life with Al residing in Johnson County, Indiana. It was there she worked for Purdue University as a home demonstration agent. While she enjoyed her job, she returned to Lawrence County in 1952 to operate Hatfield Tractor Sales in partnership with her father John. She had a deep love of the land and abundant respect for the farmers entrusted with its care. Mary Lu becomes the sole owner-operator of the dealership in 1965 renaming it Lawrence County Ford Tractor. She retired in 1990.
Mary Lu cherished her community. Throughout the years she served on numerous committees and boards. To name a few, she was a charter board member and the first Vice President of the Bedford Medical Center Eugene B. Crowe Community Hospital. Her 43 years on the board held many responsibilities including President of the Board and Finance Committee Chair. She was awarded a Board of Emeritus status on the Board of Directors of IU Health Bedford Hospital. In 1977 she was the first woman president in the history of the Bedford Chamber of Commerce. She was a past member of the Bedford Medical Center Auxiliary, past director and member of the Bedford Business and Professional Women’s Club, and served many years on the Shawnee Trace Private Industrial Council, later the Shawnee Trace Workforce Investment Board. She was a past member of the national and state home economics associations and judged at many county fairs and the Indiana State Fair. She is a member of Emmanuel Lutheran Church in Leesville.
She is survived by one daughter, Carolyn Ann (Marvin) Huffman of Medora, Indiana; one son, Martin Kent (Linda) Hanson of Carmel, Indiana; three granddaughters, Allison (Robert) Kruse of Bedford, Indiana, Jessica Lu Reel of Greenville, South Carolina, Jill Lynn Hanson of New York, New York; three great-grandchildren, John Frederick Kruse of Bedford, Indiana and twins Palinia Leslea Reel and Veronica Lissette Reel of Greenville, South Carolina; one brother, James Richard Bergdoll of Leesville, Indiana; one niece, Mary Kay Bergdoll Fergason of Indianapolis, Indiana; and several great-nieces and nephews.
Mary was preceded in death by her parents, brother John Franklin Bergdoll, two nieces, and two nephews.
A service of Christian burial will begin at 11 a.m. Monday October 15 at the Ferguson-Lee Chapel of Thorne-George Family Funeral Homes in Bedford with Rev. Paul Neuman officiating. Entombment will follow at Cresthaven Memory Gardens Mausoleum with a private family committal. Friends may call Sunday, October 14 from 2 p.m. until 6 p.m. and until the time of service at the Ferguson-Lee Chapel of Thorne-George Family Funeral Homes.
In Lieu of flowers, friends and family may consider memorial contributions be made to the White River Humane Society, The Franklin Fund (providing scholarship assistance to students) of Franklin College, or Emmanuel Lutheran Church Leesville.
Maria Del Socorro Ducker – Mitchell
June 8, 1933 – October 10, 2018
Maria Del Socorro Ducker, 85, passed away Wednesday, October 10, 2018, at her residence.
Born June 8, 1933, in Durango, Mexico, she was the daughter of Fortino M. and Sofia B. Salas. Maria retired from Mitchell Manor with 37 years of service. She was an excellent baker and loved to sew and cook.
Survivors include her children, Charles A. Ducker of Huron, Rubin E. Ducker of Florida, Evon M. Ducker of Indianapolis, Daniel Ducker of Arizona; grandchildren, Danielle Marie Ducker, Charles Jared Ducker, Christine Nicole Ducker, Matthew Aaron Ducker, Katilyn Ducker; 5 great-grandchildren; siblings, Hector Salas of Durango, Mexico, Jose Oscar Salas of Durango, Mexico, Victor Salas of El Paso, Texas, Arturo Salas of Durango, Mexico, Actavia Salas of Durango, Mexico, Sofia Boling of Mitchell
Her parents and three brothers preceded her in death.
Cremation was chosen with no service.
Condolences may be sent to the family at www.chastainfuneralhome.com