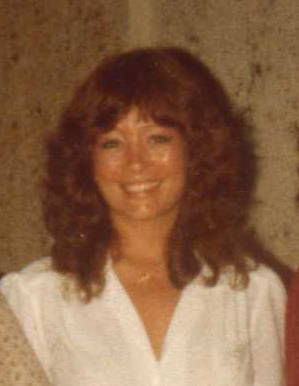 January 1, 1955 – July 17, 2018
Katherine Marie Edington, 63, of Bedford, passed away on Tuesday, July 17, 2018 at her residence.
Born January 1, 1955 in East Chicago, Indiana, she was the daughter of Keith and Lillian (Gondek) Nelson. She married Dr. Dodd E. Edington; he preceded her in death June 5, 2010. She attended Washington High School where she graduated as the Valedictorian of the Class of 1973; and received her Bachelors in Education from Indiana University and a Master’s in Education from Indiana Wesleyan. Katherine had taught students with learning disabilities at Oolitic Middle School and then at Bedford North Lawrence High School.
She is survived by two daughters, Kimberly Edington and husband David Arp of Bedford and Amanda Edington and fiancé J.T Srygley of Bloomington; several grand puppies; siblings, Ellen (Jesse) Chavez, Arnie Nelson, and Jeff (Martha) Nelson; sisters-in-law, Kathy Nelson and Robin Ortega; and several nieces and nephews.
She was preceded in death by her parents; husband, Dr. Dodd E. Edington; siblings, Sandra Bota, Rocky Nelson and Keith “Ronnie” Nelson.
Cremation was chosen and a celebration of life will be held at a later date.
Arrangements are provided by the Ferguson-Lee Chapel of Thorne-George Family Funeral Homes.
William Clinton Tarr – Mitchell
February 4, 1936- July 18, 2018
William Clinton Tarr, 82, of Mitchell, passed away Wednesday, July 18, 2018, at his residence.
Born February 4, 1936, in Monroe County, he was the son of Isom Clinton and Mary Alice (Cunningham) Tarr. He married Margaret Jean Cole and she preceded him in death September 16, 2017. William operated Tarr’s Strawberry Farm and was an electrician. He loved to hunt rabbits with his beagle dogs.
Survivors include his daughter, Jamie Allen Lewis of Mitchell; grandchildren, Joseph Clinton (Candy) Tarr, Sabrina Duncan, Hope Ellen Lewis, Lucas Andrew Lewis; great grandchildren, William Liam Tobias Duncan, Araina Faith McVay and a sister, Alberta Hudson, Chiefland, Florida
His parents; wife; and son, Tim Allen Tarr, preceded him in death.
Graveside service will be at 1 p.m. Monday, July 23, at Beech Grove Cemetery with Yancy Unger officiating.
Friends may call from 10 a.m. until Noon Monday at Chastain Funeral Home & Cremation Center.
Condolences may be sent to the family at www.chastainfuneralhome.com
Scott Evers
June 19, 1964 – July 18, 2018
Mitchell – Scott Evers, 54, of Mitchell, passed away July 18, 2018 at his residence.
Born June 19, 1964, in Bedford, he was the son of Lester and Betty (Verhines) Evers. He married Tammy Tanksley on May 16, 1997 and she survives. He earned an Associate degree from Louisville Technical School. He was a technician at NWSC Crane for thirty-four years and a member of the Woodville Baptist Church where he played bass guitar with the praise team. He loved cars and music.
Survivors include his wife, Tammy, of Mitchell; two children, Meghan Beyers and husband, James, of Greencastle and Clayton Evers, of Mitchell; a grandson, Cairo Beyers; two nieces, Anne Wheatley and husband, J.R., of Tacoma, WA and Elizabeth Hicks, of Lafayette, IN; great nieces, Kayla Hicks and Della Wheatley; aunt, Bernadine Henderson, of Williams, and many cousins. He was preceded in death by his parents, a brother, Danny Evers, and a sister (in infancy).
A celebration of life will be held at 1:00 pm on Saturday, July 21st at the Woodville Baptist Church with Pastors Glenn Hamer and Jim Russell officiating.
Visitation will be from 11:00 am until the hour of service on Saturday, July 21st at the church. Private burial will be at a later date in the Mitchell Cemetery. The family asks that friends consider memorial contributions be made to Lawrence County Cancer Patient Services. Family and friends may express condolences at www.daycarter.com.