Cletus Calvin Hopkins
October 24, 1941 – July 15, 2018
Cletus Calvin Hopkins age 76, of Shoals, passed away at the Loogootee Nursing Center on July 15, 2018 at 7:45 AM. He was born October 24, 1941 in Martin County to Chester and Tressie (Thomas) Hopkins.
Cletus often spoke of working along side of his father on the railroad. He attended services at the Loogootee Church of Christ.
He loved taking rides across the country side, eating “plain” sundaes from Bo-Macs and anything to do with trains.
He is preceded in death by his parents and a brother Loren in infancy.
A service is planned for Saturday, July 21, 2018 at 1:00 PM at the Queen-Lee Chapel in Shoals. Visitation will be held Saturday beginning at 11:00 AM until the time of service.
The Queen-Lee Chapel of the Thorne-George Family Funeral Home is in charge of the arrangements.
Leroy G. Brown
MITCHELL – Leroy G. Brown, 78, passed away Sunday, July 15, 2018, at Indiana University Health Hospice House in Bloomington.
Born August 9, 1939, in Lawrence County, he was the son of Audrey M. and Agnes (Bridgewater) Brown. He married Virginia S. (Wilcoxen) Hamilton January 31, 1976, and she preceded him in death August 26, 2016.
Leroy retired from Mitchell Crushed Stone and was a member of the Teamsters & Operators Union. He was a member of the Bride of Christ Fellowship and American Legion Post No. 250.
Surviving: stepchildren, Harold (Debbie) Hamilton of Mitchell
Marcella (Ron) Neely of Bedford
sister, Martha Bryant of Oklahoma City, Oklahoma
9 grandchildren
7 great grandchildren
His parents; wife; stepsons, Danny Hamilton and Johnny Hamilton; and siblings, Ivan “Dick” Brown, Wendell Brown, Darrell Brown, Janice Tabor, and Lee Brown, preceded him in death.
Friends may call from 3:00 p.m.- 5:00 p.m. Thursday, July 19, at Chastain Funeral Home & Cremation Center. Burial will be at a later date in Mitchell Cemetery.
Condolences may be sent to the family at www.chastainfuneralhome.com
Bobby L. Wagoner 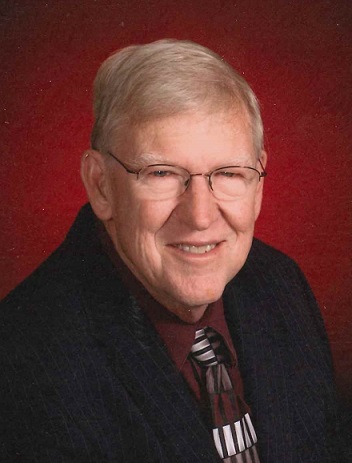 November 24, 1938 – July 16, 2018
Bedford – Bobby L. Wagoner, 79, of Bedford, died at 3:45 pm on Monday, July 16, 2018 at I.U. Health Hospice House in Bloomington.
Born November 24, 1938 in Lawrence Co., he was the son of Henry M. and Hazel I. (Reeder) Wagoner. He married Janice D. Sears on June 23, 1963 and she survives. He was a graduate of Fayetteville High School with the class of 1957. He received his BA in 1962 and his Masters’ degree in 1966 from Indiana University.
He enjoyed carpentry, working to put himself through college. He retired as a teacher for Bedford North Lawrence High School in 1995 after thirty-three years of service. He was a member of the Southland Church of Christ where he had previously served as a deacon and an elder. He was a member of Lawrence County Retired Teachers’ Assoc., Indiana Retired Teachers Assoc., National Education Assoc.-retired. He had been a member of St. Vincent Dunn Auxiliary for five years volunteering in the gift shop, volunteered at the Community Care Center, and was a member of the Gospel Five Quartet.
Bob loved his family, he enjoyed traveling to see them and loved his dog, Tessa
Survivors include his wife, Janice, of Bedford; two daughters, Jill D. Dailey and husband, Scott, of Ohio, and Pamela L. Stevens, and husband, Kurt, of IL; six grandchildren, Adam, Ryan, Owen, and Liam Dailey, Ben and Zach Stevens; one sister, Emma Louise Webb, of Bedford; one brother, Larry D Wagoner and wife, Janelle, of FL; several nieces and nephews. He was preceded in death by his parents, a sister, Lois E. Williams and a granddaughter, Abigail Stevens.
Funeral services will be conducted at 10:00 am on Friday, July 20th at the Southland Church of Christ with Bud Smith officiating. Burial will follow in Cresthaven Memory Gardens. Visitation will be from 4:00 pm to 8:00 pm on Thursday, July 19th at the Day & Carter Mortuary. Family and friends may express condolences at www.daycarter.com.