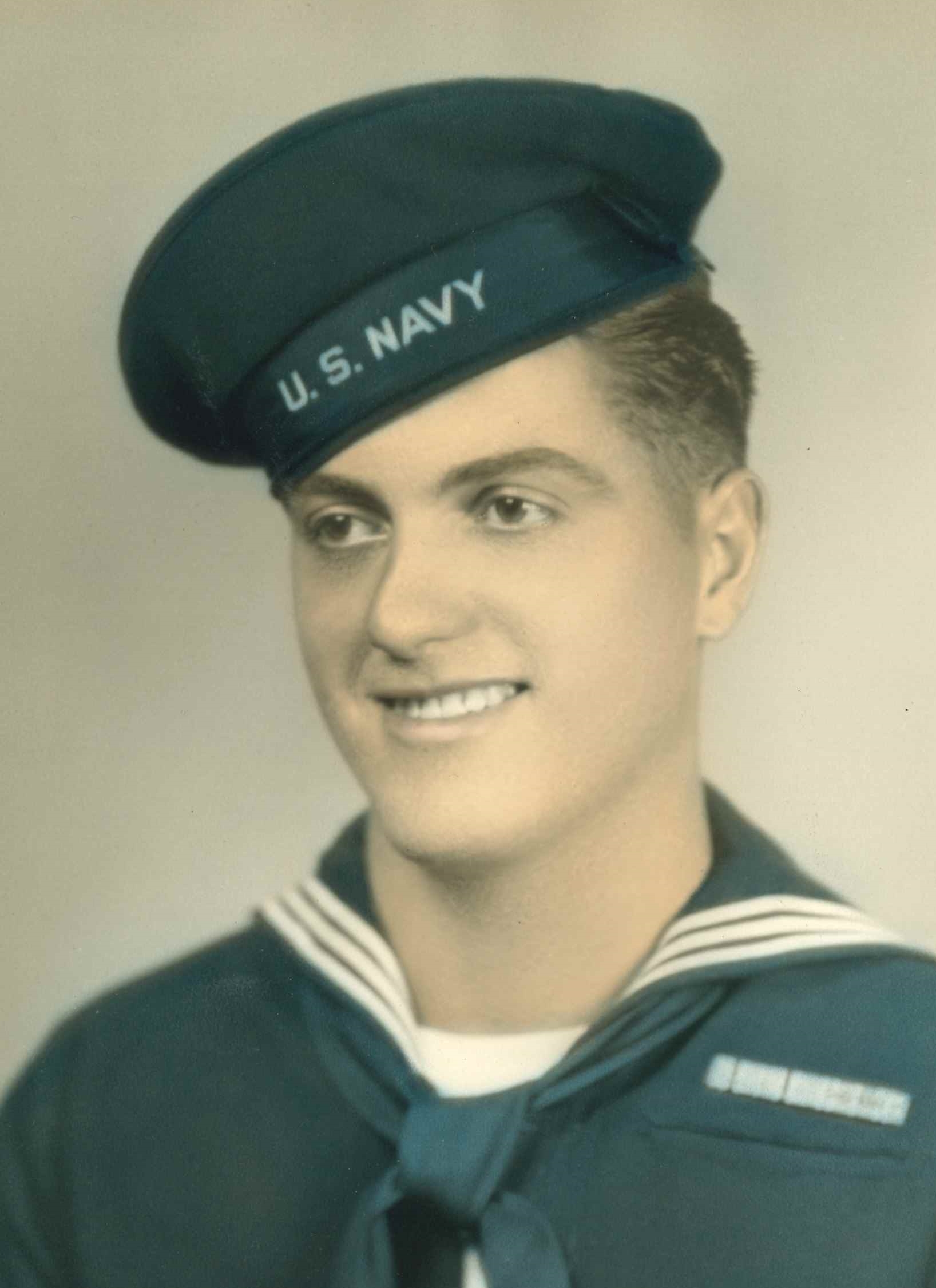 July 29, 1924 – June 8, 2018
Harold W. Baker, 93, of Bedford, died at 2:30 a.m. on Friday, June 08, 2018 at White River Lodge in Bedford.
Born July 29, 1924, in Lawrence Co., he was the son of Dolphus and Maude Lorene (Hackler) Baker. He married Pauline V. Delpha on November 6, 1948 and she survives. They would have celebrated seventy years of marriage this fall. He was an avid gardener and a welder for Kaiser Aluminum/Ravenwood and a veteran of the U.S. Navy serving during WW II on the U.S.S. Mackinac AVP-13. He was a former member of the Mt. Pleasant Christian Church and a member of American Legion Gillen Post #33, V.F.W. and I.B.E.W.
Survivors include his wife, Pauline, of Bedford; four children, Linda Grider (Stephen), of Springville, Janet Walls (Daniel), Tracy Baker (Sherry), all of Bedford, Michelle Land (Scott), of Mitchell; grandchildren, Kevin Walls, (Chris Chapman), Stephen Grider, Jr. (Tina), James Grider, Danielle Fish (Darin), Bradley Baker, (Kelly), Tim Baker, (Andrea), Aaron Land, (Amy), Amy Smith-Kinser, (Adam); 18 great grandchildren. He was preceded in death by his parents, and a brother, Gerald Baker.
Funeral services will be at 3 p.m. on Monday, June 11th in the Elmwood Chapel of the Day & Carter Mortuary. Burial will follow in Hilltop Cemetery where military rites will be accorded by members of Gillen Post #33 American Legion. Visitation will be from 10 a.m. until the hour of service on Monday, June 11th at the Day & Carter Mortuary.
Family and friends may express condolences at www.daycarter.com
Howard C. “Skip” Smith – Campbellsburg 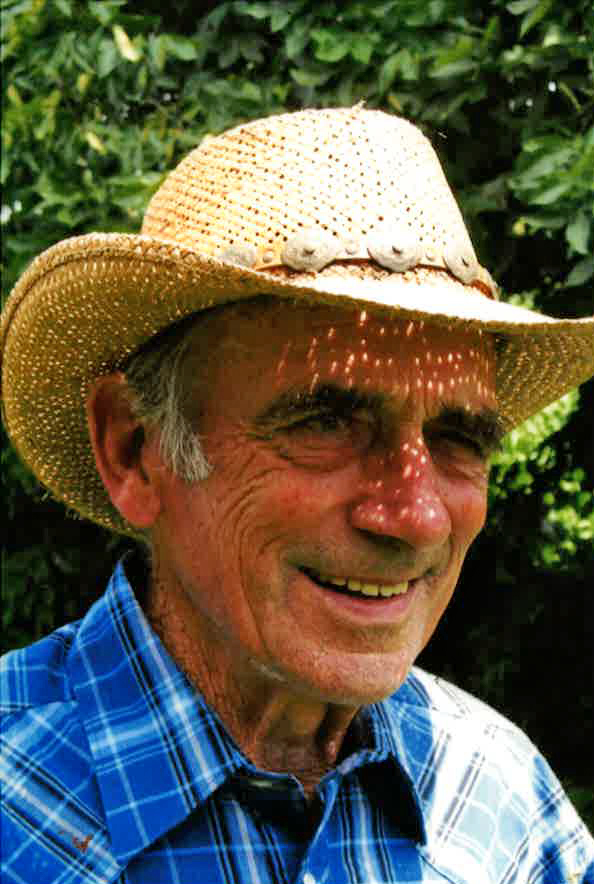 August 16, 1930 – June 7, 2018
Howard C. “Skip” Smith, 87, of Campbellsburg, died Thursday, June 7th , 2018, in his home after a fairly peaceful bout with cancer (until the last few weeks). He is survived by this wife of 64 years, June (Hamer) Smith from the “Spring Mill Hamer family,” here in Indiana.
Skip was born August 16, 1930, to Howard and Lillian (Hansen) Smith in West Nyack, New York. He was inspired to become a farmer like his Grandfather (Hans Hansen, from Denmark) whom he spent much of his youth with, when he wasn’t hunting trapping or fishing. He began building his own registered Jersey herd when he was just sixteen. When he met his future wife, June Hamer “the goat girl” he gave her a Jersey calf for her sixteenth birthday, as she was also interested in farming. (He claims he was planning on getting the heifer back when they married.)
In the middle of those early courting and farming years life was interrupted when Uncle Sam “invited” Skip to join the Korean War. He served two years in Korea as a Sergeant in the 107th Ordinance Artillery Repair Company.
On March 20, 1954, 23 year old Skip and 18 year old June Rae Hamer were married and began farming and raising a family together. Their Jersey farm (which was eventually relocated to the beautiful Shawangunk Valley in Walkill, NY) wasn’t given an official name until their eldest daughter, Gale died. It was then called “Gale Farm” as a living, loving tribute to her. Gale’s funeral was on their third wedding anniversary. At that time they already had a second daughter and they would have three more daughters.
Skip strove to be the best farmer he could be and he and June did very well showing their Jerseys at the various county fairs. They were also high in the state for milk production. Life was good but something was missing. They found that “something” individually in 1964. This is the year they both met Jesus as their personal Lord and Savior. Life would never be the same.
Feeling he had made the farm his “God” Skip felt called to give up farming and go into the ministry. Their new home became “Burnt Meadow Mission” and it is there where they held large home meetings. From there they moved to: “Teen Challenge Institute of Missions” where Skip began a farming program to help feed the students. At yet another Bible School in Ontario, Canada he shoveled coal through the winter months and planted crops in the spring (when not teaching). Eventually moving back to the United States he became a lay preacher at the “House of Prayer” in Stormville, New York while still maintaining a regular job.
On of Skip’s favorite jobs was being a zoo keeper back in Ontario. It seems animals were never far from the Smith’s lives. In fact upon retiring he and June were blessed beyond measure with a small farm in Indiana (where their grown daughters and their families were already gathering). In the countryside of Campbellsburg (only miles from
Spring Mill State Park) they began raising cattle, goats, chickens and an interesting array of pets. Life for the most part has been quite pleasant for this couple but now it’s time to say a difficult goodbye.
Until we reunite, Skip has left behind: his wife, June Hamer Smith of Campbellsburg, four daughters: Dawn Tucker of Campbellsburg, LeeAnn Evans of Freetown, Bonny Booth of Columbus, and Robyn Brown (and husband, Chris) of Spencer and five Grandchildren: Justin and Brittany Booth, Levi and Caity Brown and Josiah Evans and
their families including four Great Grandchildren; Zachariah, Bravery, Mercy Grace and Benjamin Booth. There is also Skip’s sister, Joan (Smith) Carella and her family, who still live in New York.
Skip will be joining June’s Hamer ancestors and also their beloved sons-in-law Tom Tucker and Andy Evans in the Hamer Cemetery at Spring Mill State Park, Mitchell, Indiana where there will be a simple Christian farewell at 11 a.m. on Tuesday, June 12th , 2018 (June’s birthday). We are looking forward to seeing him (and them) again at the resurrection. What a happy reunion that will be as together we will see our Savior face to face.
Condolences may be sent to the family at www.chastainfuneralhome.com