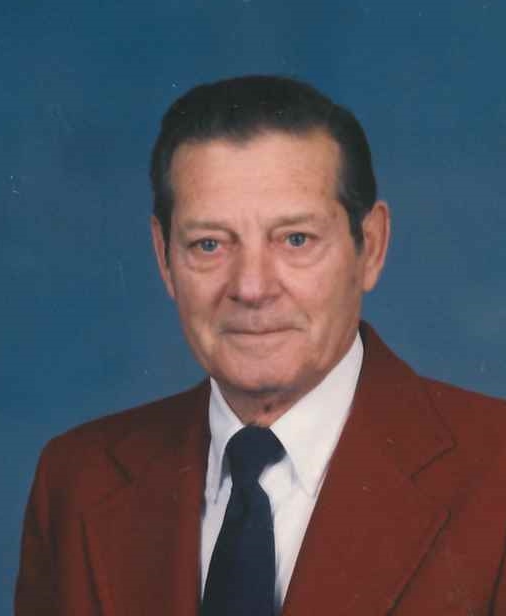 November 27, 1928 – May 13, 2018
Hansel Wayne Spires, 89, of Bedford, died at 9:40 p.m. on Sunday, May 13, 2018.
Born November 27, 1928 in Bedford, he was the son of Opal and Thelma (Bush) Spires. He married Julia Deckard on January 22, 1980 and she survives. He was a master mechanic and heavy equipment operator for thirty years, retiring in 1990. He was a veteran of the U.S. Army and Air Force, achieving the rank of Sergeant. He was a member of the Valley Mission Church of the Nazarene and Union Local #841.
Survivors include his wife, Julia, of Bedford; two daughters, Connie Lynne (Gene) Pennington, of Bloomington and Carole Lea Brown, of Ellettsville; a step-son, Kenneth Norman Brewster, of Bedford; a step-daughter, Tammy Elaine Norman, of Bedford; twelve grandchildren; eighteen great grandchildren; a sister, Marilyn Brown, of Springville.
He was preceded in death by his parents, a daughter, Candace Spires (in infancy), and a brother, Charles “Gene”
Spires.
Funeral services will be conducted at 11 a.m. on Friday, May 18th in the Elmwood Chapel of the Day & Carter Mortuary with Pastor Duane Brown and Pastor Paul Whitehead officiating. Burial will follow in Hanson Cemetery. Visitation will be from 4 p.m. to 8 p.m. on Thursday, May 17th at the Day & Carter Mortuary.
Family and friends may express condolences at www.daycarter.com.
Betty Jean Walker Frazier – Bedford 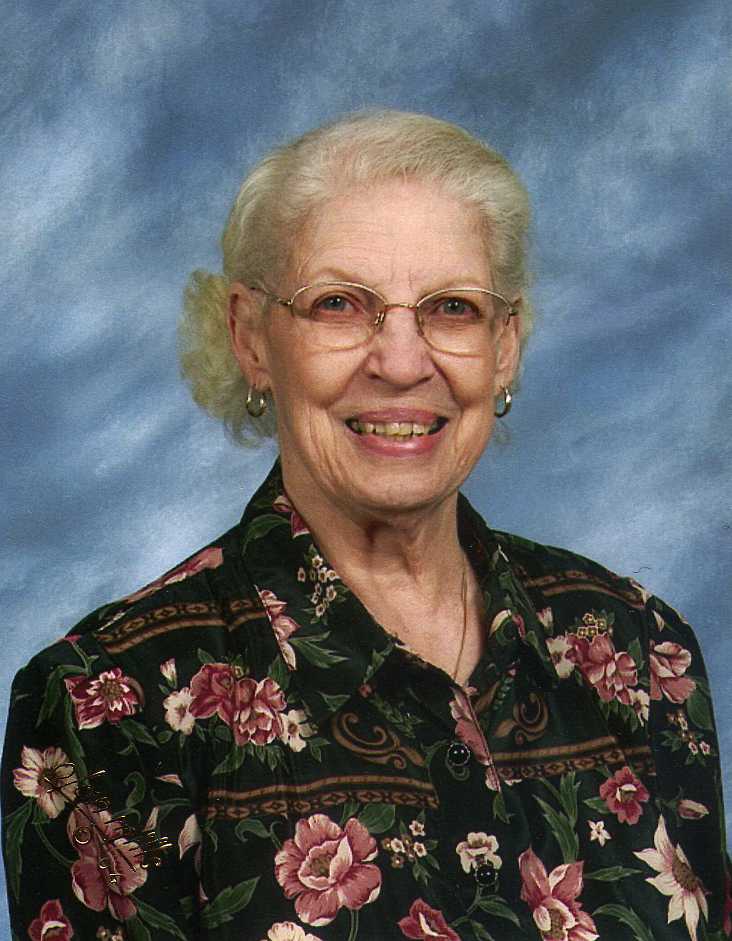 October 14, 1926 – May 11, 2018
Betty Jean Walker Frazier, 91, of Bedford, passed away on Friday, May 11, 2018 at Garden Villa, Bedford.
Born October 14, 1926, in Blackford County, Indiana, she was the daughter of A. Clyde and Edith (Schwarzkopf) Fox.
She married Thurman Theodore Walker, Jr. on November 23, 1945, in Muncie, Indiana; he preceded her in death in 1971. Betty worked at White Weather Farm in Muncie until 1982 as the Secretary of the wholesale grocer.
Survivors include her son, Larry Theodore (Bettye) Walker, of Bedford; two grandchildren, Larry (Melissa) Walker, Jr., of Springfield, MO, and Michelle (Devin) Clouse, of Indianapolis, Indiana; five great-grandchildren; and one great-great grandchild.
She was preceded in death by her parents and husband Thurman. Private family services will be held at 2 p.m. on Tuesday, May 15, 2018 at the Elm Ridge Funeral Home and Memorial Park in Muncie, Indiana.
Arrangements are under the direction of the Ferguson-Lee Chapel of Thorne-George Family Funeral Homes, Bedford.
Online condolences may be sent to the family at www.fergusonlee.com.
Geraldine “Jerri” Smith – Bedford 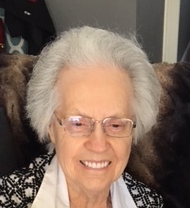 June 18, 1936 – May 13, 2018
Geraldine “Jerri” Smith, 81, of Bedford, died at 6:21 p.m. on Sunday, May 13, 2018 at Westview Nursing & Rehabilitation Center
Born June 18, 1936, in Horsecreek/Manchester, KY, in Clay Co. She was the daughter of Bob Gilbert and Frances (Burnette) Gilbert-Baker. She married Larry G. Smith on April 4, 1958 and he preceded her in death on April 3, 2014. She was a homemaker and former member of the Bedford and Harrodsburg Assembly of God Churches. She had served as the president for Area Christian Television (ACT) which became Channel 42 Trinity Broadcast Network (TBN). She devoted many years of service to the Assemblies of God Lake Placid Camp Ground in Hartford City, IN. She enjoyed spending time with her family, especially children and grandchildren.
Survivors include two sons, John W. Smith and, Robin, of Lexington, IN and his daughter, Amber King and Barry, of Bedford, Steve Smith, of Bloomington and daughters, Stephanie Harbison and Zach, of Bloomington, Bailey Smith, of Boston, Lexie Smith, of Bloomington and their mother, Beth Smith, of Bloomington; three great grandchildren.
She was preceded in death by her parents, her step-father, Everette Baker, husband, and a sister, Lois Maxine Fleenor.
Funeral services will be conducted at 11 a.m. on Thursday, May 17th in the Elmwood Chapel of the Day & Carter Mortuary with Pastor Shane Brunner officiating. Burial will follow in Clover Hill Cemetery in Harrodsburg. Visitation will be from 4 p.m. until 8 p.m. on Wednesday, May 16th at the Day & Carter Mortuary.
Family and friends may express condolences at www.daycarter.com.
Virgil LeRoss “Le” Corbin – Bedford 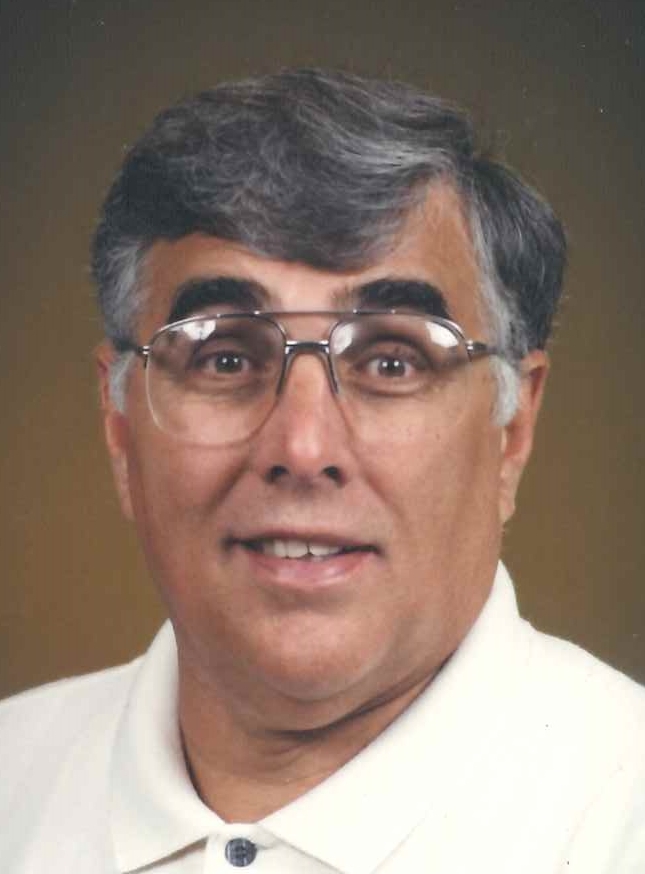 July 27, 1940 – May 12, 2018
Virgil LeRoss “Le” Corbin, 77, of Bedford died at 10:45 p.m. on Saturday, May 12, 2018, at his residence.
Born July 27, 1940, he was the son of George and Mamie (Salts) Corbin. He married Jan Crutchfield on March 25, 1967 and she survives. He was an engineer, retiring from General Motors in 1990. Le never stopped learning and was still engineering this winter in Florida. He converted a trailways bus into a motorhome after his retirement. Le had a deep faith and witnessed by example. He was affiliated with the Church of God of Anderson, and most recently attended Donica Church of God. He loved to travel, bird hunt, fish, play cards with family and friends. Vacationing with family was very important to him, especially annual trips to Michigan and Florida. Visiting every state in the US, he especially loved Florida, Alaska, and Colorado. He was an avid Red Sox fan. He loved being “Pop” to his grandchildren.
Survivors include his wife, Jan of Bedford; two sons: David Corbin and Brandi, and Michael Corbin and his wife Jerri, all of Bedford; six grandchildren, Jordan and his wife Allison, Jon, Sydney (his favorite granddaughter), Tucker, Houston, and Wyatt; one brother, Gary Corbin and his wife Sheila of MI.
He was preceded in death by his parents.
Funeral Services will be held at 11 a.m. on Wednesday, May 16th in the Elmwood Chapel of the Day & Carter Mortuary with Pastor Nouhad Melki and Randy Corbin officiating. Burial will follow in Green Hill Cemetery. Visitation will be from 2 p.m. until 8 p.m. on Tuesday at the Day & Carter Mortuary.
Family and friends may express condolences at www.daycarter.com
Gloria Dawn Canada – Bloomington 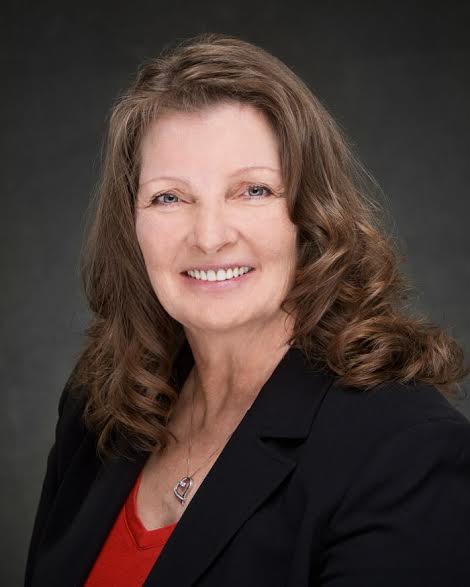 May 31, 1955 – May 12, 2018
Gloria Dawn (Harnish) Canada, 62, of Bloomington, died Saturday, May 12, 2018 at IU Health Hospice House.
Born May 31, 1955 in Muncie, IN., she was the daughter of Byrl and Phyllis (Hoskins) Harnish. She married Jeffrey S. Canada, on July 4th, 1987. Along with Jeffrey and Steve Connor, she was a co-founder and co-director of International Leadership Initiatives, Inc. and a former member of the Bloomington/Bedford MLS as a licensed Realtor. She was a member of Hillcrest Christian Church and the MIE Church in Anagni, Italy. For the past 12+ years Gloria has dedicated her life to mentoring and encouraging youth and young adults in as many as 20 countries. She has impacted many lives around the world, her legacy and influence will continue for generations.
Survivors include husband Jeffrey Canada; sisters, Kathyrn (Terry) Simmons and Linda (Harnish) Knapp; brother, Byrl (Lennie) Harnish, Jr.; son, Richard”Marc” (Shavonne) Jackson; daughters, Angela (Billy) Downing, Jennifer (Eric) McCormick; nephews, William Hollowell, Jonathon (Jodi) Knapp, Phillip (Becky) Hollowell, Jedidiah Johnson, Byrl “Trey” Harnish III, Clayton Lumpe; nieces, Stacy (Nick) Sheldon and Robin Lumpe; granddaughters, Savannah and Brooklynn Downing, Maliyah Hale, Arionna Jackson, Emily McCormick; grandsons, Brannon McCormick, Clayton McCormick, Mason, McCormick, Jonathon Wood, Phillip Downing, Robert Downing, Andrew Downing, Steven Hurst Jr., Roman Jackson, and Steven McGlocklin; great-grandchildren, Abigail Downing, Liam Downing and Bentleey McGlocklin.
Gloria would tell you she has many “adopted children from around the world, and she loved them all as her own. She is preceded in death by her father Byrl L. Harnish, mother Phyllis E. Harnish, and nephew Joseph E. Knapp.
A Celebration service will be conducted on Wednesday, May 16th  at 11 a.m., at Hillcrest Christian Church in Bedford, with Mark Fugate officiating. Visitation is from 4 p.m. until 8 p.m. on Tuesday at Hillcrest Christian Church and from 10 until the hour of service on Wednesday. The family asks that in lieu of flowers; friends consider memorial contributions be made to “The Italian Mission”, tax deductible donations can be made online @ www.intleader.org/support/ or checks can be made out to Hillcrest Christian Church, please mark “Italian Mission” in memo.
Family and friends may express condolences at www.daycarter.com.