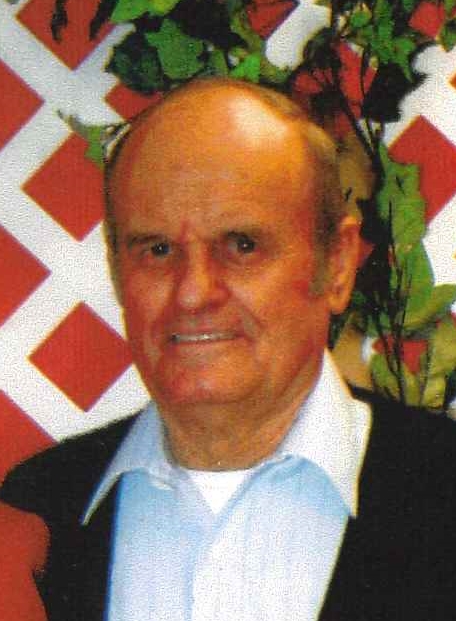 March 12, 1935 – April 26, 2018
Wayne Pridemore, 83, of Norman, died at 10:14 a.m. on Thursday, April 26, 2018 at I.U. Health Bedford Hospital.
Born March 12, 1935, in Lawrence Co., he was the son of Kirzey and Blanche (Davidson) Pridemore. He married Rose Stancombe on May 21, 1956 and she preceded him in death on March 21, 2014. He retired from Ralph Rogers Redi-Mix in 1992 and attended New Hope Church. He was a veteran of the U.S. Army serving during the Korean War.
Survivors include a son, Randy Wayne Pridemore and wife Kerri, of Franklin, TN; two daughters, Melanie Roberts of Mitchell and Lisa Hupp and husband, Mark, of Tifton, GA; eleven grandchildren; twenty-one great grandchildren; two sisters, Cathleen Careas of Chicago, IL, Helen Ackerman, of Georgia; three brothers, Roy Pridemore, of Indianapolis, IN, Charles Pridemore and wife, Paula, of Greenwood, and Stanley Pridemore and wife, Marcella, of Mooresville.
He was preceded in death by his parents, his wife, ten brothers, Leon, Clarence, Ronald Eugene, Henry Jacob, Kenneth, Winford, Harold Dean, Jimmy, Marvin, and Mike Pridemore; five sisters, Mary Jane Pace, Carolyn Anderson, Juanita Pridemore, Lois Johnson, and Eva Garrison.
Funeral services will be conducted at 2 p.m. on Monday, April 30th in the Elmwood Chapel of the Day & Carter Mortuary with Harold Godsey officiating. Burial will follow in Hickory Grove Cemetery. Visitation will be from 10 a.m. until 2 pm on Monday, April 30th at the Day & Carter Mortuary.
Family and friends may express condolences at www.daycarter.com.
Patricia Ann (Jones) Brettnacher – Beaumont, TX 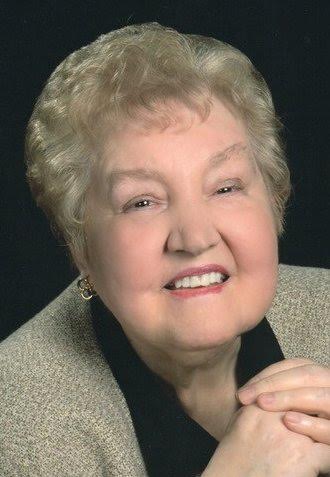 February 1, 1036 – April 22, 2018
Patricia Ann Brettnacher, 82, Beaumont, TX, died peacefully at home at 7 p.m. Sunday, April 22, 2018. Her last breath came during the last decade of the Rosary that her family was praying by her bedside.
This liturgical year, April 22 was the date that the Roman Catholic Church celebrated as “Good Shepherd Sunday, which seemed fitting and brought great comfort to the family.
Born February 1, 1936, in Daviess County, IN, she was the daughter of the late Lawrence Jones and Lucine (Padgett) Jones.  On Aug. 30, 1958, she married Philip A. Brettnacher, Jr.  They were married 50 years.  He died in 2008.
She was a graduate of Klondike High School in West Lafayette, IN, Class of 1954, and Purdue University
Class of 1958, where she received a Bachelor of Science degree in Home Economics.  She was a
homemaker, enjoyed cooking, gardening, and had lovely flower gardens.
She was a member of St. Jude Catholic Church in Beaumont, TX, where she attended daily Mass.  Prior to moving to Texas, she had been a member of St. Vincent de Paul Catholic Church in Bedford, IN for many years, where she and her husband were involved with the local chapter of the St. Vincent de Paul Society. She was also involved with the Ladies of Columbus, a Ladies Auxiliary organization for the Knights of Columbus in Bedford. In 1967, while living in Loogootee, she joined the Daughters of Isabella, another Ladies Auxiliary of the Knights, where she served as secretary. In 1968, she joined the Tri Kappa Service Sorority, a unique philanthropic organization existing only in the State of Indiana.
Survivors include one daughter, Mary (Christopher) Cullather of Beaumont, TX; two sons, Jeffrey (Ellen) Brettnacher of Murphy, TX and Barton Brettnacher of Bargersville, IN; two sisters, Mary Jane (Bob) Lannerd and Carolyn McKay of West Lafayette; one brother, Larry (Tina) Jones of Lafayette; and several nieces and nephews.
A Funeral Mass will be held at 11 a.m. on Thursday, May 3, 2018 at Church of the Blessed Sacrament Catholic Church in West Lafayette, IN. There will be a Rosary recited before the Funeral Mass at 9:40 a.m. with a visitation at the church between 10 a.m. and 11 a.m.  Burial will follow the Funeral Mass at St. Boniface Cemetery in Lafayette (Section J, Juan Diego). A reception at Blessed Sacrament will take place after the burial.
Those wishing may contribute in Patricia’s name to MD Anderson Cancer Center in Houston, TX.
You may sign the guest book and leave memories at www.soller-baker.com
Carolyn J. Broughton – Williams 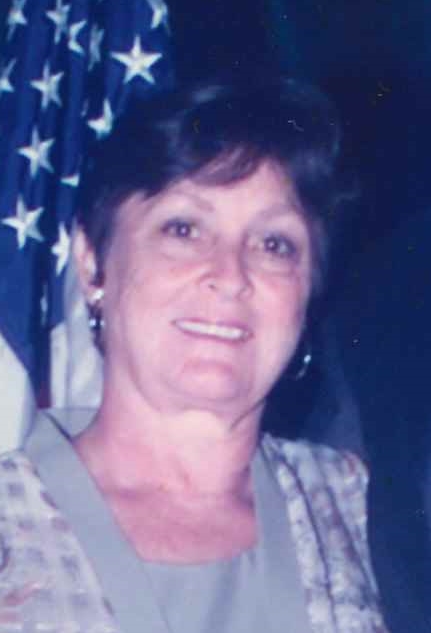 January 16, 1945 – April 26, 2018
Carolyn J. Broughton, 73, of Williams, died at 11:25 a.m. on Thursday, April 26, 2018 at Todd Dickey Nursing Home in Levenworth, IN.
Born January 16, 1945 in Lawrence Co., she was the daughter of William E. and Vivian V. (Goen) Harrison. She
married Frank D. Broughton on June 14, 1975 and he survives. She retired from NSWC Crane and attended
Englewood Baptist Church. She was a member of the American Legion and D.A.V. Ladies Auxiliary.
Survivors include two daughters, Donita G. Day, of Loogootee and Rebecca A. Cantrell, of Indianapolis; a son, Michael D. Perry, of Springville; a step-daughter, Rhonda L. Carr, of Loogootee; two step-sons, Steven R. Broughton, of Crestview, FL and Douglas Broughton, of Pennsylvania; two sisters, Vivian M. Harrison, of Bedford and Patty J. Moore, of Indianapolis; two brothers, William R. and Freddie E. Harrison, both of Bedford; six grandchildren; seven step-grandchildren; several great grandchildren.
She was preceded in death by her parents, a brother, Larry E. Harrison and a sister, Betty White Wade.
Funeral services will be conducted at 11 a.m. on Monday, April 30th in the Elmwood Chapel of the Day & Carter Mortuary with Rev. Richard Tallman and Rev. Stanley Kelley officiating. Burial will follow in Cresthaven Memory Gardens. Visitation will be from 2 p.m. to 6 p.m. on Sunday, April 29th at the Day & Carter Mortuary.
Family and friends may express condolences at www.daycarter.com.
Alfred Dean Walls – Shoals
September 25, 1930 – April, 26, 2018
Alfred Dean Walls, 87, of Shoals, passed away at 12:05 a.m. on Thursday, April 26, 2018 at The Timbers in Jasper.
He was born on September 25, 1930 in Martin County to Joseph and Neva (Self) Walls. He married Becky Akles on October 9, 1968 and she preceded him in death on October 18, 2014. He attended school in Martin County, retired from Jefferson Trucking and enjoyed gardening, hunting, fishing and loved being outdoors. He also was a Veteran of the United States Army.
He is survived by his daughters, Julie Jones and husband Darrin of Shoals and Jennifer Phillips and husband Chad of Shoals; sons, Joe Walls of Shoals, Jim Walls of Shoals, grandchildren Austin Myers, Madison Jones, Darrin Ray Jones, Tyler Williams and Kelton Williams; one brother Joey Walls of Shoals; four sisters, Caroline Lundy of Loogootee, Nancy Moore of Bedford, Bonnie Jo Goodpasture of Paoli and Beverly Shedd of Bloomington.
He is preceded in death by his parents, wife Becky and two brothers, Delbert Walls and Frank Walls.
Funeral services will be at 11 a.m. Monday at the Queen-Lee Chapel in Shoals with Bro. Wayne Pendley officiating. Burial will be in the Spring Hill Cemetery. Visitation will be 2 p.m. until 6 p.m. Sunday at the funeral home.