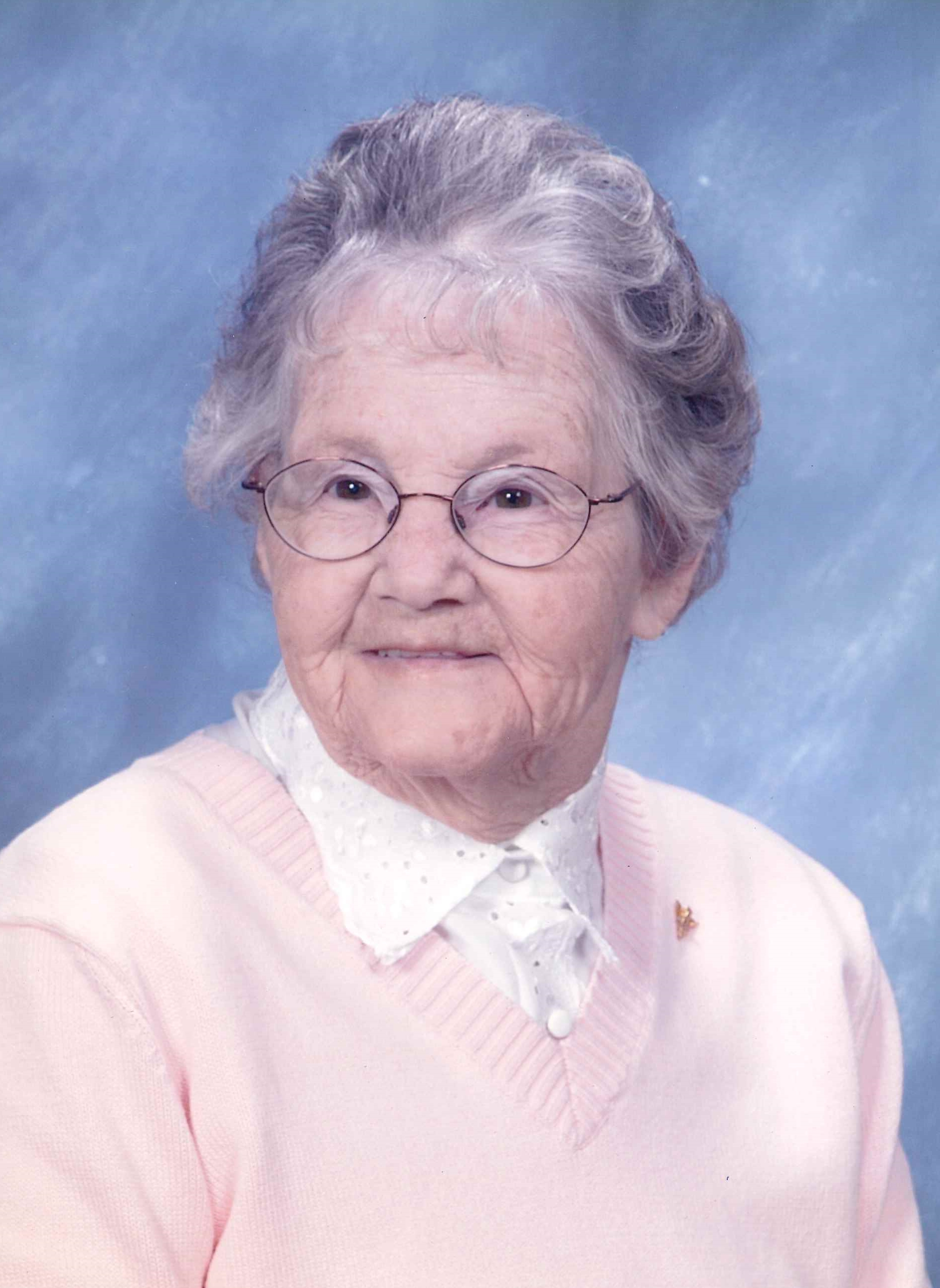 September 17, 1921 – April 9, 2018
Juanita L. Sykes, 96, of Bedford, died at 11:35 a.m. on Monday, April 9, 2018 at her residence.
Born September 17, 1921 in Lawrence Co., she was the daughter of Roy F. Owens and Mabel (Borders) DeFord. She married Glen Sykes and he preceded her in death on September 16, 2003. She was a graduate of Needmore High School with the class of 1940, and a recipient of the 2013 Ray Fry Outstanding Alumni Award. She retired from General Motors and was a member of the Englewood Baptist Church and the Order of the Eastern Star, serving as Worthy Matron. She was active in T.O.P.S., a volunteer at Bedford Medical Center, and was an avid bowler to include serving as league secretary and being inducted in the Bedford Women’s Bowling Association Hall of Fame (1997).
Survivors include two sons, Charles Gratzer (Elizabeth), of Rushville and Tony Sykes (Kimberly), of Greenwood; nine grandchildren; nine great-grandchildren; one great-great grandchild; a brother, Terry Owens, of Bedford. She was preceded in death by her parents, her husband, Glen, two daughters, Donna Hawkins and Betty Arnold, and seven siblings.
Mrs. Sykes wished to acknowledge very special friends that touched her life to include Steve and Don Gratzer, and Patty and Nellie Turner.
Funeral services will be conducted at 2:00 pm on Friday, April 13th in the Elmwood Chapel of Day & Carter Mortuary with Pastor Bryan Duby officiating. Burial will follow in Beech Grove Cemetery. Visitation will be from 10 a.m. until the hour of service on Friday at the Day & Carter Mortuary.
Family and friends may express condolences at www.daycarter.com.