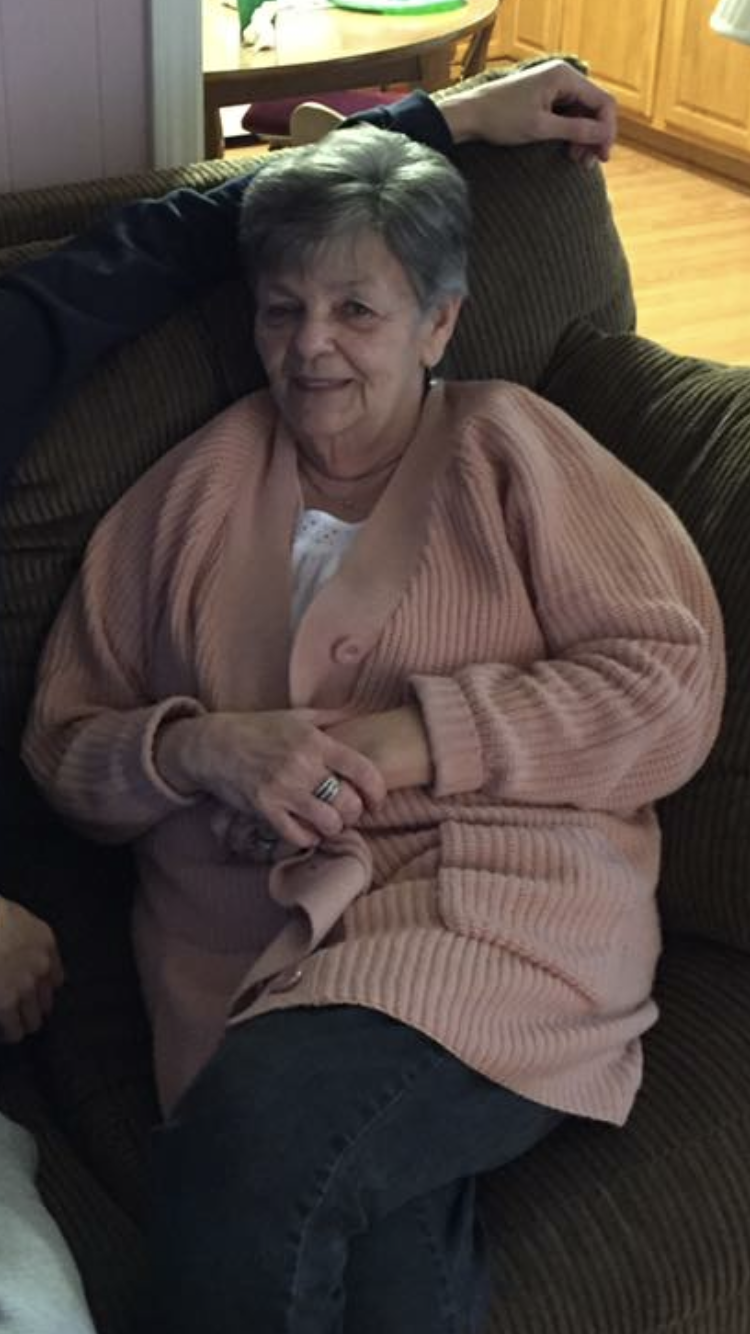 April 14, 1942 – April 3, 2018
Carole Diane (Kopp) Allen, 75, of Indianapolis, died at St. Vincent Hospital, Indianapolis, Indiana.
Born April 14, 1942 in Lawrence County, she was the daughter of Warren Kopp and Charles and Juanita (Hawkins) Todd. She married Dwight Allen on April 15, 1961, and he survives.
Carole graduated from Shawswick High School, class of 1960 and worked as a secretary for Monroe Guaranty Insurance.
Surviving with the husband are children Jeff (Pam) Allen and Lisa Clark. Grandchildren Samantha Jo Clark, Todd Allen Clark, Joshua Allen, Ashley (Bryan) Stahl, Catherine (Levi) Caudill, and Maria (Daulton) Anderson. She had one great grandchild, Brinlee; two brothers, Tim Todd and Warren “Chuck” Kopp and several nieces and nephews.
She was preceded in death by her parents.
Funeral service will be on Monday, April 9, 2018, at 1 p.m. at the Ferguson-Lee Chapel of Thorne-George Family Funeral Homes, with pastor John Fiene officiating. Friends may call from 10 a.m. until 1 p.m. the day of the funeral. Burial will be at Cresthaven Memory Gardens.
Online condolences may be sent to the family at www.fergusonlee.com.
Buddy D. Fields – Owensburg
November 27, 1936 – April 4, 2018
Buddy D. Fields, 81, of Owensburg, passed away at 1:05pm on Wednesday, April 4, 2018, at home.
He was born November 27th, 1936, in Owensburg to Dennie B. Fields and Lillian B. (Thomas) Fields.
He attended Owensburg and Oolitic schools with the class of 1955.
He married Anna M. Van Slyke on May 23, 1958, in Williams, Indiana, and she survives.
He was a retired stone mason for more than 50 years. He was also a former Jackson Township Trustee and Advisory Board Member. He attended Owensburg Baptist Church.
Surviving with his wife are their children, Toby (Marilyn) Fields of Mitchell, Tammy (Gary) Summitt of Bloomfield, and Troy (Sandy) Fields of Owensburg. There are 7 grandchildren and 12 great grandchildren. He was preceded in death by his parents, one brother, Bryant Fields, and one sister, Donna Helton.
Graveside services was 11am Saturday, April 7th at Owensburg Cemetery with Phil Thorne officiating. No visitation is planned. There was a gathering at the Owensburg Baptist Church Fellowship Hall immediately following the graveside service.
Memorial Contributions should be made to the Lawrence County Cancer Patient Services.
Online condolences may be sent to the family at www.fergusonlee.com