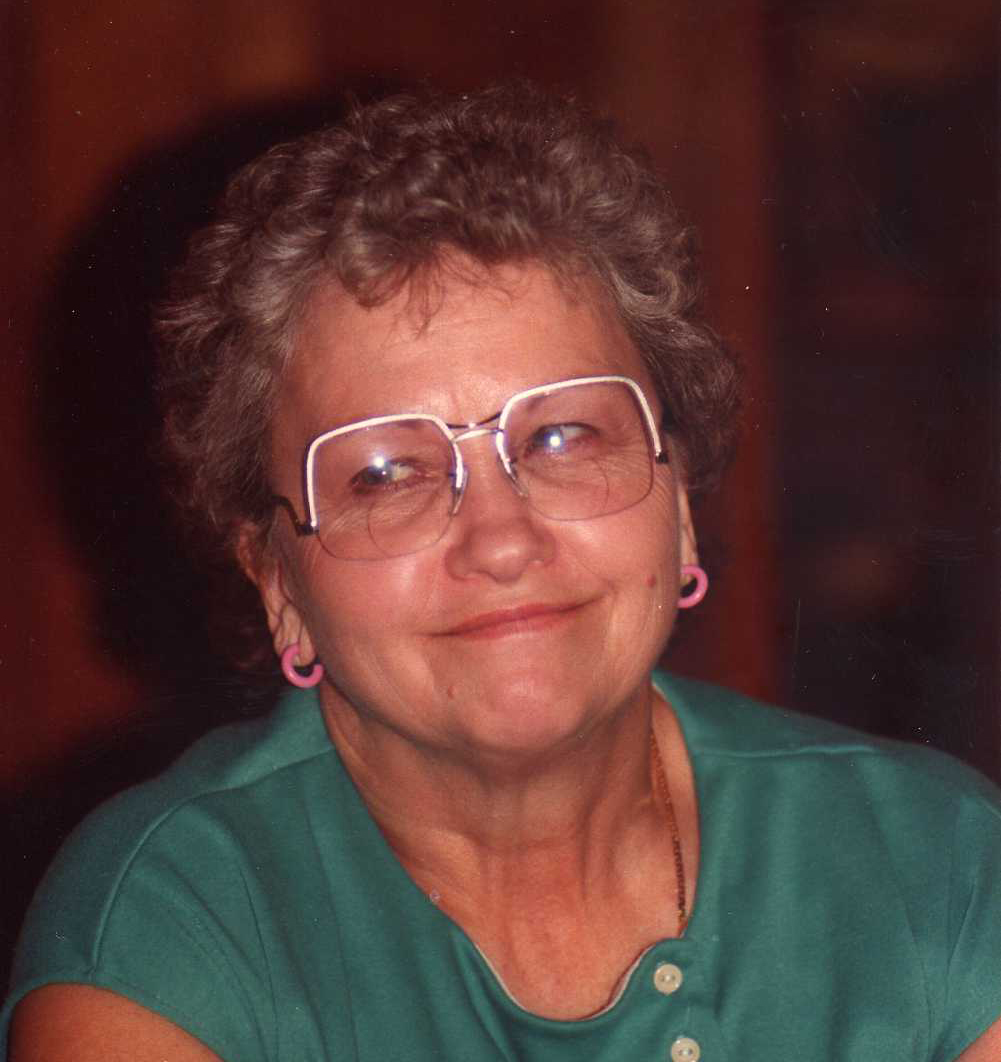 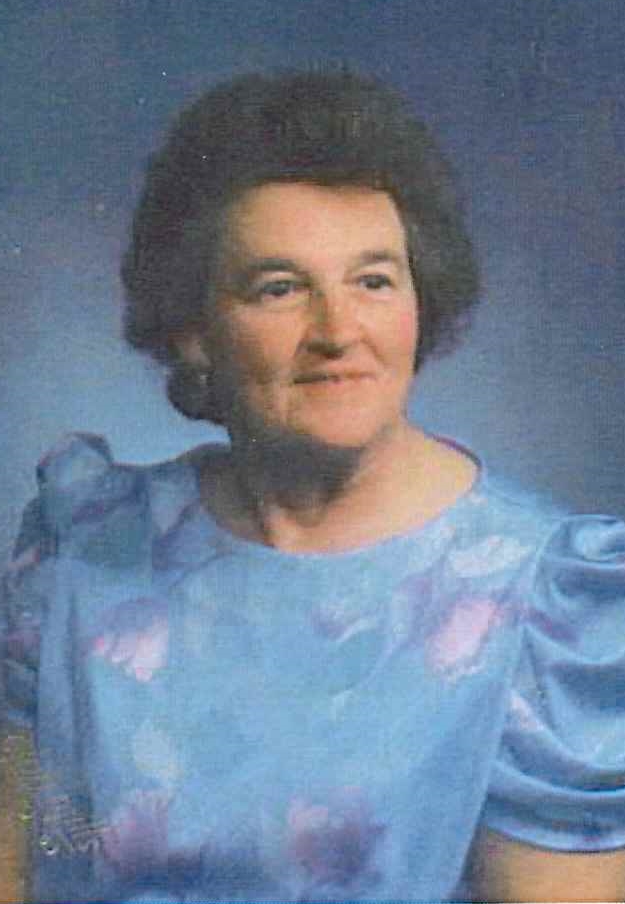 July 11, 1934 – March 4, 2018
Alice M. Stearns, 83, of Mitchell, formerly of Bedford, died Sunday, March 4, 2018 at Mitchell Manor.
Born July 11, 1934 in Lawrence County, she was the daughter of Henry Thomas and Lillie Mae (Box) Jenkins, one of 12 and all her brothers and brothers-in- law had eventually served in the military. She graduated from Shawswick High School and was also Senior Prom Queen. She was thrilled to save enough money from working at Kresge’s to travel to Washington DC with her graduating class. She married Raymond Edward Stearns on July 2, 1953, whom she had known since they were children.
They married in her oldest brother Art & Nora Jenkins’ home. She and Ray traveled with the Army and also vacationed whenever possible. They shared many friends & family and acquired a cherished extended family along their journey; stateside and overseas. She was most proud to wear the title of Mrs. Sergeant Major Stearns when Raymond he retired. Her role as a wife, mother, Christian, musician and homemaker remained her mission throughout their marriage and during her natural life, and treasured being Grandma Alice. She was a skilled seamstress, enjoyed embroidery, cooking and crafts, but mostly spending time with family. Being a military wife, she often had to endure long separations from her beloved husband. She was much stronger than even she would ever give herself credit. She was a lifetime member and 3rd generation of the Salvation Army Church and family. Survivors include three daughters, Terri Lea Stearns, of Mitchell, IN,
Tammy Lynn Wollaston Stearns, of Pringle, SD, and Tracy Louise Page and husband, Patrick Atkinson, of Bedford, IN;
grandsons, Jason E. Martin and wife, Kara, Curtis A. Scott, all of Mitchell and William “Billy” James Cox V, Colorado Springs; granddaughters, Jennifer Hsu-Robinson and husband, Rob Robertson, Bedford, Heather M. Cox, (Greg Bodeker) & great granddaughters Addison Marie, Robins, IA, great granddaughter Bailey, great grandsons Connor & Cian, IA; Granddaughter Katherine R. Jastremski-Cox (David Jastremski) and great grandson Kaiden Joshua; Granddaughter, Monica Wollaston, great granddaughters, Leah and Bella Brasuell, & grandson Timothy Wesley Wollaston, Arlington, TX; two brothers, Joe Jenkins & wife, Ida Mae, John Jenkins & wife, Jetta all of Bedford; a sister, Zella Rose, of California. Also, surviving are her Stearns family and sisters-in- law, Shirley Cole, Santa Maria, CA, Norma Jean Foster, Tipton, TN, Delores Hopper, Mitchell, IN, & Connie Jenkins, of Bloomington, IN, and their families. Mother-In- Law Georgia Elizabeth Stearns passed in 1976.
Her brothers-In- laws Robert & Ronald Stearns, & Roger Davis, also preceded her in death as well as her parents, three brothers, Arthur, Hubert, and Perry Jenkins; four sisters, Helen Cazee, Ethel Allen, Leatha McCormick, and Janet Eagan; a sister-in- law, Annabelle Jenkins; a son-in- law, Tim Wollaston, Mesquite, TX & SD and several other in-laws and cousins. She knew and loved 108 nieces & nephews on the Jenkins side and their families.
Alice lost her soulmate March 8, 2011 and has been searching for him ever since. She has left a legacy of love instilled in all that have known her, and her memories will be shared in our hearts through words, music and pictures for many years and generations that follow. She has given up her crown to be fitted for a halo. Rest In Peace Alice Marie
Funeral services will be conducted at 2 p.m. on Wednesday, March 14th in the Elmwood Chapel of the Day & Carter Mortuary with Ray Briggs officiating. Burial will follow in the Mitchell Cemetery. Visitation will be from 4 p.m. until 8 p.m.
on Tuesday, March 13th at the Day &Carter Mortuary.
Family and friends may express condolences at www.daycarter.com.
Jane B. Flinn – Bedford 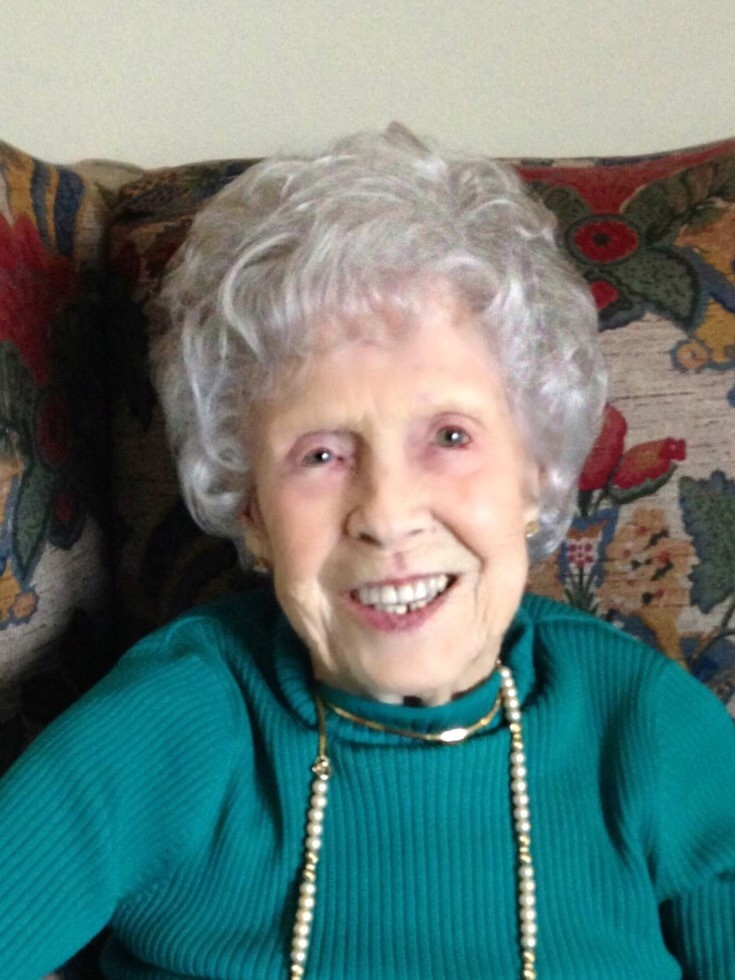 August 3, 1922 – March 2, 2018
Alma Jane B. Flinn, 95, of Bedford and Bloomington passed away March 2 at her residence in Irving, TX.
Jane was born August 3, 1922 to James Loran and Frances Burks of Ellettsville. She was a devoted wife, mother, grandmother, great grandmother, sister and friend.
She is preceded in death by her husband J. Robert “Bob” Flinn, her daughter Judith K. Murray of Bedford and Little Rock, Ark., her granddaughter Jane K. Murray of Little Rock, her brothers Jack and James Burks, and sisters Marguerite Delaney and Virginia Riggs.
She is survived by her sister Fredonna Curry of Bloomington, son in-law Mike Murray of Little Rock, Ark., two grandsons Michael Murray of Chapel Hill, N.C. and Patrick Murray of Irving, Tex., and four great grandchildren Miles Murray (Emilie) of Perth, Australia, Clare Murray of Austin, Tex., Eleanor Murray of Chapel Hill, N.C., and Izgi Ozel of Los Angeles, Cal.
Jane worked in cost accounting for the Department of the Navy during World War II and soon after at Central Foundry in Bedford. There she met a handsome young naval veteran named Bob Flinn, whom she eventually married, and theirs was a beautiful marriage until his death in 2015.
Jane also became a sought after court reporter handling legal depositions throughout Southern Indiana, and Bob was always there to proofread every word. Jane was a member of the Dunn Memorial Hospital Board of Directors during its period of expansion, as well as the Dunn Foundation. She was a charter member of the Dunn Auxiliary Pink Ladies. She served many years at St. John’s Episcopal Church of
Bedford.
Jane was very talented in needlework, knitting, gardening, and loved to cook and bake. She was always proud of her garden, especially her roses and pansies.
Funeral services will be at 11 a.m. on Friday, March 9th in the Elmwood Chapel of the Day & Carter Mortuary with Rev. Joan Smoke officiating. Visitation will be from 9:00 am until the hour of service on Friday March 9th at Day and Carter Mortuary.
In lieu of flowers, memorials may be made to Bedford North Lawrence Scholarship Foundation, Attention: Kim Gillespie, P.O. Box 729, Bedford, Indiana 47421. Please state “in memory of Jane and Bob Flinn”.
Family and friends may express condolences at www.daycarter.com.