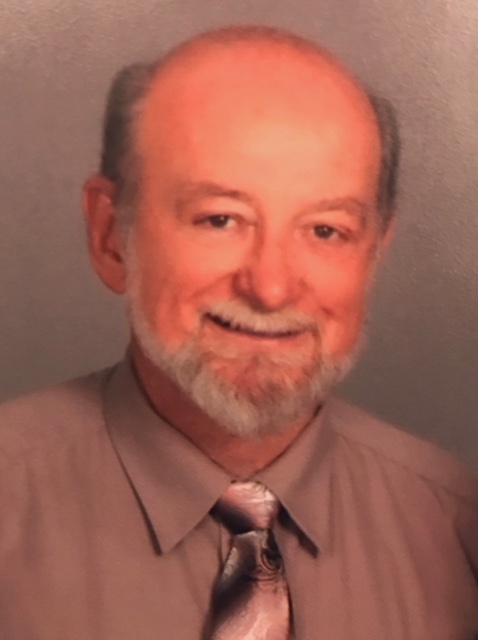 January 14, 1948 – February 8, 2018
Michael Harold Hilkey, 70, of Bedford passed away suddenly at St. Vincent Dunn Hospital on Thursday, February 8, 2018.
He is now sheltered in the arms of our Lord, but is immensely missed by his loving family. He was born on January 14, 1948, in Glenwood Springs, CO, to Harold and Mary (Hersey) Hilkey. He was a graduate of Whiting H. S. and in 1970 from Rose – Hulman Institute of Technology with a B. S. in Mechanical Engineering. Michael married Gloria N. Cummings on March 6, 1976, and she survives.
He was a power plant turbine generator specialist for the General Electric Chicago office from 1970- 1975. He spent a year with Weston Paper Company in Terre Haute, where he and Gloria lived at the time. In 1977 he worked once again with G.E.’s Chicago office; transferring in 1978 to the G.E. Indianapolis office. Beginning in 1987 he commuted 15 years from Bedford to Indianapolis Power & Light as an engineer. He returned to GE based from the Cincinnati office in 2001 & retired in Dec. 2009. Michael traveled the world for GE; Indonesia, Puerto Rico, Japan, etc. as well as all over the U.S. He also worked on a survey/timber crew in Alaska two summers during college. He fulfilled a dream to show Gloria that great state in 2008; a highlight of their lives. He and Gloria traveled the country extensively with their children, including Hawaii.
As a member of First Baptist Church, Michael served as trustee and enjoyed the Christian Fellowship class very much. He was a wonderful friend and neighbor; helping any way he could when needed. Being an active member of the Lawrence County Beekeepers Association, tending to his hives brought him joy. He loved carpentry and completed numerous projects and extensive home improvements.
Besides his wife , survivors include daughter, Tracey C. Powers and husband Ryan, of Belvidere IL; son, Dustin M. Hilkey and his wife , Ashley, of Bloomington; son, Anthony “Tony” J. Hilkey and wife , Melissa of Bedford; three grandchildren , Kyndall and Dempsey Powers, and Baby Boy Hilkey; one brother, Jack Hilkey and wife , Joyce, of Denver, CO; Aunt Loene Shoup of Durango, CO; plus several cousins, nieces and nephews, as well as his beloved furry canine friends, Teddy and Tuffy.
Michael was preceded in death by his parents and several aunts and uncles.
Funeral services will be conducted on Friday, February 16, 2018 at 1 p.m. at the First Baptist Church with Rev. Nathan Sundt and Rev. Lee Brown officiating. Michael will be laid to rest at Cresthaven Memory Gardens. Visitation will be from 2 p.m. until 8 p.m. Thursday at Ferguson-Lee Chapel of Thorne-George Family Funeral homes.
In lieu of flowers memorial contributions may be made to the First Baptist Church.
Online condolences may be sent to the family at www.fergusonlee.com.
Morris D. Norman – Bedford 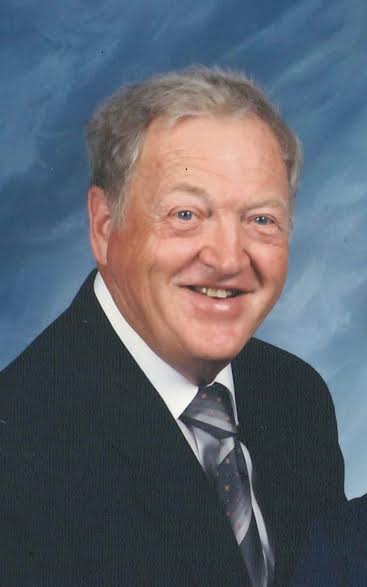 May 28, 1929 – February 11, 2018
Morris D. Norman, 88, of Bedford, died at 8:03 p.m. on Sunday, February 11, 2018 at I.U. Health Bloomington Hospital.
Born May 28, 1929, in Bedford, he was the son of Clifford and Bernice (Cummings) Norman. He married Jeanette Bailey on May 6, 1996 and she survives. He was a tool and die maker and a supervisor at General Motors. He was a member of the Dive Christian Church.
Survivors include his wife, Jeanette, of Bedford; a son, Brett Norman and wife, Susan of Round Rock, TX; two daughters, Diedra Wykoff of Bloomington, IN and Rhonda Whitehead and husband, Roy of Seattle, WA; four grandchildren, Parker Norman, Greta Wykoff, Jeff Wykoff and Jessica Loffredio; three great grandchildren; 2 step-daughters, Connie Cummings (Alan), and Vicky Simmons (Steve) all of Bedford; three step grandchildren; six step great grandchildren; a sister, Oweetah Blackburn of Indianapolis.
He was preceded in death by his parents, his first wife, Joanne, and a grandchild, Parker Whitehead.
Funeral services will be conducted at 11 a.m. on Thursday, February 15th in the Elmwood Chapel of the Day & Carter Mortuary with Rev. Joe McAdams and Roy Whitehead officiating. Entombment will follow in Cresthaven Mausoleum. Visitation will be from 4 p.m. to 8 p.m. on Wednesday, February 14th and from 9 a.m. until the hour of service on Thursday, February 15th at the Day & Carter Mortuary.
The family asks that friends consider memorial contributions be made to the Lawrence County Community Foundation.
Family and friends may express condolences at www.daycarter.com.
Richard Max Wright – Bedford 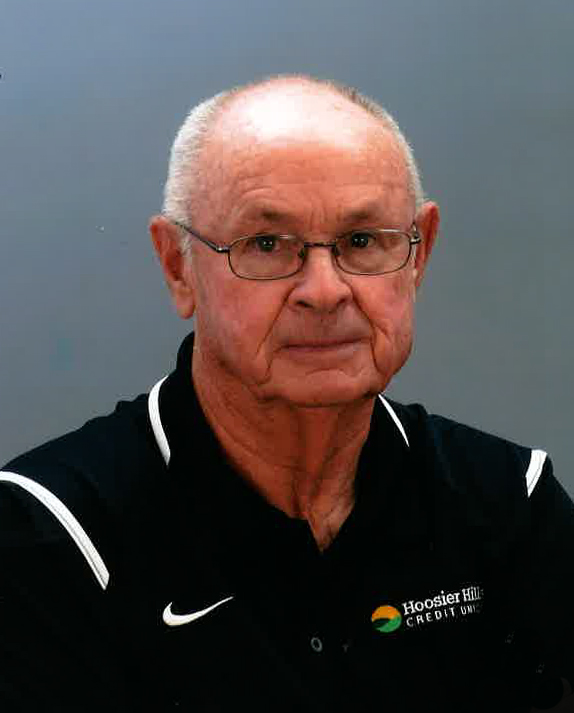 December 1, 1942 – February 11, 2018
Richard Max Wright, 75, passed away Sunday, February 11, 2018, at Indiana University Health Methodist Hospital in Indianapolis.
Born December 1, 1942 in Tunnelton, he was the son of William and Katherine (McCart) Wright. He married Cyndia Lou Hollars October 27, 1962.
Max retired from General Motors with 34 years of service. He was a member of Clearview Baptist Church, and a board member of Hoosier Hills Credit Union and Tunnelton Cemetery. Max graduated from Tunnelton High School in 1961 and scored more than 1000 points for the Tunnelton Indians Basketball Team. He was an avid gardener and enjoyed swimming, fishing, and hunting.
Survivors include his wife, Cyndia Wright of Bedford; children, Shelli (Steve) Warren of Bloomington, Richard Max (Christine) Wright, Jr. of Zionsville; grandchildren, Asheli Bridwell, Katie Wright, Derek Wright, Carson Wright, and Caleb Wright; brothers Billy (Boots) Wright of Tunnelton and Michael Wright of Buddha
His parents preceded him in death.
Funeral service will be at 11 a.m. Wednesday, February 14, in the Memorial Chapel of Chastain Funeral Home & Cremation Center with Pastor Rob Lanham officiating. Burial will be in Tunnelton Cemetery. Friends may call from 4 p.m. until 7 p.m. Tuesday and from 10 a.m. until the service on Wednesday at the funeral home.
Memorial Gifts can be made in Max’s memory to Clearview Baptist Church, 1401 22nd Street, Bedford, 47421.
Condolences may be sent to the family at www.chastainfuneralhome.com
W. Leon Mathews – Bedford
November 26, 1925 – February 10, 2018
W. Leon Mathews, 92, of Bedford, died at 12:12 p.m. on Saturday, February 10, 2018 at Westview Nursing and Rehabilitation.
Born November 26, 1925 in Buddha, he was the son of Delbert and Hazel (Greene) Mathews. He married Anna
Mary Harris on January 7, 1947 and she survives. He retired as a Die Setter at Central Foundry. He was an
eighty-year member of the White River Baptist Church, a fifty-five year member of the Medora Masonic Lodge #328
F & AM, and a sixty year member of the K.P. Lodge. He served several years on the Lawrence County 4-H Fair
Board.
Survivors include his wife, Anna Mary, of Bedford; a daughter, Jane Bierbaum, and husband, Robert; a son, Bill
L. Mathews and wife, Lisa; four grandsons, Dean Bierbaum and wife, Christy, and Mike Bierbaum and wife, Jen, Scott
Mathews and wife, Ashley, and Jacob Mathews; three great grandsons; one great granddaughter; one great great
grandson; several nieces and nephews.
He was preceded in death by his parents, three brothers, Chester, Clyde, and Vernon; two sisters, Helen Holt and Eileen Jenkins; a daughter, Jennifer Ann (in infancy).
Funeral services will be conducted at 10 a.m. on Wednesday, February 14th in the Elmwood Chapel of the Day & Carter Mortuary with Bro. Robert Bierbaum officiating. Burial will follow in the White River Baptist Cemetery. Visitation will be from 2 p.m. to 8 p.m. on Tuesday, February 13th at the Day & Carter Mortuary where a Masonic Service will be conducted at 7:30 p.m.
Family and friends may express condolences at www.daycarter.com.
Vernon Jack Allen – Bedford 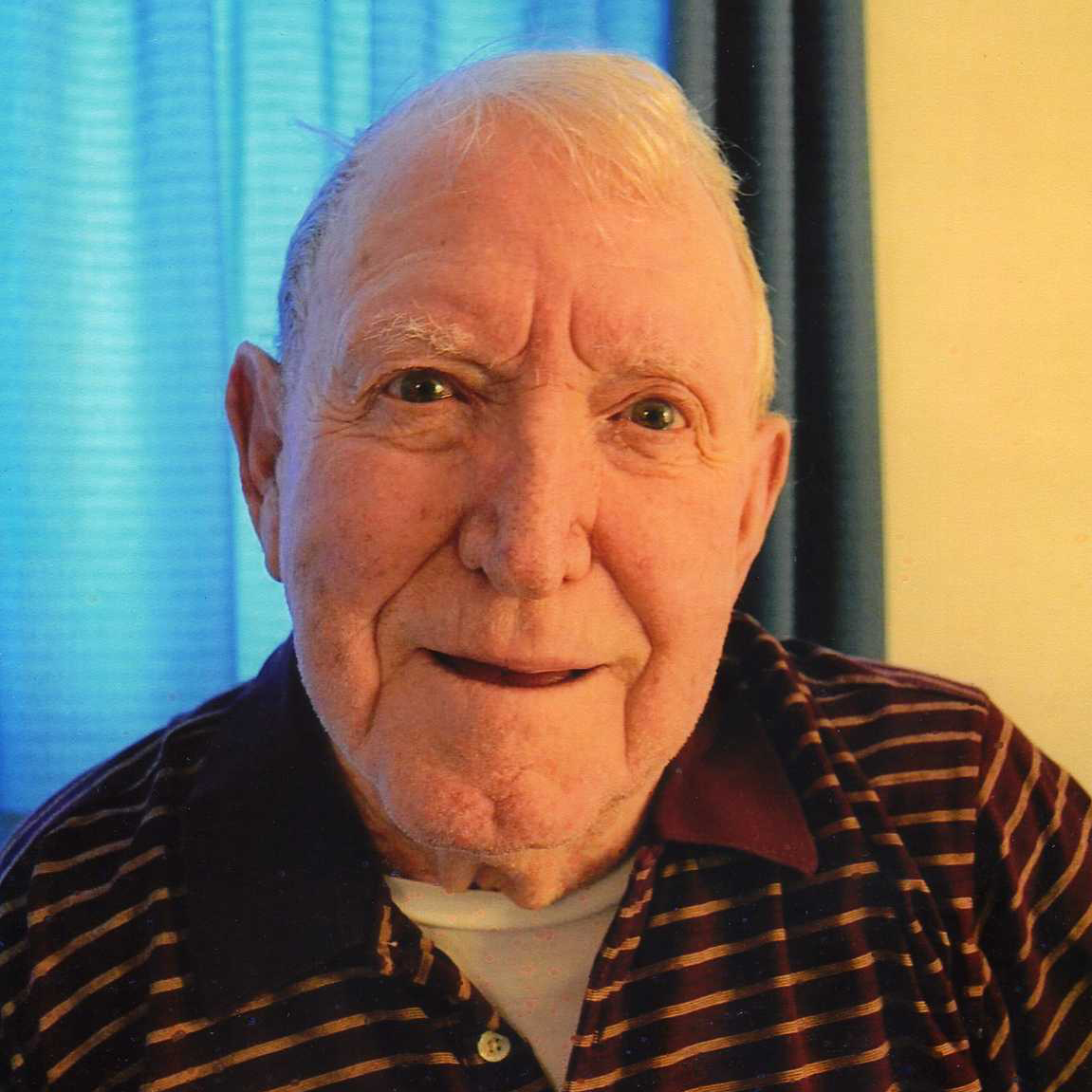 August 28, 1935 – February 9, 2018
Vernon Jack Allen, 82, of Bedford, passed away on Friday, February 9, 2018 at White River Lodge, Bedford.
Born August 28, 1935, in Fort Ritner, Indiana; he was the son of Walter Ray and Bertha Mae (Gallion) Allen. He was a retired drywaller and plasterer. Jack was a member of the Bedford Eagles Lodge.
Surviving are four children, Roger (Marlene) Allen, Wilma Root, Kathy McDonald, all of Bedford, and Vern Allen, of West Baden; six grandchildren, Jonathan (Crystal) Allen, Jason (Rachael) Allen, Kentlee (Christina) Root, Kaylen (Mitchell) Ramsey, Anthony McDonald, and Matthew McDonald; eleven great-grandchildren; and one sister, Shirley Staggs, of Buddha.
He was preceded in death by his parents; two sisters, Betty and Mae; three brothers, George, Bid, and Harry; and one son, Anthony Wayne, in infancy.
Funeral service will be at 1 p.m. on Monday, February 12, 2018, at the Ferguson-Lee Chapel of Thorne-George Family Funeral Homes, with Roger Allen officiating. Burial will be in Dixon Chapel Cemetery. Visitation will be from 9 a.m. until the service hour at the funeral chapel.
Online condolences may be sent to the family at www.fergusonlee.com.
Max Wright – Bedford
Max Wright, 75, passed away Sunday, February 11,2018 at Indiana University Methodist Hospital in Indianapolis.
Visitation is from 4 p.m. until 7 p.m. Tuesday. Funeral service will be at 11 a.m. Wednesday at Chastain Funeral Home & Cremation Center. Burial will be in Tunnelton Cemetery.
Philip Eugene King – Huron 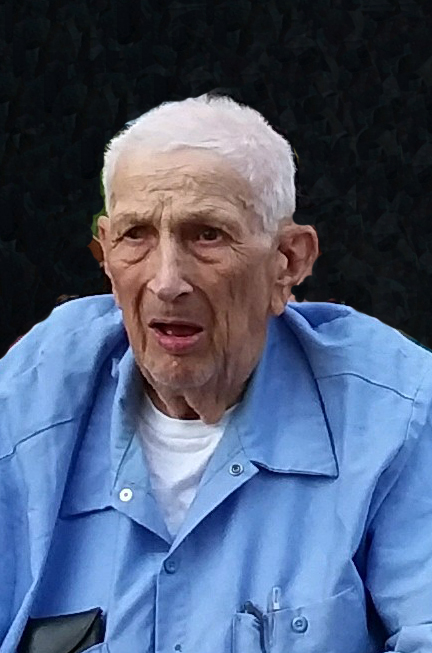