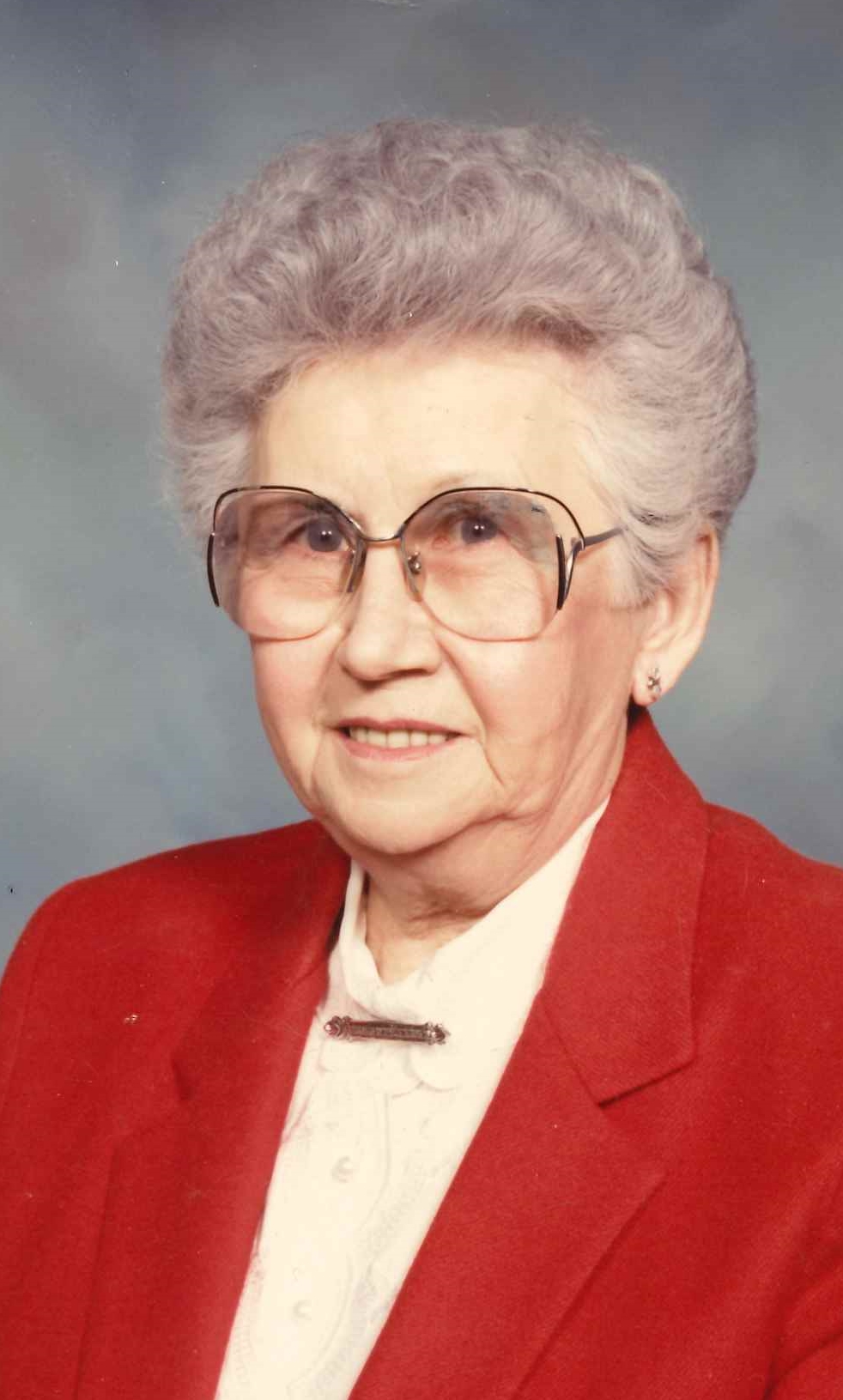 July 13, 1921 – January 18, 2018
Emily Flynn Fields, passed away peacefully at the home of her daughter, Edwina Flynn Glick, in San Antonio, Texas.
Emily was born July 13,1921, at home in Oolitic, IN to John P. and Nettie (Hardwick). Morrow.
She married Edward Flynn February 7, 1941. He passed away Decembet 5, 1983. She married Harley Fields in 1985.
Emily is survived by her daughter, Edwina Flynn Glick and son in law, Dan Glick, San Antonio, TX, granddaughter,
Melissa Lawmaster (Dennis Deppe), Glendale, AZ, grandsons, Rhett Lawmaster, Maricopa, AZ, Bradley Lawmaster
(Mindy),Green Cove Springs, FL, great grandchildren, Hannah, Emma, Jack and Sam Lawmaster, Green Cove
Springs, Fl. She Is also survived by nieces and nephews.
Emily graduated from Oolitic High School. She worked at Reliance in the 50's. Ed and Emily formerly owned the
Oolitic Cleaners and Hiway Market.
After selling the Hiway Market, she decided to go to beauty school. She graduated from Huffer Beauty College in
Columbus IN. She and her sister Eva Shultz drove to Columbus every day. After graduation from beauty school, Ed
and Emily moved to Joliet, Illinois. While living there Emily obtained her Illinois Cosmetology License. Upon moving
back to Oolitic, she opened Emily's Beauty Shop, which she operated for 35 years. After she closed her shop, she
worked at her sister's shop til she was 80 years old.
She loved being around her grandchildren and great grandchildren, always commenting how fast they were
growing. Emily loved joking with her son in law, Dan. They were always teasing each other. She also loved her
grand dogs, Chowder and Tracy, who loved to cuddle on her lap. Emily loved to crochet, sew, work crossword
puzzles, read, shop and travel.
In 2004, she moved to San Antonio and when Edwina and Dan moved to Sun City, AZ, she went with them. She
loved going to the senior center every day and driving her golf cart all over Sun City. Emily was a member of the
Olive Street Church Of Christ, Peoria AZ and the 2 nd Street Church of Christ, Bloomington, IN. After returning to San
Antonio, Emily lived in Assisted Living and returned to live with Edwina and Dan shortly before she passed.
She is preceded in death by her parents, husbands, Ed Flynn and Harley Fields, sisters, Eva Stultz (Celee), Clora and
Violet Morrow, brothers Carl (Mary), Starling (Louise), Jay, and Harrison Morrow, several nieces and nephews and
step-daughter, Rheadawn Flynn Gustus.
Funeral services will be conducted at 12:00 noon on Friday, January 26th in the Elmwood Chapel of the Day & Carter Mortuary. Burial will follow in Cresthaven Memory Gardens. Visitation will be from 10 a.m. until the hour of
service on Friday, January 26th at the Day and Carter Mortuary.
The family asks that friends consider memorial contributions be made to the American Cancer Society.
Family and friends may express condolences at www.daycarter.com
Wayne E. “Ed” Taylor – Bedford 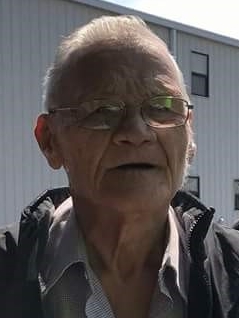 February 11, 1940 – January 23, 2018
Wayne E. “Ed” Taylor, 77, of Bedford, died Tuesday, January 23, 2018 at his residence.
Born February 11, 1940 in Lawrence Co., he was the son of Wilbur and Goldie (Lewis) Taylor. He married Judy Mitchell on October 10, 1966 and she preceded him in death on June 29, 2011. He was a truck driver for Kern Trucking for thirty-five years and a member of the Fayetteville Baptist Church.
Survivors include two sons, Wayne E. Taylor, Jr. and wife, Bonnie, of Bedford, and Travis Taylor, of Bloomington; a granddaughter, Samantha Taylor, of Bedford; six great grandsons, Kenny Gage Cahill, Kristopher Earnhardt Cahill, , Dominic Taylor and Dwayne Edward Taylor, Sean Miller, Bo Miller, and their mother, Charlotte Miller; a great granddaughter, Isabela Lou Phillips; four brothers, Gale Taylor, of Clearsprings, Carl Taylor and John Taylor both of Norman, and Merle Taylor, of Heltonville; two sisters, Ruth Taylor, of Norman, and Mary Pruett, of Freetown; several nieces and nephews.
He was preceded in death by his parents, his wife, three brothers, Dale, Dean, and Danny Lloyd Taylor; a grandson, Christopher Miller.
Funeral services will be conducted at 1 p.m. on Thursday, January 25th in the Elmwood Chapel of the Day & Carter Mortuary with Pastor Kenny Walden officiating. Burial will follow in the Fayetteville Community Cemetery. Visitation will be from 10 a.m. until the hour of service on Thursday, January 25th at the Day & Carter Mortuary.
Family and friends may express condolences at www.daycarter.com.
Robert Hunter – Bedford 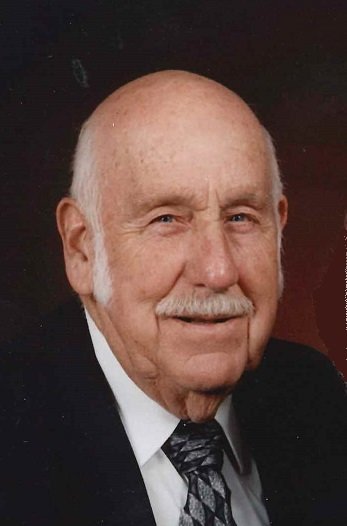 January 17, 1925 – January 21, 2018
Robert M. Hunter, 93, of Bedford, passed away on Sunday, January 21, 2018 at Garden Villa.
Born January 17, 1925 in Heltonville, he was the son of Lawrence and Ona (Speer) Hunter. Robert graduated from Shawswick High School in 1944. He married Bernadine Mitchner on April 12, 1945, and she preceded him in death. They were married sixty-eight years. Robert was a veteran of the U.S. Army serving in WW II in the Philippines. He was a life-long farmer and worked many years in the limestone industry where he was a stone estimator. He also worked in the hardwood business. Robert was a member of the Mundell Christian Church where he retired as a deacon and served many years as treasurer and board chairman/member. He was a member of the Bedford Masonic Lodge #14 F & AM.
Survivors include three children, Debora Bateman and husband, Donald James “Jim”, of Loogootee, Tammi Hooten and husband, Stephen, and Jon Hunter, all of Bedford; grandchildren, Scott Taylor, of Bloomington, Brian Taylor, and wife, Jessica, of Warsaw, Lesa Taylor and partner, Leia Fanelli, of Phoenix, AZ, Kevin Hooten, of Bloomington, Kyle Hooten and wife, Jessica, Klint Hooten and Katelyn Hooten, all of Bedford, Jessica Smith and husband, Eric, of Rossville, IL, Joni Jacobo and husband, Harrison, of Bargersville, Jeni Beasley and husband, James, of Mitchell; twelve great grandchildren.
Robert was preceded in death by his parents, three sisters, Cecelia Pearl Myers, Esther Almond and Ruth Whitted and a brother, Hubert Hunter.
Funeral services will be conducted at 2 p.m. on Friday, January 26th in the Elmwood Chapel of the Day & Carter Mortuary with Pastor John Wisley officiating. Burial will follow in the Mundell Christian Church Cemetery where military rites will be accorded by members of Gillen Post#33 American Legion. Visitation will be from 4 p.m. until 8 p.m. on Thursday, January 25th at the Day & Carter Mortuary with a masonic service conducted at 7 pm.
Family and friends may express condolences at www.daycarter.com.
Rex William Pruett – Campbellsburg
Rex William Pruett, 14, passed away Sunday at St. Vincent Salem Hospital.
Funeral arrangements are pending at Chastain Funeral Home & Cremation Center.
Betty Jane Richason – Mitchell
September 2, 1933 – January 22, 2018
Betty Jane Richason, 84, of Mitchell, passed away Monday, January 22, 2018, at the home of her daughter in Bloomington.
Born September 2, 1933, in Flora, she was the daughter of of Lawrence and Minnie (Birge) Spurgeon. She married Donald E. Richason July 31, 2004. She had been employed at Hospitality House and was of the Baptist faith. Betty enjoyed her family.
Survivors include her husband, Donald E. Richason of Mitchell; children, Teresa Jenkins of Monticello, Lisa (Wayne) Burkhart of California, Marlene Johnson of Mooresville, Peggy Smith of Bloomington, Randy (Angel) Chastain of Bloomington; 7 grandchildren; 7 great grandchildren
Her parents and siblings, Donna Davis, Opal Isom, Ruby Hinkle, Elizabeth Spurgeon, Joe Spurgeon, and Lawrence Spurgeon, Jr., preceded her in death.
Visitation will be from 5 p.m. until 7 p.m. Wednesday, January 24, at Chastain Funeral Home & Cremation Center. Following cremation, burial will be at a later date in Green Hill cemetery.
Condolences may be sent to the family at www.chastainfuneralhome.com