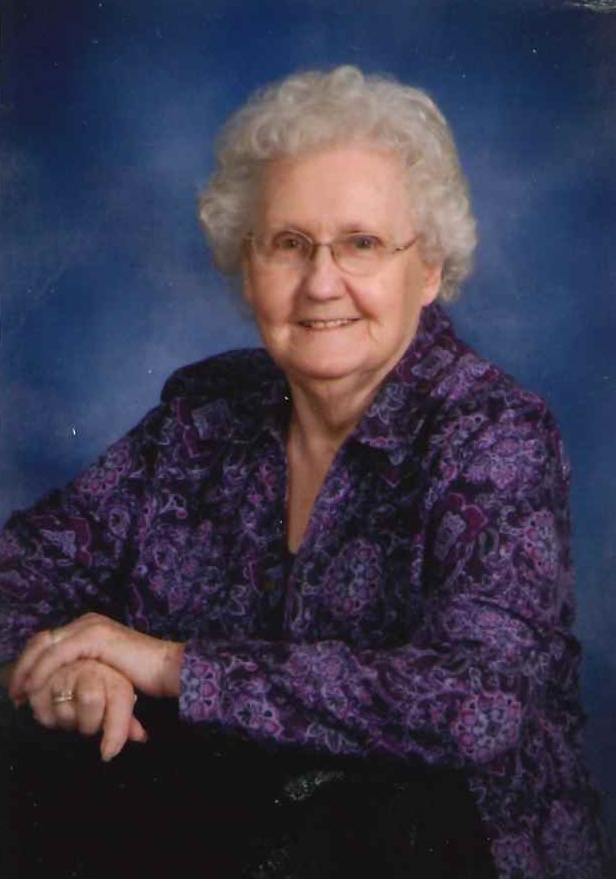 March 16, 1929-January 20, 2018
Laura Catherine Bowden, 88, of Bedford died at 9:45 p.m. on Saturday, January 20, 2018 at her residence.
Born March 16, 1929 she was the daughter of John Wesley and Mary Ann (Hayes) Adamson. She married Viv Bowden on February 14, 1948 and he preceded her in death on March 17, 2003. She was a lifelong member of the First Baptist Church in Bedford and had served in the church crib room for several years. She worked for Crowders in her early years, then went to work at NWSC Crane from 1966 until her retirement in 1987, after retiring from Crane, she worked as a file clerk at Burton Ford for several years.
Survivors include one son, John R. Bowden and his wife Jane of Ellettsville; one daughter, Jennifer K. Hert of Bedford; five grandchildren: Courtney Crismore and husband Jason of Bloomington, Sarah Hall and husband Brian of Nairobi, Kenya, Allison Moore and husband Jed of Bedford, Mica Shonk and husband Greg of Bloomington, and Stephen Hert of Bedford; great grandchildren: Garrett and Hannah Hall, Brody, Bricton, and Brenzlie Moore, and Emerson Shonk; one sister, Myna K. Tarr of Indianapolis, and several nieces and nephews.
She was preceded in death by her parents, her husband, and a son-in- law, Phillip Hert.
Funeral services will be conducted at 2 p.m. on Saturday, January 27th in the Elmwood Chapel of the Day & Carter Mortuary with Pastor Nathan Sundt officiating. Burial will follow in the Beech Grove Cemetery. Visitation will be from 10 a.m. until the hour of service on Saturday at the Day & Carter Mortuary.
In lieu of flowers the family asks that friends consider memorial contributions be made to the American Cancer Society.
Family and friends may express condolences at www.daycarter.com.
Carol Lee Pittman – Mitchell
Carol Lee Pittman, 74, passed away Saturday, January 20, 2018, at Indiana University Health Hospice House in Bloomington.
She had been employed at Golden Gables.
Graveside service will be at 1 p.m. Tuesday, January 23, at Mitchell Cemetery.
Chastain Funeral Home is in charge of arrangements.