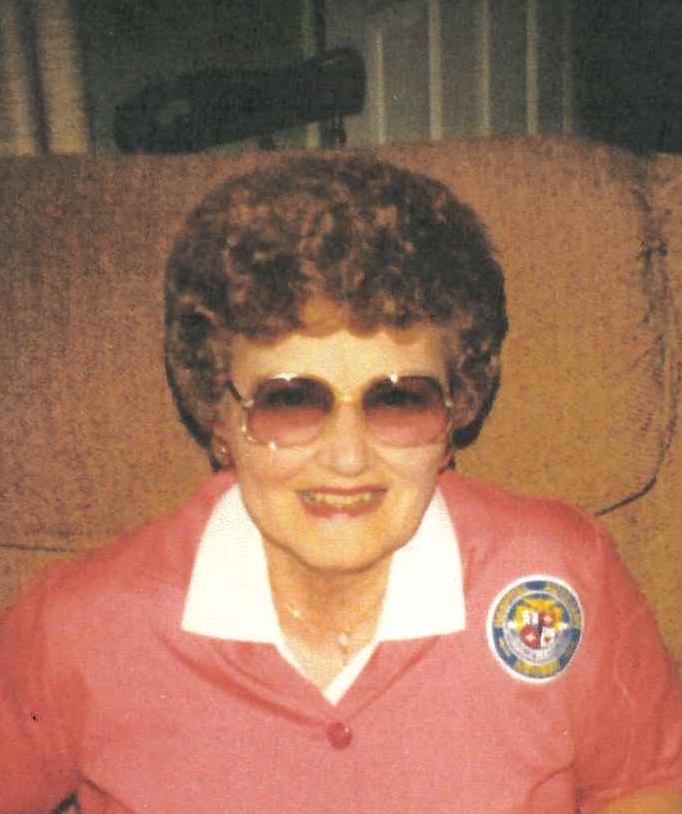 November 21, 1922 – January 17, 2018
Edith C. Anderson Bahr, 95, of Bedford, died at 6:15 a.m. on Wednesday, January 17, 2018 at Autumn Hills in Bloomington.
Born November 21, 1922 in Bedford, she was the daughter of Pete and Lucille (Gobat) Anderson. She married Dale Anderson on April 4, 1942 and he preceded her in death on July 7, 1989. She later married Charles Bahr on August 8, 1993 and he preceded her in death on October 7, 2000. She was a poodle groomer and former member of the Hoosier Hills Doll Club. She was a member of the Oolitic Church of Christ, Dunn Memorial Hospital Pink Lady Volunteers, and Former Friends at Bloomington. In earlier years, she was active in PTA and Cub Scouts. She won many ribbons at the Lawrence County 4H Fair and Mitchell Persimmon Festival.
Survivors include three sons, Brent Anderson, of Bedford, Gary Anderson and wife, Linda, of Bloomington and Bruce Anderson and wife, Meredith, of California; two grandsons, Zach Anderson and wife, Lara, of Westfield, and Taylor Anderson and wife, Elizabeth, of Sugar Hill, GA; five great grandchildren, Mia, Lauren, Nicholas, Luke, and Wyatt Anderson.
She was preceded in death by her parents, both husbands, a brother, Charles Anderson; three sisters, Ilene Worman, Louise Morrow, and Lois Waldron.
Funeral services will be conducted at 1 p.m. on Saturday, January 20th in the Elmwood Chapel of the Day & Carter Mortuary. Burial will follow in Green Hill Cemetery. Visitation will be from 11 a.m. until the hour of service on Saturday, January 20th at the Day & Carter Mortuary.
Family and friends may express condolences at www.daycarter.com.
Alma Christine Bottorff – Bedford 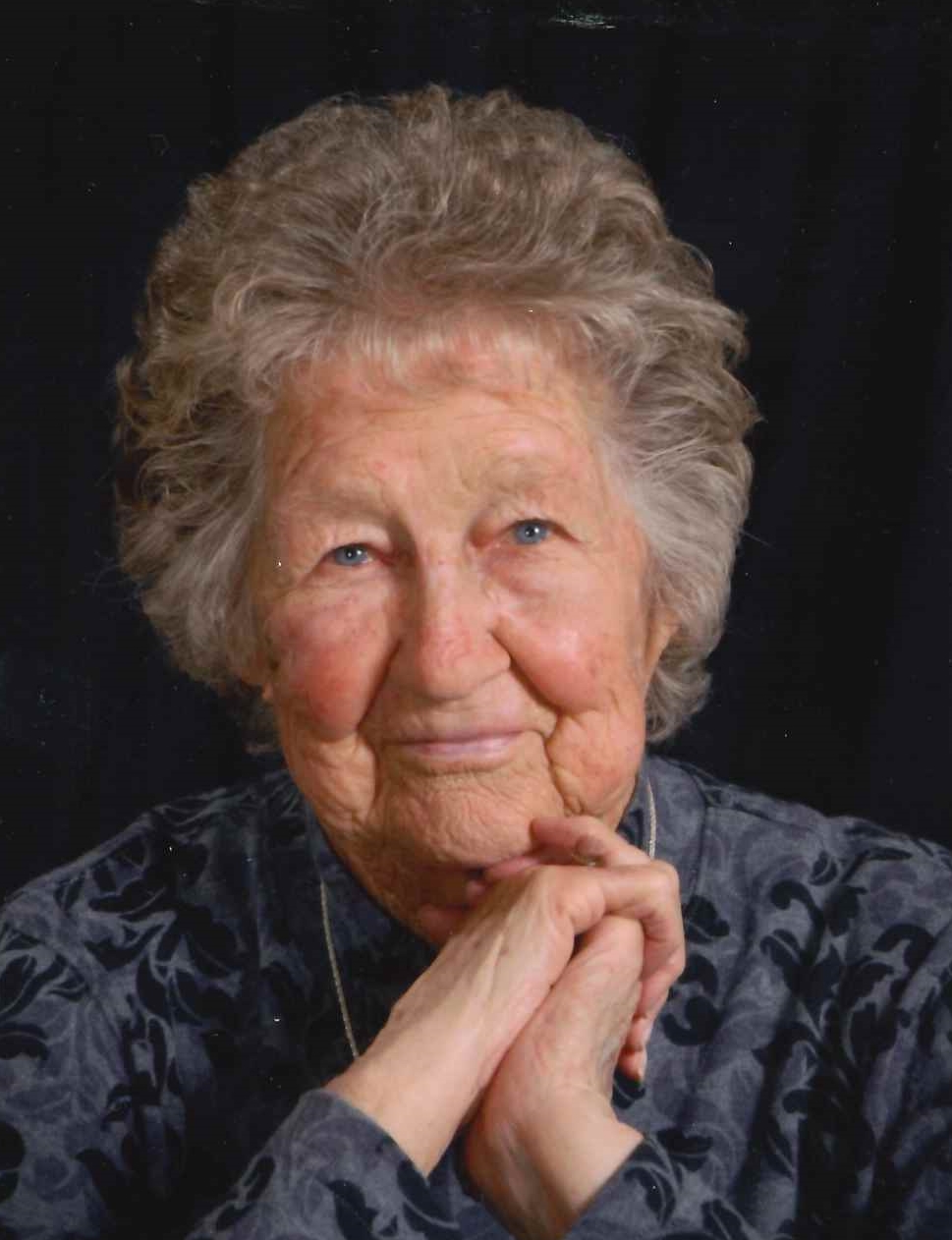 July 12, 1925 – January 17, 2018
Alma Christine Bottorff, 92, of Bedford went home to be with our Lord on Wednesday, January 17, 2018 at the Bliss House in Bedford. She will be greatly missed by all who knew her.
Born July 12, 1925, in Lawrence Co., she was the daughter of Milford and Abby (Neely) Godsey. She married Robert E. Bottorff on May 24, 1941 and he preceded her in death on December 28, 2004. She had worked as a cook at Springville School, volunteered for the Cub Scouts, and was a homemaker. She was a member of the Englewood Baptist Church and had attended the First Baptist Church of Bedford. She loved to camp, fish, watch Purdue basketball, spend time with family, and attending church.
Survivors include a daughter, Carol Spaulding, of Avoca; a son, Robert Bottorff and wife, Mary Janice, of Bedford; four grandsons, John Spaulding, II, and wife, Pam, of Albany, GA, James Spaulding and wife, Joanne, of Bedford, Tim (Timmy) Bottorff and wife, Jodi, of Bedford, and Matt Bottorff and wife, Amy, of The Woodlands, TX; great-grandchildren, John David (JD) Spaulding, III, Jessica Spaulding, Philip Spaulding, Thomas Spaulding, Susan Bridges, Teresa Ritchison, and husband, Tyler, Stephanie Bultman and fiancé, Woody, of Ocean Springs, MS, Kortni Taylor and husband, Daniel, of Camby, IN, Arie Bottorff and wife, Katie, of Bedford, Nash Bottorff, of Bedford, Grant Bottorff of The Woodlands, TX, and Jack Bottorff of the Woodlands, TX; great- great grandchildren, Kaytelynn Shutters, Marissa Robbins, Danielle Bridges, Isaac Bridges, Dom Woodruff, Kelby Ritchison and Molly Ritchison.
She was preceded in death by her parents, her husband, sisters, Dorothy Hall, Elsie Banks, Zelma Rainbolt, Artie Workman, and Ruby Banks; brothers, Beckam, Hobert, Bob, Ivan, Hurstle, Lowell, and Oliver Godsey.
Funeral services will be conducted at 10:00 am on Monday, January 22nd in the Elmwood Chapel of the Day & Carter Mortuary with Rev. David Ferry and Rev. Nathan Sundt officiating. Burial will follow in Beech Grove Cemetery. Visitation will be from 2 p.m. until 6 p.m. on Sunday, January 21st and from 9 a.m. until the hour of service on Monday, January 22nd at the Day & Carter Mortuary.
The old Springville gym was a big part of Alma’s life and the family asks that memorial contributions can be made to the Springville Gym Restoration Board.
Family and friend may express condolences at www.daycarter.com.
George M. Cropp – Shoals
October 31, 1922 – January 12, 2018
George M. Cropp, 95, of Shoals, passes away at 1:35 p.m. on January 12, 2018at Brookside Village in Jasper.
He was born October 31, 1922 in Daviess County to Dr. George M. and Helen (Baker) Cropp. He married Barbara Ann Patterson on August 27, 1949 at St. John’s Rectory in Loogootee graduated from Indiana State Teachers College a Terre Haute and also obtained a Masters Degree. He taught at Washington High School, Montgomery High School and retired as Principal of Shoals High School. George was a veteran, having served in the U.S. Navy during World War II. He was stationed on the U.S.S. Indianapolis as that ship delivered the nuclear bomb to Hawaii prior to being dropped upon Japan in 1945.
George enjoyed golf, playing for 27 years in the Vegas Invitational Pro-Am golf tournament. He was an amateur radio operator for many years; a saxophone player; enjoyed dancing and was a music lover, particularly enjoying the Big Band music and jazz. George was a car collector, particularly enjoying his Porsche 911. George was recognized as having grown the largest potato in the state of Indiana during his tenure in 4-H.
George was a member of the Shoals United Methodist Church; White River Lodge No. 332 F&AM Scottish Rite; Hadi Shrine, Ironwood Country Club in Palm Desert California and Las Vegas County Club in Las Vegas Nevada.
Survivors include his brother-in-law Donald Patterson and his beloved caregiver for many years Kayla Hembree, of Shoals.
He was preceded in death by Barbara, his parents, a brother Daily L. Cropp and his cousin Robert Siefert.
Visitation will be from 5 a.m. until 8 p.m. Thursday, Jan. 18. The funeral will be at 1 p.m. Friday, Jan. 19 at the Shoals United Methodist Church with one hour of visitation prior to the service at the church. Internment will be at Goodwill Cemetery in Loogootee.
The Queen-Lee Chapel of the Throne-George Family Funeral Home is in charge of the arrangements.