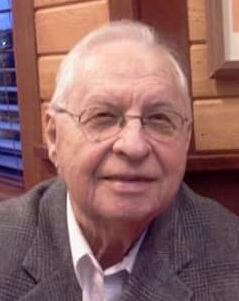 September 28, 1931 – December 27, 2017
Billy C. Goodpasture, 86, of Morristown, IN, died Wednesday, December 27, 2017 Morristown Manor.
Born September 28, 1931 in Greencastle, IN, he was the son of Cecil and Ruby (Tinkle) Goodpasture. He was called to the ministry and pastored several churches including Valley Mission Church of the Nazarene, Paoli Church of the Nazarene, St. Bernice Church of the Nazarene, Ft. Branch Church of the Nazarene, and Triton Central Church of the Nazarene. He was a veteran of the Korean War serving with the U.S. Air Force and attended the Free Methodist Church while in Bedford.
Survivors include a son, Jonathan W. Goodpasture and wife, Delmy, of Indianapolis; two daughters, Karen Ann Li, of Riverside, CA and Regina Wessic and husband, John, of Shelbyville, IN; seven grandchildren; eight great grandchildren; a sister, Linda Moran, of FL.
He was preceded in death by his parents and a sister, Freda Blackard.
Funeral services will be conducted at 12:00 noon on Wednesday, January 3rd in the Elmwood Chapel of the Day & Carter Mortuary. Burial will follow in Leatherwood Cemetery, where military rites will be accorded by members of Gillen Post #33 American Legion. Visitation will be from 4 p.m. to 8 p.m. on Tuesday, January 2nd at the Day & Carter Mortuary.
Family and friends may express condolences at www.daycarter.com.
Ann Elizabeth Dotts – Mitchell
January 27, 1949 – December 30, 2017
Ann Elizabeth Dotts, 68, of Mitchell, passed away Saturday, December 30, 2017, at her residence.
Born January 27, 1949, in Cloverport, Kentucky, she was the daughter of George and Rosella (Holmes) Blake. She married Roger Dale Dotts, Sr., February 16, 1968.
Ann was a bookkeeper for Dotts Excavating. She was a member of Woodville Baptist Church and served on the board of directors of the Bedford Boat and Sportsman Club where she was a lifetime member. Ann enjoyed spending time with her grandbabies and fishing on the river.
Survivors include her husband, Roger Dotts, Sr. of Mitchell; children, Tonya (Howard) Prewitt of Mitchell, Fran (Larry) Haase of Sneedville, Tennessee, Jenny (Brady) Davis of Heltonville, Roger (Anna) Dotts, Jr. of Mitchell; 10 grandchildren; 11 great grandchildren; brothers, Guy (Kathy) Blake of Mitchell, Albert (Janie) Blake of Mitchell
Her parents and siblings, Peggy Davis, Barbara Jean Blake, Joe Blake, James Blake, and Henry Blake, preceded her in death.
Funeral service will be at 11 a.m. Thursday, January 4, in the Memorial Chapel of Chastain Funeral Home & Cremation Center with Reverend Glenn Hamer and Brother Jim Russell officiating. Burial will be in Mitchell Cemetery. Friends may call from 4 p.m. until 7 p.m. Wednesday and from 10 a.m. until the service on Thursday at the funeral home.
Casketbearers: Charlie Hughes, Howard Prewitt, Steven Terrell, Ricky Davis, Joe Bradley, and Duane Davis.
Condolences may be sent to the family at www.chastainfuneralhome.com