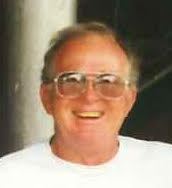 December 20, 1944-December 23, 2017
Gary Murle Hostetter, 73, of Bedford died at 12:45 am on Saturday, December 23, 2017 at his residence.
Born December 20, 1944 in Lawrence County, IN he was the son of Murle and Lucille (Hamilton) Hostetter. He married Wanda Allen on April 18, 1963 and she survives. He retired from General Motors in 2000 after working 37 years as a sheet metal worker and in the employee assistant program. He had recently worked as a bus driver for the Bloomington Transit Company. He taught the Sheet Metal Class at Ivy Tech for one year. He was a member of the Mt. Pleasant Christian Church, the U.A.W. Local #440, the Bloomington Transit Union, and the Southern Indiana Airstream Club WBCCI. He was previously a private pilot owning his own airplane. Gary enjoyed hunting, scuba diving, skydiving, caravanning and rallies with the Airstream Club, golfing, and fellowship with friends. He most enjoyed fishing and spending time with his grandchildren.
Survivors include his wife Wanda of Bedford, one daughter, Kimberly Dawn Hostetter of Springville; one son, Christopher Murle Hostetter and wife Stephanie of Bedford; one granddaughter, Seirra Dawn Clouse-Hostetter of Springville; one grandson, Garrett David Hostetter of Bedford; daughter-in- law, Shelly Hostetter of Bedford two sisters: Linda Chipman and her husband Frank of Indianapolis, Lucy Clensy and her husband Phil of Middletown, IN, and several nieces and nephews.
He was preceded in death by his parents, one sister, Marilyn Hostetter, Sierra’ mother, Dawn Bartlett, a sister-in-law, Connie Parkes, 5 brothers-in- law: Harold Allen, Jr., Bill Allen, Robert Allen, Larry Allen, and Johnny Allen.
Funeral services will be conducted at 11 a.m. Thursday, December 28th in the Elmwood Chapel of the Day & Carter Mortuary with Pastor Jeff Hudelson, and Pastor Kenny Fisher officiating. Burial will follow in the Mt. Pleasant Christian Church Cemetery. Visitation will be from 2 p.m. until 8 p.m. on Wednesday, December 27th at Mt. Pleasant Church Mortuary.
The family asks that memorial contributions be made to: Person to Person Ministries, P.O. Box 39 Hillsboro, OH 45133.
Family and friends may express condolences at www.daycarter.com.
Gay A. (Tumey) Conner – Springville 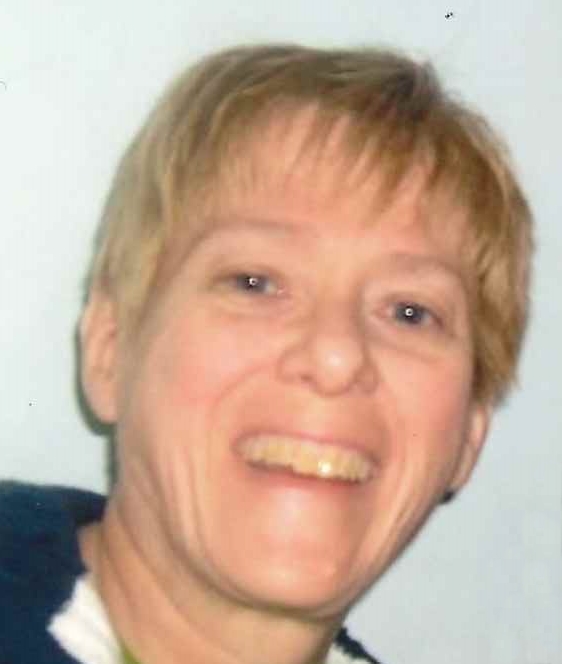 November 5, 1954-December 23, 2017
Gay A. (Tumey) Conner, 63, of Springville, died Saturday, December 23, 2017 at the home of her daughter.
Born November 5, 1954 in Lawrence County she was the daughter of Willard and Martha (Owens) Tumey. She was a member of the Fairview Community Church and I.U. Health Auxiliary where she worked with Oncology Patients. She worked as an x-ray technician for Southern Indiana Pediatrics.
Survivors include: one daughter, Hope Elliot and husband Billy of Springville; two sons, Denton Conner and wife Susan of Bloomington, and Brice Conner and wife Shawna of Heltonville; four grandsons, Blake and Sawyer Conner and Race and Jace Elliott; three step-grandchildren, Jordan, Andrew, and Krista Ward; one great granddaughter, Linnleigh Ward; one brother, Rick Yaney and wife Inez of Fayetteville; two sisters, Sherry McIntosh and her husband Doug of Bedford, and Lela O’Bannon and her husband John of Owensburg.
She was preceded in death by her parents and her grandparents.
Funeral Services will be conducted at 1 p.m. on Thursday, December 28th at Fairview Community Church with Pastor Lindy Hopkins officiating. Burial will follow in the Cresthaven Memory Gardens. Visitation will be from 4 p.m. until 8 p.m. on Wednesday, December 27th at the Day & Carter Mortuary.
The family asks that friends consider memorial contributions be made to the I.U. Health Bedford Auxiliary.
Family and friends may express condolences at www.daycarter.com.
Harrison D. Collins – MItchell
December 12, 1940 – December 24, 2017
Harrison D. Collins, 77,of Mitchell, passed away Sunday, December 24, 2017, at his residence.
Born December 12, 1940, in Bedford, he was the son of Clyde B. and Eva (Bush) Collins. He married Pam Connell December 22, 1962. Harrison was a retired school teacher, and taught sixth grade at Campbellsburg in 1962 and 1963. He then moved to Tunnelton for 11 years and then to Shawswick. While at Tunnelton, he coached junior high and varsity sports. During the 1973-1974 season, he was the varsity cross country, baseball, track, and basketball coach, and led his team to the final game of the 1974 Bedford Basketball Sectional. After coaching at Shawswick, he became the first computer coordinator for NLCS, and served in that position until he retired in 1997 after 35 years of teaching. From 1985, he restored antique jukeboxes and soda machines. He became one of the leaders in that profession, and had customers all over the United States, including celebrities, and 12 foreign dealers in six different countries.
He was a member of the First Church of God and a past member of the NEA, ISTA, and NLEA. He was also an IHSAA basketball, baseball, and track official for 25 years. Harrison graduated from Mitchell High School in 1958, received his bachelor’s degree from Indiana University in 1962, and his master’s degree from Indiana University in 1966.
Survivors include his wife, Pam Collins of Mitchell; children, Tim (Teresa) Collins of Saint Cloud, Florida Rebecca Osborne of Mitchell; granddaughter, Mackenzie Osborne of Mitchell; several nieces and nephews
His parents; sisters, Ann White and Betty Kirkman; and granddaughter, Samantha, preceded him in death.
Funeral service will be at 10:30 a.m. Thursday, December 28, at the First Church of God with Dr. R. C. Courson and Brother Kenny Dalton officiating. Burial will be in Mitchell Cemetery.
Friends may call from 4 p.m. until 7 p.m. Wednesday at Chastain Funeral Home & Cremation Center and from 9:30 a.m. until the service on Thursday at the church.
Honorary Casketbearers: Max Wright and Bob Dalton Casketbearers: John Goen, Ray Snapp. Greg Tow, Dave Cupps, Jack Goen and Steve Kimbley.
Memorial Gifts: Lawrence County Cancer Patient Services.
Condolences may be sent to the family at www.chastainfuneralhome.com
Dean Hawkins – Greenwood
November 6, 1935 – December 22, 2017
Dean Hawkins, 82, of Greenwood, formerly of Salem, passed away on Friday, December 22, 2017 at Johnson Memorial Hospital.
Born November 6, 1935, in Bedford, he was the son of Goeffrey and Edna (Dodds) Hawkins. He married Wilma Simpson on February 13, 1982; and she survives. Dean was a graduate of Purdue University, with a Master’s of Science in Agricultural Economics. He worked for the Federal Land Bank, and the State Bank of Salem, serving as Vice-President and President. After retiring, he served as President of State Bank of Morgantown, Indiana. After retirement from the banking industry, he worked as a commercial appraiser.
He was a long-term member of the American Society of Farm Managers and Rural Appraisers, and a member of the Farm House Fraternity at Purdue University.
Surviving are his wife Wilma Hawkins, of Franklin; one son, John (Sue) Hawkins, of Fredericksburg; one daughter, Susan (Michael) Keane, of Cartersville, GA; his first wife, Lena Hawkins; three step-daughters, Pam (Ed) Rosado, of Antioch, TN, Paula Perkins, of Whiteland, IN, and Penny (Kevin) Shreve, of McLeansboro, IL; eight grandchildren, Katie (Tom) Harmon, Drew Keane, Whitney (Tim) Mullins, Jordan Keane, Abigail Keane, Meghann (Gregory) Byerline, Krista Dean, and Jevin Shreve; five great-grandchildren; and two sisters, Pauline Hayes and Margaret Whitted.
He was preceded in death by his parents; one brother, James Hawkins; son-in-law, Rick Perkins; and one grandchild, Lindsay Keane.
Funeral services will be at 1:00 p.m. on Thursday, December 28, 2017 at the Ferguson-Lee Chapel of Thorne-George Family Funeral Homes. Burial will follow in Cresthaven Memory Gardens. Visitation will be from 10 a.m. until the service hour on Thursday.
Online condolences may be sent to the family at www.fergusonlee.com.