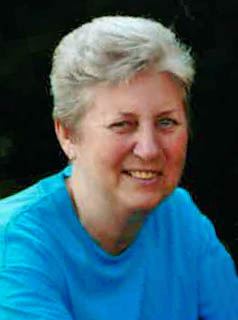 July 9, 1944 – November 23, 2017
Patricia Ann Abel, 73, of Orleans passed away Thursday, November 23, at Indiana University Health Bedford Hospital.
Born July 9, 1944, in Orange County, she was the daughter of Foster Leon and Blanche I. (Snow) Abel.
Patricia retired from Naval Surface Warfare Center – Crane with 26 years of service. She graduated from Springs Valley High School in 1962, and was a member of the Bride of Christ Fellowship Church. Patricia was an avid follower of local sports, especially those of her great nephews, Bear, Chad, Trevor, Taylor, and Tyler Phillips. She was known to everyone as “Aunt Pat” at every baseball, basketball, and football game, and golf meet.
Survivor include her sisters, Shirley Wyman of Shoals, Sue Carter of Florida, Jean Buffington of Spencer, Grace Carolyn Phillips of Mitchell
Her parents, and siblings, Donna Kepler and Bob Abel, preceded her in death.
Funeral service will be at 11 a.m. Monday, November 27, at the Bride of Christ Fellowship Church with Brother Jerry Allen officiating. Burial will be in Huron Cemetery.
Condolences may be sent to the family at www.chastainfuneralhome.com
Mary Virginia Guthrie – Mitchell 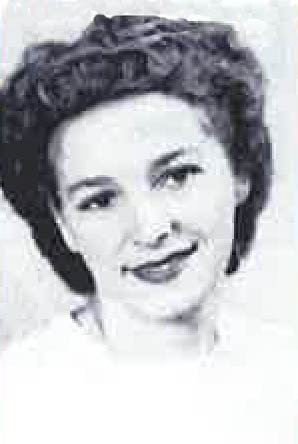 April 3, 1927 – November 25, 2017
Mary Virginia Guthrie, 90, of Mitchell, passed away Saturday, November 25, at Mitchell Manor Living and Rehabilitation Center. Born April 3, 1927, in Bedford, she was the daughter of Ray and Addie (Clements) Gaines. She married Manuel Guthrie in 1945, and he preceded her in death in 1984.
Mary retired from Naval Surface Warfare Center–Crane, and graduated from Mitchell
High School in 1945. She was past president and life member of the Mitchell Senior Citizens. She was a former member of the Lawrence County Art Association, Crane Retirees, and past president of precinct committee chairpersons. Mary attended the First Baptist Church and had been honored as Mitchell Volunteer of the Year.
Survivors include her sons, Randy Guthrie of Mitchell, Merlin (Sandy) Guthrie of Crawfordsville; 4 grandchildren
4 great grandchildren; siblings, Betty (Tom) Gerkin of Bedford, Raymond (Jerri) Gaines of Bedford, Roland (Patsy) Gaines of Mitchell
Her parents; husband; daughter-in- law, Cathy Guthrie; and sisters, Jeanette Gaines and Marjorie Wright, preceded her in death.
Funeral service will be at 10 a.m. Wednesday, November 29, at Haverly Funeral Chapel with Butch Chastain and Jim Russell officiating. Burial will be in Knott Cemetery. Friends may call from 4 p.m. until 7 p.m. Tuesday and from 9 a.m. until the service on Wednesday at the funeral chapel.
Chester Junior Baker – Bedford 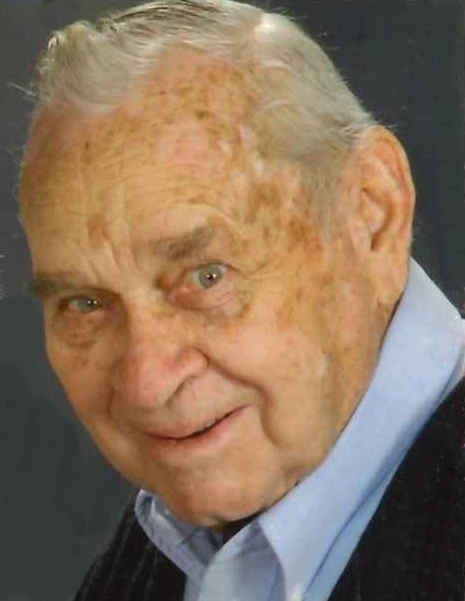 January 30, 1924-November 24, 2017
Chester Junior Baker, 93, of Bedford passed away Friday, November 24, 2017 at his home of natural causes with his family at his side.
Born January 30, 1924 in Lawrenceport, IN he was the son of Chester H. and Louisa (Colglazier) Baker. He married Margaret Ann Harris on December 6, 1946, and she survives. He was a member of Leatherwood Christian Church.
He was a proud member of the Sixth Armored Division under General Patton in WWII where he received a Purple Heart and the Silver Star. He was a continuous member of the American Legion Gillen Post #33 for over 71 years. After the war, Chester worked at the family business, C & B Electric Hardware on the Bedford Square for 20 years before he joined the Plumber Pipe Fitters Union #136 where he worked as a Plumber Pipe Fitter until he retired in 1987. He was a farmer for over 60 years.
He is survived by his wife, Margaret of Bedford; four daughters: Cathy (Mike) Allman of Bedford, IN; Mona (Tim) Wolf of Cincinnati, OH; Louisa (Mike) Ooley of Bedford, IN; Nellie Neal of Lafayette, IN; 10 grandchildren: Greg (Autumn) Allman, Robert (Krystal) Allman, Sara Wolf, Samantha Wolf, Jessica Wolf, Jacob (Jessica) Wolf, Ben Ooley, Chris Ooley, James Neal, Kay (Tyson) Moore; 5 great grandchildren: Cason Moore, Bailey Moore, Raegan Moore, Tatum Moore, Asa Allman; one sister: Nellie Reynolds of Columbus, IN, and a sister-in- law, Kay Johnson of Beaver Dam, KY.
He was preceded in death by his parents.
Funeral services will be conducted at 10 a.m. on Tuesday, November 28th in the Elmwood Chapel of the Day & Carter Mortuary with Pastor Sherman Thomas officiating. Burial will follow in Cresthaven Memory Gardens. Pallbearers will be his Grandsons. Visitation will be from 4 p.m. until until 8 p.m. on Monday, November 27th . In lieu of flowers the family asks that friends consider memorial contributions be made to the Leatherwood Christian Church, 3518 Leatherwood Road, Bedford, IN.
Family and friends may express condolences at www.daycarter.com.
Sgt. Anthony Paul Maldonado – Bedford 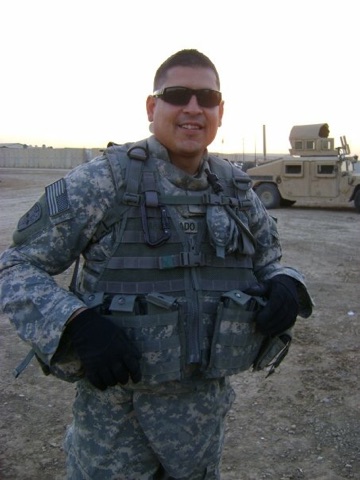 July 23, 1976 – November 21, 2017
Sgt. Anthony Paul Maldonado, 41, of Bedford, passed away on Tuesday, November 21, 2017 at his residence.
Born July 23, 1976, in Los Angeles, California, he was the son of David and Irma (Hernandez) Maldonado. He married Autumn Alexander on September 20, 2005, and she survives.
He was a decorated Sergeant in the United States Army, for eight years, serving tours in Iraq in 2008 and 2009 and Afghanistan in 2011 and 2012. Anthony attended St. Vincent de Paul Catholic Church. He was a full time graduate student at Oakland City College, working towards his Masters to become a teacher to give back to the community. He worked as a bartender at Wings and Rings.
Surviving are his wife, Autumn, of Bedford; children, Abel Maldonado, Gabrielle Maldonado, and Alana Alexander-Maldonado, all of Bedford; parents, David and Irma Maldonado, of Bedford; sister, Monique (T.J.) Hemmerling, of Bedford; Godchildren, Julian and Kieryn Hemmerling; two nephews, Tanner and Chase Kleinschmidt; mother-in-law and father-in-law, Regina and Don Alexander, of Bedford; sister-in-law, Heather (Tim) Kleinschmidt; and two brothers-in-law, Charles and Daniel Alexander.
He was preceded in death by his Nana, Luz Garcia, and several close family members.
Mass of Christian Burial will be at 10 a.m.. on Monday, November 27, 2017 at St. Vincent de Paul Catholic Church, with Father Rick Eldred and Deacon Dave Reising officiating. Burial will be in Green Hill Cemetery. Visitation will be 2-6 p.m. Sunday at the Ferguson-Lee Chapel of Thorne-George Family Funeral Homes.
Anthony will be truly missed by all who knew him. He loved his family, friends, and he never knew a stranger. He made everyone he met feel like family. He would not say hello or goodbye without a hug.
If anyone has any memory or photograph with Anthony that they would like to bring, there will be a memory board available for all to post on.
In lieu of flowers, the family asks that memorial contributions be made to the Ferguson-Lee Chapel, to assist them with funeral expenses.
Online condolences may be sent to the family at www.fergusonlee.com.
Barbara C. Turner – Bedford
March 11, 1931 – November 22, 2017
Barbara C. Turner, 86, of Bedford, died at 1:48 a.m. on Wednesday, November 22, 2017 at Westview Nursing and Rehab.
Born March 11, 1931 in Lawrence Co., she was the daughter of Orville “Buck” and Gleeda (Medlock) Arthur. She married Gerald Turner and he preceded her in death on November 20, 2007. She was a line supervisor at RCA and a custodian at Needmore Elementary School. She was a member of the Grace Full Gospel Church.
Surviving Barbara is a brother, Kenneth Arthur, of Bedford; cousins, James M. Amick, and Tanner Summers, both of Bedford; several nieces, nephews, and cousins; a special friend and caregiver, Mary Salmon, of Bedford.
She was preceded in death by her parents, husband, two brothers, Richard and William Arthur.
Funeral services will be conducted at 1 p.m. on Monday, November 27th in the Elmwood Chapel of the Day & Carter Mortuary with Pastor Brent O’Neal officiating. Burial will follow in Hopkins Cemetery. Visitation will be from 11 a.m. until the hour of service on Monday, at the Day & Carter Mortuary.
Family and friends may express condolences at www.daycarter.com.
James New – Bedford
James New, of Bedford, formerly of Oolitic, died Friday. Arrangements are pending at the Day & Carter Mortuary.
Barbara B. Truelove – Loogootee
Barbara B. Truelove 74, of Loogootee, passed away at her home on November 21, 2017 at 3:43 p.m.
She was born in Daviess County to Clyde ad Ethel (Ledgerwood) Morgan and married Harold Truelove. She attended School in Daviess County and was a homemaker.
She is survived by a son, Marty (Dominia) Truelove, of Loogootee; daughters Rhonda (Kevin) Cox, of West Baden, Lora Truelove, of French Lick, Sara Truelove, of Texas; granddaughter Kristen Truelove; brothers Daniel Morgan, of Kentucky, Gerald “Tooter” Morgan, Steven Morgan and sister Pamela Foster all of Washington; eight grandchildren.
She was preceded in death by her parents, husband and a sister Patty Morgan.
A memorial service will be held at the Queen-Lee Chapel at a later time.
The Queen-Lee Chapel of Thorne George Family Funeral Homes is in charge of arreangements.