Donnera Walker – Bedford
January 1, 1935 – November 9, 2017
Donnera Walker, 82, died November 9, 2017 at home after a short illness.
The daughter of Victor Knopp and Jessie Evelyn Rickenbaugh Phillips, she was born January 1, 1935 in Perry County. She married Alan Lee Walker, who survives, as do two daughters, Mrs. Chester (Gloria) Kasnowski, of Virginia, and Mrs. David (Elizabeth) Blumenfeld, of South Carolina.
Also surviving are grandchildren, Leiha, Lura, Jacob Blumenfeld, two nieces, Linda Kay Tobler, Donna Ann Gunn, and five nephews, James and Kenneth Gates, Terry, Gary and Richard Phillips. She considered Bernadette Thompson and Amanda Moon of Northern Ireland her Irish daughters, and Jasmin Becker her German daughter.
Her interests were many: she was a lifelong Democrat, active in party politics, and an active member of the First Presbyterian Church and its choir where she was often witnessed dancing because the Spirit moved her. She was a Sunday school teacher, elder of the church and a church youth group leader.
Others knew her as a Girl Scout leader in the 1960s, the organizer of roller-skating birthday parties, a monitor of daughters’ slumber parties, the glue of holiday gatherings, the keeper of family traditions, the definition of friendliness to all, and the genetic provider of DNA for storytelling and fun.
For the last several years, she devoted time to her husband by maintaining routine contact with the early morning breakfast community.
Donnera managed the former Bedford Youth Center, the Bureau of Motor Vehicles, co-owned and managed the Owls Nest and Jug Stores. Her work as the Activities Director at the Hospitality House in the 1970s influenced her efforts to create a pre-school for special needs children. She always stepped up to help or advocate for those in need.
She was a woman raised on a farm, enjoyed living simply, shared her father’s love for yellow roses, her mother’s love of gardening, was known for flagging down trucks loaded with peaches just to buy a crate, and yet she found adventure in traveling Down Under, Great Britain, Europe, Canada, and all 50 states. Her daughters assume she is already mapping out tours of Heaven at this time because she loves to travel.
Visitation will be Friday, from 6 to 8 p.m. at Ferguson-Lee Chapel of Thorne-George Family Funeral Homes. The memorial service will be at the Bedford First Presbyterian Church on Saturday, November 18 at 12:30. Burial will follow at the Bristow Cemetery in Perry County. The Mourner’s Prayer of Kaddish will be observed at the cemetery. The family will also be at the Walker family home on Sunday after 1 p.m. for additional visitations. Online condolences may be sent to the family at fergusonlee.com.
Memorial contributions may be made to the First Presbyterian Church or the Lawrence County Humane Society.
Peggy A. (Evans) Nikirk – Bedford 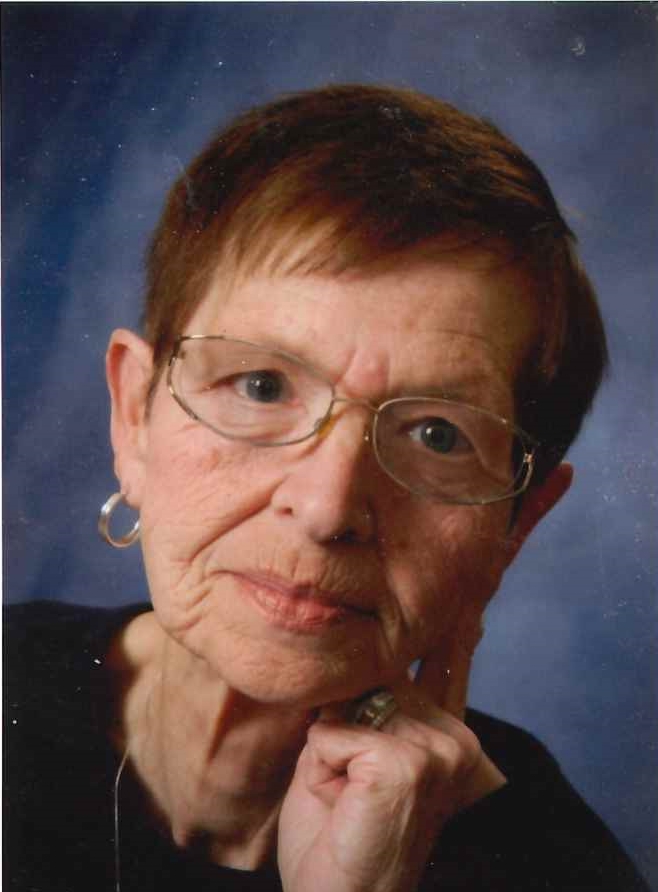 July 16, 1942-November 12, 2017
Peggy A. (Evans) Nikirk, 75, of Bedford died Sunday, November 12, 2017 at her residence.
Born July 16, 1942 in Bedford, IN she was the daughter of Robert W. and Margie J. (Duncan) Evans. She was a graduate of Oolitic High School and of the Catholic faith. She married Paul E. Nikirk on July 17, 1961. She retired from Visteon after 20 years. Peggy enjoyed camping, and spending time with her family.
Survivors include: her husband Paul of Bedford; three sons: Brian K. Nikirk and wife, Lisa, Brent E. Nikirk and wife, Emily, all of Bedford, and Steven P. Nikirk, and wife, Emily, of Elizabethtown, KY; one daughter: Lana K. Nikirk of Williams; ten grandchildren, Chelsea, Lucas, Taylor, Airon, Danielle, Erin, Whitney, Brenna, Merideth and Molly; ten great grandchildren; five sisters: Mary Wade and husband Lee, of Ohio, Nancy Barnes and husband Mike, of Owensburg, Anna Minton, and husband, James, of Ellettsville, Sharon Jackson and husband James, of Owensburg, and Sarah Corn and husband Larry of Linton; three brothers: Walter Evans and wife Rebecca, Roger Evans and wife Linda, and Robert Evans, all of Springville; several nieces and nephews.
She was preceded in death by her parents, one grandson, Jarrod; a sister, Jean Howard; one brother, Ronald Evans; one sister-in- law, Gale Feltner, and husband, Carl; a brother-in- law, David Goodman, and an uncle, Dean Duncan.
Funeral services will be conducted at 10 a.m. on Thursday, November 16th in the Elmwood Chapel of the Day & Carter Mortuary. Burial will follow in the Green Hill Cemetery. Visitation will be from 4 p.m. to 8 p.m. on Wednesday, November 15th at the Day & Carter Mortuary where A rosary will be conducted at 7:30 p.m.
Family and friends may express condolences at www.daycarter.com.
Ruth Ann Craig – Bedford 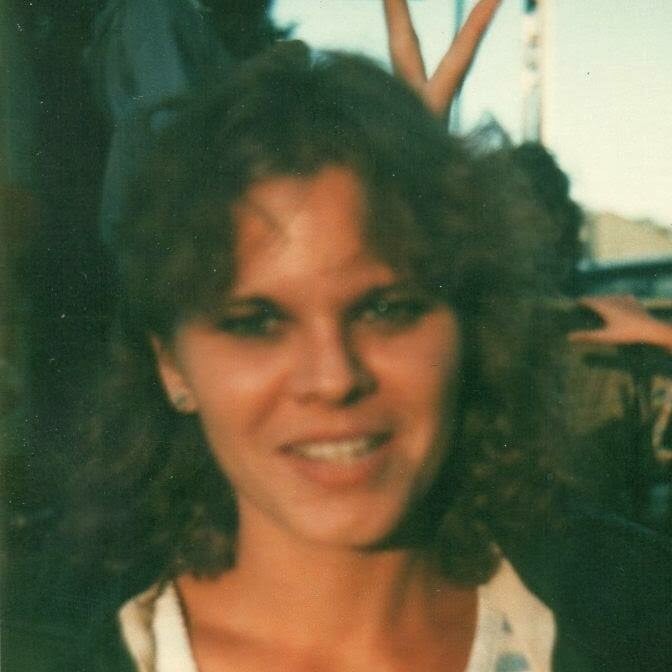 December 24, 1953 – October 24, 2017
Ruth Ann Craig, 63, of Bedford, died on October 24, 2017.
Born December 24, 1953 in Fort Wayne, IN, she was the daughter of Arthur D. and Mary M. (Cook) Connett. Ruth graduated from the R. Nelson Snider High School in Fort Wayne. She married Michael Ford Craig on August 9, 1994 and he preceded her in death on September 6, 2013. She had worked as a bar tender and bar manager for twenty-two years at the Eagles #654, Gillen Post #33 American Legion, and the Bedford Boat & Sportsman’s Club, retiring in 2011. She was of the Catholic faith.
Survivors include a daughter, Toni Michelle Lowman, of Harmony, FL; a son, Joseph D. Gase, of Kissimmee, FL; seven grandchildren, Daniel, Michael, Erica and Mark Withers, Samara Michelle, Kylee Ann Gase, and Theodore Joseph Gase; one great-granddaughter Aria Faltermeire three step-daughters, Suzan Craig, Shellee Craig, and Heidi Craig, all of Bedford; three step-grandchildren, Colton and Wesley Phelps and Jackson Tanner Craig; three sisters, Susan M. Malott, Betty J. Kelly, and Laura Lee (Tom) Burk, all of Fort Wayne; three brothers, Charles C. Connett, of Elkhart, Robert Earl Connett, of Columbia City, and Richard Victor Connett, of Marion; several nieces and nephews.
She was preceded in death by her parents and husband.
Graveside services will be conducted at 10 a.m. on Saturday, November 18th at Green Hill Cemetery. A Celebration of Life will be at 11:30 a.m. on Saturday, November 18th at the Bedford Boat & Sportsman’s Club.
Family and friends may express condolences at www.daycarter.com.
Cheryl Lynn (Nolen) Atkinson – Centerville 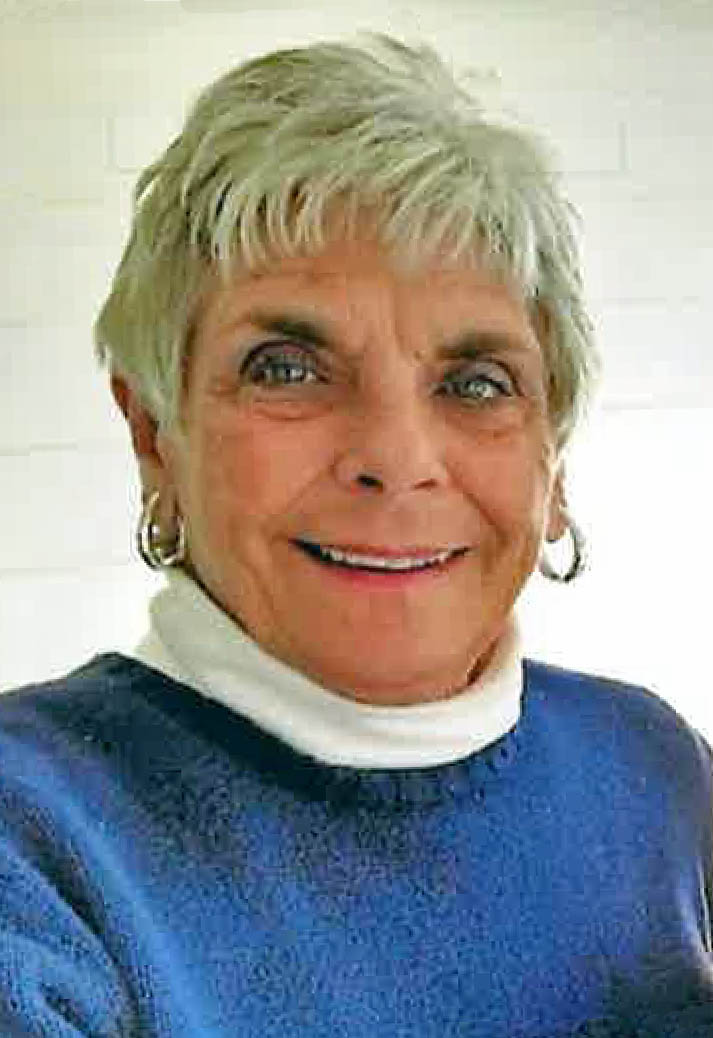 May 31, 1945 – November 10, 2017
Cheryl Lynn (Nolen) Atkinson left this life November 10, 2017, at her home in Centerville, Indiana.
Born May 31, 1945, in East Chicago, Indiana, she was the daughter of James and Dorothy (Rosene) Nolen. She graduated from Highland High School, Class of 1963, and attended Indiana State University pursuing a degree in education and accounting.
While at the university, she met and married Bradley Gene Atkinson of Mitchell. Brad and Cheryl married on March 21, 1964. The couple has two sons, Jason Scott Atkinson of Memphis, Tennessee and James Gene (Chigger) Atkinson and spouse, Lisa, of Richmond, Indiana; and two grandchildren, Charlene Cheryl Atkinson and Dustin Jorge Atkinson of Oberasbach, Germany.
Cheryl was employed in Human Resources at Bedford Medical Center, Bedford, Indiana, United Technologies, Edinburgh, Indiana, and H. Hadaday, Inc. of South Holland, Illinois. She retired in 1997.
Cheryl is survived by her husband; sons and grandchildren; sisters, Colleen Nolen of Jacksonville, Florida and Robyn (Bill) Lowry of Highland, Indiana; brothers, Richard (Sue) Nolen of Peoria, Arizona and James Nolen of Ft. Lauderdale, Florida; sisters-in-law, Bonnie Nolen of Griffith, Indiana, Patricia Atkinson (Monte) of Orleans, Indiana, Amy Parker (Rob) of Mitchell, Indiana, and Charlotte Atkinson-Kirkman (Olin/Buddy) of Bedford, Indiana; and many beloved nieces and nephews.
She was preceded in death by her parents; Jim and Dorothy Nolen; in-laws, Gene and Betty Atkinson; brother, Timothy Nolen; and brothers-in- law, Jerry Atkinson and Eric Atkinson.
Cheryl was a member of the Presbyterian Church in Highland, Indiana and Mitchell, Indiana, past Honored Queen of Job’s Daughters and former member of Gamma Epsilon Chapter of Tri Kappa.
Cheryl was an avid and accomplished needle-pointer, artist, calligrapher, decorator, and reader. She loved the ocean and their home and friends in Inverness, Florida, where they wintered. Each holiday season she spent days baking Kolatch and pecan cookies made from long treasured recipes which she lovingly mailed to family. Birthdays brought cards embellished with her signature decoration and penmanship. Cheryl was creative, feisty, stubborn, and unfailingly honest with a wicked sense of humor, and a classic, eclectic style. Cheryl will be remembered always for her generous spirit, loving heart, and loyalty to family and friends.
Celebration of Life will be at 5 p.m. Friday, November 17, in the Memorial Chapel of Chastain Funeral Home & Cremation Center with Lee Hupp officiating. Friends may call from 1 p.m. until the service on Friday at the funeral home.
Memorial Gifts can be made to the LIFE Pantry.
Condolences may be mailed to Brad Atkinson, 318 East Plum Street, Centerville, Indiana 47333 or www.chastainfuneralhome.com