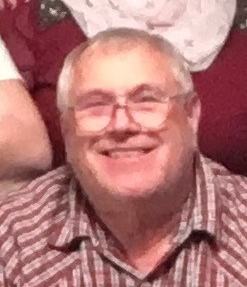 April 19, 1945 – September 19, 2017
Denny Inman, 72, of Bedford, died at 9:07 a.m. on Tuesday, September 19, 2017 at I.U. Health Bloomington Hospital.
Born April 19, 1945, in Bedford, he was the son of Cecil and Lois (Watson) Inman. He married Diane E. Galloway and she preceded him in death on April 30, 2014. He retired from the L & N Railroad and later retired as an electronics technician from NWSD Crane after twenty-three years. He was a veteran of the U.S. Army where he served as a sharp shooter. He was a loving husband, father, and grandfather. He was active in Lawrence and Monroe Co. 4-H. He enjoyed flea markets and his animals.
Survivors include his mother, Lois Inman, of Bedford; two sons, James E. Inman, and Kip E. Inman and Charity, all of
Bedford; a daughter, Alissia Inman and Monte Bastin, of Bedford; nine grandchildren, Samantha, Taylor, Alanis, Kody, Alexandra, Keaton, Danielle, Dax and Kenley; a great grandson, Michael; a sister, Jill Deckard and Kevin Bailey,
of Bedford, and a niece, Tiana Deckard, of Bedford.
He was preceded in death by his wife and father.
Funeral services will be conducted at 11 a.m. on Friday, September 22 nd in the Elmwood Chapel of the Day & Carter
Mortuary with John Lee officiating. Burial will follow in Hayes Cemetery where military rites will be accorded by members of Gillen Post #33 American Legion. Visitation will be from 4 p.m. until 8 p.m. on Thursday, September
21st at the Day & Carter Mortuary.
Family and friends may express condolences at www.daycarter.com.