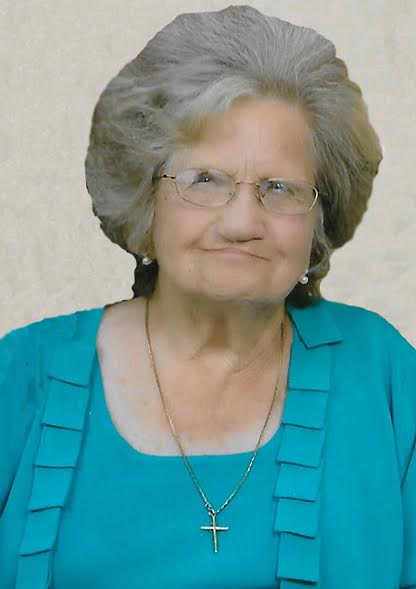 March 8, 1928 – Sept. 11, 2017
Betta Jean Beavers Smith, 89, os Plantation Fl., passed quietly on Monday, September 11, 2017.
Born March 8, 1928, in Milltown, Indiana, she was the daughter of Everett and Ida Fern (Hannel) Grunden.
Betta was the first and foremost a warm caring person who treated all with kindness and respect. In the vernacular of her day, she was always referred to as, “that sweet Betta.” She would undoubtedly list her two sons as her most important achievements in a life well lived. She was married to Jesse Beavers, father of her two sons, until his death in February 1983. They had been childhood sweethearts from the third grade. They lived their early years in a small frame house on Main Street in Mitchell until finally building their dream home on three acres on State Road 60 East in 1970. Betta married Tom Smith in 1985. They lived in Salem and then on White River near Shoals. Finally, in retirement, they moved to Plantation, Florida, near Tim, where Tom died in 2015. Ironically, Betta, who was always the caregiver, became the cared-for as Alzheimer’s ravaged her life.
Betta is survived by her sons, Keith Beavers and his wife, Donna, and Tim Beavers and his wife, Betty Anne. She is also survived by grandchildren, Jason Beavers and his wife, Meredith, Jeffrey Beavers and his wife, Summer, Justin Beavers, Alexanne Beavers, and great grandchildren, Adrianna Beavers, Merrick Beavers, and Raylan Beavers.
She was preceded in death by her parents; husbands; and siblings, Ollie Grunden, Bennie Grunden, Irene Grunden, Mildred Haley, Violet Davis, and Maudie Mann.
Funeral service will be at 1:00 p.m. Saturday, September 16, in the Memorial Chapel of Chastain Funeral Home and Cremation Center with Lee Hupp officiating. Burial will be in Mitchell Cemetery.
Friends may call from 11:00 a.m. until the service on Saturday at the funeral home.
Condolences may be sent to the family at www.chastainfuneralhome.com
Bobbie Gene Lee
June 2, 1939 – September 13, 2017
Bobbie Gene Lee, 78, of Tunnelton, passed away on Wednesday, September 13, 2017 at his residence.
Born June 2, 1939, in Kentucky, he was the son of John Martin and Elizabeth Mae (Babb) Lee.
He married Ramona Flinn on June 30, 1962; and she survives.
He was a graduate of Henderson County High School, in Henderson, Kentucky, with the Class of 1957. Bobbie was a veteran of the United States Army, where he was stationed in Korea. He was an avid gardener. Bobbie retired from Samco after many years. He was of the Protestant Faith.
Surviving are his wife, Ramona Lee; two sons, David (Tracy) Lee and Mark Lee; two grandchildren, Patrick Lee and Andrea Lee; and several nieces and nephews.
He was preceded in death by his parents and one brother, Billie Lee.
Funeral services will be at 2:00 P.M. on Friday, September 15, 2017 at the Ferguson-Lee Chapel of Thorne-George Family Funeral Homes, with Pastor Mike Davis officiating. Private family burial will be held at Tunnelton Cemetery at a later date.
Visitation will be on Friday, 11:00 A.M. until the service hour at the funeral chapel.
Online condolences may be sent to the family at www.fergusonlee.com.