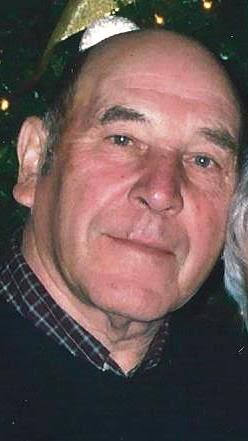 June 5, 1933 – August 30, 2017
Gilbert William Fey, 84, passed away peacefully at home, surrounded by his family on Wednesday, August 30, 2017 in Bloomington, IN.
Gil was born in 1933 in Louisville, Kentucky to Leonard T. and Rosella “Cottie” Fey. He grew up in the Louisville area, moved to Corydon and graduated high school there in 1951. He was a proud Marine and a combat veteran of the Korean conflict. Gil then attended Indiana Central College (now UIndy), participated in athletics and met his future wife, Ruth Erny of Plymouth, IN. They graduated in 1958, married, and recently celebrated 59 blessed years together.
Gil began his teaching and coaching career at Brownsburg High School in 1958. In 1961, they moved to French Lick, IN where he inaugurated the football program at Springs Valley High School and was Head Football Coach and Athletic Director for 10 seasons. He was a beloved coach known for his ability to mentor, guide and positively impact his players and students. In 1971, he began coaching at Bedford High School and was the founding Football Coach and Athletic Director at Bedford-North Lawrence High School until 1982. He also raised purebred Angus cattle and served on the Board of Springville Feeder Association.
After retiring from coaching and teaching, Gil and Ruth enjoyed working on their farm, relaxing at their home in Florida, and volunteering within their communities. This included several years at Belle Trace Health and Living Center and home visitation for St. Vincent de Paul Society, Bloomington.
Gil was a lifelong Catholic and a member of St. Vincent DePaul Church in Bedford. When asked about it, he was proud to tell the story of actually meeting Saint Padre Pio in 1953 in Italy.
His influence on his family, his friends and neighbors, and the legion of students and players he coached cannot be over-stated. He set an example for every person who met him. In his quiet manner, he inspired others to be better people. His goal was always to leave a place better than he found it. There is no doubt that he accomplished that in his 84 years here.
Coach Fey was preceded in death by his parents, his brothers Leonard T. “Skip” Fey, Jr. and Francis Xavier “Frank” Fey, his sister Doll Rose (Fey) Woosley.
He is survived by wife, Ruth, their children Michelle (Michael) Pullano of Suffolk, VA; Marcy (Greg) Johnson of Kansas City, MO, Mindy (Tony) Kinser of Bedford, IN and Mike Fey (Gia) of Sandy, Utah, grandchildren Nick Pullano, Cara (Billy) Pullano Curling, Morgan Johnson, Abbey Johnson, Caitlin Kinser, Drew Kinser, Bridgett, Fey, Maggie Fey, and Paige Fey, Tyler Maxey, Krysta Maxey and Kymberlie Maxey, and one great grandchild, William “Bear” Curling IV (born July, 2017). Gil also leaves his sister in law, Fofie Fey, and many nieces and nephews.
Memorial Contributions may be made to St. Vincent de Paul Church Building Fund or St. Vincent de Paul Society, Bloomington. The family wishes to sincerely thank Bloomington Hospital and Premier Hospice for the wonderful care and support given, especially hospice nurse, Susan.
Visitation will be from 4 pm to 8 pm on Friday, September 1st at the Shamrock Center in Bedford. A funeral Mass will begin at 10 a.m. on Saturday, September 2nd at St Vincent DePaul Catholic Church with Father Rick Eldred and Deacon Dave Reising officiating. Following the Mass, military rites will be accorded by members of Gillen Post #33 American Legion.
Family and friends may express condolences at www.daycarter.com.
William Lowell Arnold II – Mitchell 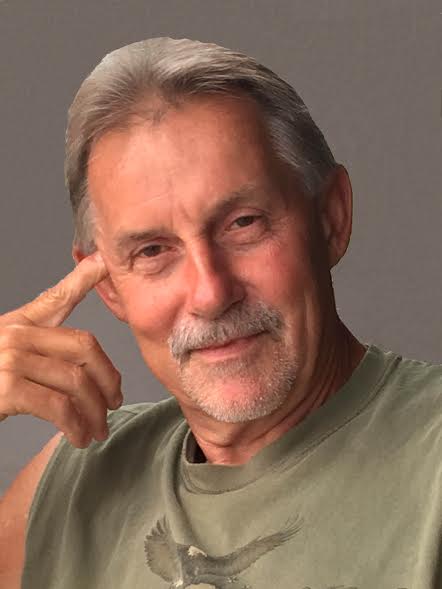 July 17, 1954 – August 29, 2017
William Lowell Arnold II, 63, of Mitchell, passed away Tuesday, August 29, 2017, at his residence.
Born July 17, 1954, in Lawrence County, he was the son of William Lowell and Colleen (Kirk) Arnold. He married Martha J. Blendowski July 28, 1979. Bill retired from Lehigh Cement Company with 35 years of service and was past president of Local Union No. 30. He was a Mitchell City Councilman at-large, loved golfing, riding his Harley, and took great pride in his lawn. Bill was a member of the First Baptist Church and Mitchell High School Class of 1972.
Surviving: wife, Martha Arnold of Mitchell; daughters, Jennifer McNeely of Mitchell, Tara (Cory Kirk) Arnold of Mitchell; mother, Colleen Arnold of Mitchell; “Poppy” loved his grandchildren – Madison McNeely, Olivia Varvel, Jacob Stroud, and Gabby McNeely; sister, Myra Zeeks of Mitchell; brother, Jeff (Lory) Arnold of Orleans; his dog, Dudley
His father preceded him in death.
Funeral service will be at 1:30 p.m. Sunday, September 3, in the Memorial Chapel of Chastain Funeral Home & Cremation Center with Reverend Reggie Clark and Duane Edmonson officiating. Burial will be in Mitchell Cemetery. Friends may call from 3 p.m. until 7 p.m. Saturday and from noon until the service on Sunday at the funeral home.
Casketbearers: Dave Williams, Bob Richards, Bobby Keithley, Jacob Stroud, Vince Blendowksi, John Blendowski, Jeff Arnold, and Don Caudell.
Memorial Gifts: Indiana University Health Hospice House, 2810 South Deborah Drive, Bloomington, IN 47403
Condolences may be sent to the family at www.chastainfuneralhome.com