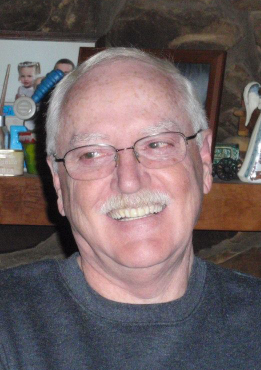 May 19, 1950 – July 25, 2017
Bedford – David Alan Sears went to the Lord and Savior on July 25, 2017.
He was surrounded by his loving family. David was born May 19, 1950 to Leslie and Anna Sears, who preceded him in death. He had 2 brothers, both deceased: Leslie Jr. and Ronnie, and three sisters: Betty and Jona, deceased, and Clara Noel of Bedford who survives.
On December 30, 1972 he married Becky Ann Ryan. They spent 37 wonderful years together before her death on December 09, 2010.
On July 30, 2012 he married Sherri Carney and she survives.
David worked at G.E. for 42 years in maintenance. He served in the U.S. Navy Airedales 1969-1073 as a Jet Mechanic He served at Memphis, Tennessee; San Diego, California; Merman, California and 3 years at Barbers Point, Hawaii.
David spent several early years at the Brownstown Speedway working on the Riggles Racecar. Once his children came he went as a spectator.
David was a family man and spent most of his life with his children and grandchildren. He never missed an event they were in whether football, baseball, basketball, volleyball, band, dance, or orchestra.
Many school programs were attended and sometimes he and Sherri would have to split up to get to everything scheduled. The kids always knew they were welcome at Papi’s house as they called him. You could find him manning the grill, blowing up or patching pool rafts, airing up bike tires, sharing where Santa was traveling, or seeing his 6’2″ frame jumping and down in the trampoline. He loved traveling, going in antique shops, attending shows at Derby Dinner, Gatlinburg, and Branson, Mo. David and Sherri loved to go on the trike.
Children are Jeremy Sears, Juston Sears, Becky Sears, Todd Carney and Jeff Carney. Grandchildren include Abbigail Sears, Jacob Sears, Kyzer David Sears, Kalandra Sears, Isabelle Sears, Jeremiah Sears, Avery Carney, Alli Carney, Kristin Thornsberry, Mackenzy Pritchett and Mary Kate Pritchett. Other children frequently at the Sears house were Toni Brock, Kelton Meyers and Kailyn Meyers.
Funeral services will be conducted at 11 a.m. on Saturday, July 29th in the Elmwood Chapel of the Day & Carter Mortuary. Burial will follow in the Old Union Cemetery with graveside rites accorded by members of the Gillen Post #33 American Legion. Visitation will be from 4 p.m. to 8 p.m. on Friday, July 28th at the Day & Carter Mortuary.
The family asks that friends consider memorial contributions be made to the David Sears Grandchildren College Education Scholarship Fund.
Family and friends may express condolences at www.daycarter.com.