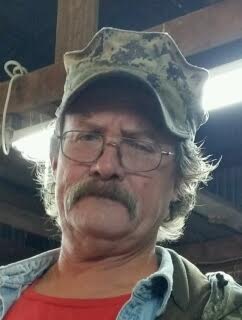 December 20, 1961 – July 5, 2017
James Mathew Landreth, 54, of Spencer, died Wednesday, July 5, 2017 at his residence.
Born December 20, 1961, in Lawrence Co., he was the son of William Henry and Bonnie Lou (Hupp) Landreth. He retired as an assembly line worker at GE and was a veteran of the U.S. Navy.
Survivors include a sister, Connie Sellers and husband, Steve, of Jeffersonville; a brother, Tom Landreth of San Antonio, TX; four nieces and nephews, Erica Sellers, of Nashville, TN, Michael Sellers, of Jeffersonville, Braden Meredith, of Louisville, KY and Autumn Sellers, of Jeffersonville.
Funeral services will be conducted at 2 p.m. on Tuesday, July 11th in the Elmwood Chapel of the Day & Carter Mortuary. Burial will follow in the Mitchell Cemetery where military rites will be accorded. Visitation will be from 11 a.m. until the hour of service on Tuesday, July 11th at the Day & Carter Mortuary.
The family asks that friends consider memorial contributions be made to the Wounded Warrior Project.
Family and friends may express condolences at www.daycarter.com.
Patricia M. Browning – Bedford
February 14, 1933 – July 5, 2017
Patricia M. Browning, 84, of Bedford, died at 11:25 p.m. Wednesday, July 5, 2017 at I.U. Health Bloomington Hospital.
Born February 14, 1933, in Lawrence Co., she was the daughter of Doyle and Emma (Day) Love. She married Paul Browning in 1964 and he preceded her in death in 1986. She had worked as a secretary for the U.S. Forest Service until her retirement.
Survivors include a son, Russell Browning and wife, Paula, of Bedford and a granddaughter, Nicole Browning, of Bedford. She was preceded in death by her parents and husband.
Graveside services will be conducted at 1:30 p.m. on Monday, July 10th at Cresthaven Mausoleum with Millard Jones officiating. Visitation will be from Noon until 1:15 p.m. on Monday, July 10th at the Day & Carter Mortuary.
Family and friends may express condolences at www.daycarter.com.
Dennis Ray Fry – Indianapolis
Dennis Ray Fry, 70, of Indianapolis, died Tuesday, July 4, 2017 at Methodist Hospital of complications from heart disease.
He is survived by his sons, Andy and Chris, and his daughter, Katie; his sisters, Susan and Laurie; his brother, Jeff; numerous aunts, uncles, nieces, nephews, cousins, a granddaughter (Simone) and many close friends.
Dennis was born and raised in Bedford, the son of Ray and Phyllis (Robertson) Fry. As a child, Dennis excelled in 4-H, science, and music. A self-taught guitarist, he was a member of the Kinsmen, an acoustic folk band. He grew up attending and was a member of the Mt. Pleasant Christian Church. After graduating valedictorian from Needmore High School in 1964, he attended Indiana University, graduating in 1969 with a bachelor's degree in Chemistry and Biology.
From 1969 to 1972, Dennis served in the U.S. Army Reserves as a medic. While serving he met Linda Reddington, a nursing student at IU. After a brief courtship, they were married in Indianapolis, where he lived the rest of his life.
While in Indianapolis, he attained a Master’s of Science in Cellular Biology and Biochemistry from Butler University while working as a food inspector at the Indiana State Board of Health. In 1977, two years after the birth of his first child, Andrew Michael, and one year before the birth of his second child Christopher Ray, Dennis was hired as a Quality Control specialist at Standard Brands, which later became Nabisco Brands. He worked for Nabisco until 1991, advancing to Director of Technical Services.
When Nabisco was purchased, Dennis opted to leave the company to become an entrepreneur. His first business, Monument Circle Travel, built on a lifelong passion for exploring the world and had an office overlooking Indianapolis’ historic Soldiers and Sailors Monument. During this time, he welcomed his third child into the world, daughter Katherine Alexandra, with Mary-Kathryn Joyce in 1993.
His next venture, which eventually became known as Tastemakers International Foods, combined his knowledge of travel and food science into a business that took him on adventures across the globe. During the 1990’s, Dennis helped develop the first margarine plant in newly capitalist Poland, worked with prune growers in the south of France, and consulted extensively in Argentina and Russia.
The early 2000’s were marked most notably by Dennis’ involvement in product development for food companies in Asia. He immersed himself in learning how to create savory flavor, developing broth formulas for Japanese, Chinese, and Taiwanese companies. His signature product, concentrated chicken broth, is the first of its kind in the world, and has sold across Asia for nearly a decade. In the last years of his life, he worked closely with his sons to bring the product to the U.S. market, where it is now sold under his own Tastetopper brand name, in partnership with the Golden Howard company in Taiwan.
Dennis was especially proud of his travels to Asia and fascinated by the different cultures he encountered. A lifelong learner, he was able to acquire basic proficiency in the Chinese language, which he would often employ to the amusement of recent immigrants in restaurants across Indianapolis.
A child at heart, possessing a fierce intellect and a kind, gentle soul, he will be missed dearly by all who knew him.
A Celebration of Life will be conducted at 3 p.m. on Saturday, July 15th at Mt. Pleasant Christian Church with Pastor Jeff Hudelson officiating. Visitation will be from Noon until the hour of service on Saturday, July 15th at Mt. Pleasant Christian Church. Burial will follow in the Mt. Pleasant Cemetery. Military rites will be accorded at the graveside by members of the American Legion Gillen Post #33.
Family and friends may express condolences at www.daycarter.com.