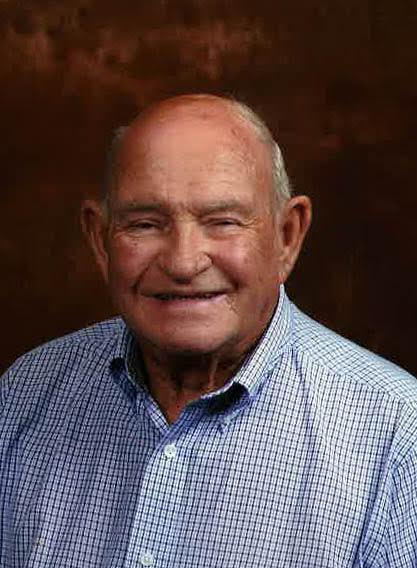 June 11, 1932 – June 27, 2017
William Lee Tritle, 85, of Mitchell, passed away Tuesday, June 27, 2017.
Born June 11, 1932, in Bromer and raised in Leipsic, he was the son of Earl Franklin and Bess Caroline (McCoy) Tritle. He married Jowana “Jo” Kinser February 14, 1959, and she preceded him in death October 9, 2009. Bill retired from Carpenter Body Works. He was a member of the Mitchell First Church of God, Orleans Masonic Lodge No. 153 F&AM, and the Orleans High School Class of 1950. Bill loved fishing, being outdoors, and spending time with family and friends. He was a U. S. Army veteran of the Korean War.
Survivors include his children, Traci L. Tritle, of Mitchell and Bill Tritle, of Spencer; grandchildren, Terra Tritle and Amber Williams; special friend, Colleen Arnold, of Mitchell
His parents; wife; daughter, Terri Jo Meadows; sister, Carolyn Weeks; and brothers, Robert “Bob” Tritle and Jimmy Harris Tritle, preceded him in death.
Funeral service will be at 10 a.m. Saturday, July 1, at the Mitchell First Church of God with Reverend Roland Holtsclaw and Dr. Robert C. Courson officiating. Burial will be in Cresthaven Memory Gardens with military honors accorded by American Legion Post No. 250 and Veterans of Foreign Wars Post No. 9107. Friends may call from 4 p.m. until 8 p.m. Friday at Chastain Funeral Home & Cremation Center and from 9 a.m. until the service on Saturday at the church.
Condolences may be sent to the family at www.chastainfuneralhome.com