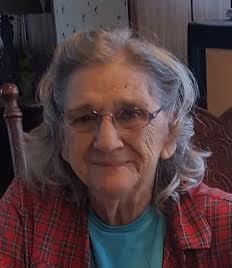 November 2, 1927 – June 16, 2017
Juanita G. Reuter, 89, of Springville, died at 5:30 am on Friday, June 16, 2017 at I.U. Health Hospice House in Bloomington.
Born November 2, 1927, she was the daughter of Jesse D. and Zena Ray. She married Robert E. Reuter on July 8, 1944 and he preceded her in death on July 7, 1984. She was a homemaker and former member of the Moose Lodge #689.
Survivors include a daughter, Carletta Ratliff, of Hamlin, TX; two granddaughters, Tonya Raines and husband, Jason, of Anson, TX, Wendy Lawalin and husband, Al, of Mitchell; great grandchildren, Courtney, Andrea, James, Mason and Cheyenne; a great great grandchild, Brynn; a sister, Gloria D. Poole.
She was preceded in death by her parents, her husband, three sisters, Helen L. Hupp, Erma Jeanette Ray and Loretta M. Eads; three brothers, William E., Harold F. and Roger D. Ray.
Visitation will be from 4 p.m. to 8 p.m. on Monday, June 19th at the Day & Carter Mortuary. No services are scheduled.
Family and friend may express condolences at www.daycarter.com.
Stephen D. Maegerlein – Williams 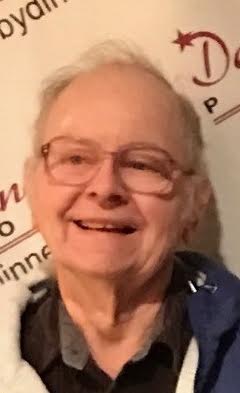 December 9, 1940 – June 16, 2017
Stephen D. Maegerlein, 76, of Williams, died at 9:45 pm on Friday, June 16, 2017 at his residence.
Born December 9, 1940, in Bedford, he was the son of Lehman Otto and Rebecca Cornelia (Smith) Maegerlein. He married Nancey J. Franklin on May 27, 1988 and she survives. He was a graduate of Williams High School with the class of 1959. He graduated from Purdue University in 1963 and was employed as a chemist for NSWC Crane. He was a certified cave diver and a consummate tinkerer. He loved science and sharing his knowledge with everyone. He was a member of the America Chemical Society, BIG Bloomington Indiana Grotto. He was a member of the National Guard for six years and the secretary-treasurer for the Williams Cemetery Association. He was a loving husband, dad and grandpa.
Survivors include his wife, Nancey, of Williams; two sons, William (Bill) Kristler and wife, Cathy, of Williams, Anthony (Tony) Kristler and wife, Betty, of Lanesville; four grandchildren, Antonio and wife, Jenny Kristler, Abigail Kristler and Charesa Kristler.
He was preceded in death by his parents, a brother, Timothy and a sister, Mary Rachel Cline.
A celebration of Stephen’s life will be held at 6 p.m. on Wednesday, June 21st in the Elmwood Chapel of the Day & Carter Mortuary with Ariana Wilson officiating. Visitation will be from 2 p.m. until the hour of service on Wednesday, June 21st at the Day & Carter Mortuary. The family asks that friends consider memorial contributions be made to the Williams Cemetery Association.
Family and friends may express condolences at www.daycarter.com.