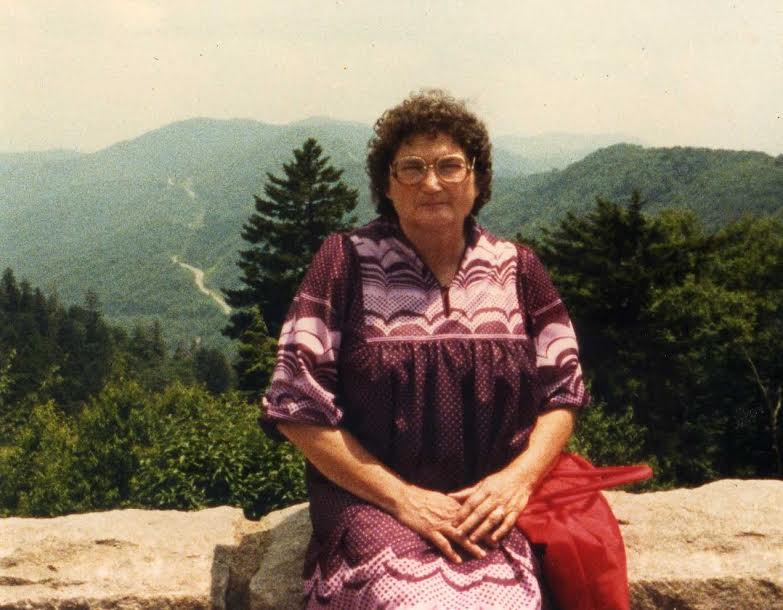 October 17, 1925 – June 14, 2017
Edith H. (Stines) Tolliver, 91, of Bedford, went home to be with her Heavenly Father on Wednesday, June 14, 2017 at Garden Villa, Bedford.
Born October 17, 1925, in Lawrence County, Indiana, she was the daughter of Hershal and Dorothy (Stodgill) Stines.
She married Wayne Tolliver, on December 14, 1942; and he survives. This December would have been their 75th wedding anniversary. She was of the Pentecostal Faith, attending various churches with family and friends. Edith was a homemaker, and loved to share the good news of her Savior.
Surviving are her husband, Wayne; three sons, Larry Dale (Carol) Tolliver, Dustin F. (Mary) Tolliver, and Douglas M. (Susan) Tolliver; two daughters, Linda S. (Larry) Martin, and Pamela M. (Stephen) Ritter; brothers and sisters, Arthur Stines, Hershal Stines Jr., David Stines, and Ellen Taylor; fifteen grandchildren; twenty-seven great-grandchildren; and three great-great grandchildren.
She was preceded in death by her parents; one son, Phillip A. Tolliver; four brothers, Russell, Ralph, Glen, and Paul Stines; and one sister, Darlene Hayes.
Funeral services will be 3:30 p.m. Saturday, June 17, 2017 at the Ferguson-Lee Chapel of Thorne-George Family Funeral Homes. Burial will be in Cresthaven Memory Gardens. Visitation will be 4 p.m. until 8 p.m. Friday at the funeral chapel.
Online condolences may be sent to the family at www.fergusonlee.com.
Rebecca K. Hall – Bedford 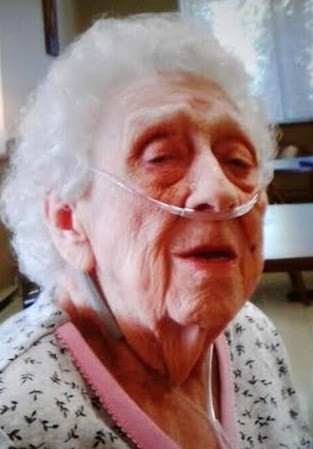 December 16, 1921 – June 14, 2017
Rebecca K. Hall, 95, of Bedford, passed away on Wednesday, June 14, 2017 at the White River Lodge, Bedford.
Born December 16, 1921, in Lawrence County, IN, she was the daughter of Ralph and Lois (Baugh) Rosenbaum.
She married William “Bill” E. Wolfinger, and he preceded her in death in 1956. Some years later, she married Forrest Hall, and he preceded her in death. Rebecca was of the Methodist Faith. She was a past member of the Moose Lodge.
She was a graduate of Tunnelton High School. She had worked at M. Fine and Co. and the Dollar Store.
Surviving are one daughter, Theresa (Roger) Martin, of Bedford; one sister, Patty Holtsclaw, of Plainfield, IN; six grandchildren; twelve great-grandchildren; and several nieces and nephews.
She was preceded in death by her parents; husband, William, and husband, Forrest; one daughter, Mary Burton; brother, Clyde Rosenbaum; and grandson, Richie.
Funeral services will be at 1 p.m.. Saturday, June 17, 2017 at the Ferguson-Lee Chapel of Thorne-George Family Funeral Homes, with Robert Rosenbaum officiating. Burial will be in Beech Grove Cemetery. Visitation will be from 10 a.m. until the service hour at the funeral chapel.
Online condolences may be sent to the family at www.fergusonlee.com.
David E. Schuley – Bedford
David E. Schuley, 50, of Bedford, passed away Tuesday, June 13, 2017, at Indiana University Health Bedford Hospital.
Funeral arrangements are pending at Chastain Funeral Home & Cremation Center.
Mary Jeanette (Holt) Green – Westfield
Mary Jeanette (Holt) Green, 88, formerly of Bedford, passed away Friday, March 10, 2017, at her residence.
Born October 22, 1928, in Lawrence County, she was the daughter of Walter E. and Ruth (Martin) Holt. She married Gerald E. Green December 10, 1945, and he preceded her in death November 4, 2000. Mary had been employed at Naval Aeronautics in Indianapolis. She enjoyed quilting and word searches.
Survivors include her son, Gerald W. (Cindy) Green of Westfield; 5 grandchildren; 9 great grandchildren; sister, Virginia Smallwood of Tennessee
Her parents; husband; and sons, Dale E. and Ralph W. Green, preceded her in death.
Graveside service will be at 1 p.m. Saturday, June 17, at White River Baptist Cemetery with Reverend David Ferry officiating.
Condolences may be sent to the family at www.chastainfuneralhome.com