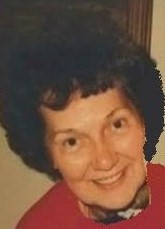 March 27, 1931 – May 19, 2017
Helen Wagner Reynolds, 86, of Bedford, died Friday, May 19, 2017 at Winchester Medical Center in Winchester, VA.
Born March 27, 1931 in Silverville, IN, she was the daughter of Clyde and Elsie (Goad) Wagner. She married Dale E. Reynolds and he preceded her in death. She was a homemaker and artist, and was a member of the Grace United Methodist Church.
Survivors include a daughter, Barbara Jean (Reynolds) Becker and husband, John Dolph, of Bedford; two granddaughters, Tiffany A. Becker, of New Mexico and Michelle A. Becker, and husband, Joe E. Reinhardt, of Bedford; two great grandchildren, James Dale Reinhardt and Lucas Mason Reinhardt, both of Bedford; two brothers, Jack Wagner, of Indiana and Clyde (Sonny) Wagner, of Florida; a sister, Doris Warren, of Massachusetts.
She was preceded in death by her parents, her husband, two sisters, Agnes Fish and Janet (in infancy); a brother, Kenneth Wagner.
Funeral services will be conducted at Noon on Thursday, May 25th in the Elmwood Chapel of the Day & Carter Mortuary with Pastor Michelle White officiating. Burial will follow in Beech Grove Cemetery. Visitation will be from 10 a.m. until the hour of service on Thursday, May 25th at the Day & Carter Mortuary.
Family and friends may express condolences at www.daycarter.com.
I. Jane Holtsclaw – Oolitic 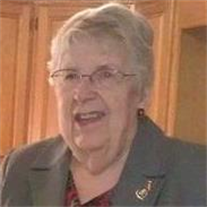 November 26, 1927 – May 19, 2017
Isabelle Jane (Cox) Holtsclaw, 89, of Oolitic, passed away on Friday, May 19, 2017 at IU Health Bloomington Hospital.
Born November 26, 1927, in Lawrence County, she was the daughter of Floyd and Sarah Cox. She married William Russell Holtsclaw on November 9, 1944; and he preceded her in death on October 10, 1984. Jane was a member of Avoca Baptist Church. She worked as an Engineering Technician at NWSC Crane, where she retired in 1988, following 20 years of service. In retirement, she worked as a volunteer at Dollens Elementary for 13 years. She was a past board member of Shepherd’s Bethel Missionary Furlough Housing in West Baden. She was a board member of Child Evangelism South Central area. Jane was a member of the White River Humane Society, the Lawrence County Historical and Genealogy Association, and the Alpha Beta Chapter of Beta Sigma Phi. She was able to travel the world in retirement.
Surviving are her children, Melinda Johnson, Martha Craig, Nancy (Danny) Stewart, and David (Leslie) Holtsclaw; thirteen grandchildren; twenty-nine great-grandchildren; five great-great-grandchildren; and several nieces and nephews.
She was preceded in death by her parents; husband, William; and two brothers, Philip and Danny.
Funeral service will be at 2 p.m.. on Thursday, May 25, 2017 at the Avoca Baptist Church, with Pastor Steve Wilkinson officiating. Entombment will be in Cresthaven Memory Gardens. Visitation will be Wednesday, 4 p.m. until 8 p.m. at the Ferguson-Lee Chapel of Thorne-George Family Funeral Homes, and from 1:00 P.M. until the service hour at the church.
Memorial contributions may be made to Avoca Baptist Church, In Memory of I. Jane Holtsclaw.