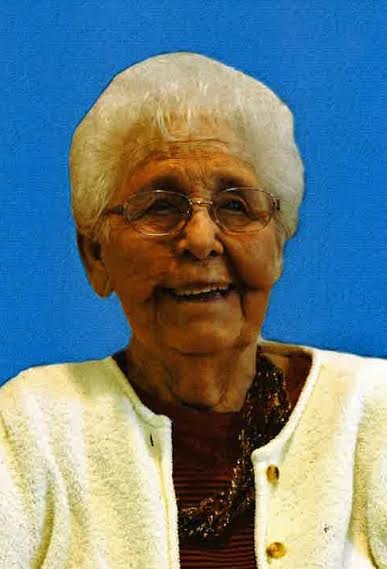 March 19, 1927 – April 21, 2017
Geneieve “Jenny” Leonard, 90, of Mitchell, went to be with the Lord Jesus on Friday, April 21, 2017, at StoneBridge Health Campus in Bedford.
She was born March 19, 1927, to Beryl Edwards and Hallie Burton on a small farm in the Spice Valley area west of Mitchell. She attended Bryantsville School in early school years and received a double promotion while there.
At an early age her mother married Menlo “Skinner” Brewer and moved to Mitchell. She grew up on the corner of East Main and Fourth Streets. She had many friends through school, but her dearest friend was Wanda (Cole) Sweeney. She was active in school and was a beautiful majorette with the high school band. She was always proud of the fact that she graduated with Gus Grissom. Upon graduation, she married the love of her life, Jim Leonard, and began a career managing a family owned restaurant in Paoli, Indiana, called Handy Andy’s. It was a popular stop in the surrounding area for ice cream cones and malted milkshakes.
In the late 1940’s, they moved to Muncie, Indiana, to manage another one of the family owned restaurants and in 1950 were blessed with a son, Larry. A year later they were again blessed with a little girl, Pam.
In 1955 they moved back to Mitchell and settled down. Jenny was a hard worker and began a career as a telephone operator for several years while trying to balance a career and raise her family. After the telephone office closed, she worked at Burtons Store for many years. She was a wonderful wife and mother. She was also a caregiver and great friend to many people.
She was blessed with two grandchildren, Todd Leonard and Brittany Meadows, but both tragically died at a young age. She was the rock that held the family together through thick and thin and always there when you needed her most.
Family and close friends called her “Moose.” Don’t really know for sure how that nickname got started, but it stuck with her for the rest of her life.
She was a member of the First Baptist Church in Mitchell for about 75 years, and the Phi Beta Psi Sorority for many years. Later in life she was a caregiver for little Brittany, her mother, Hallie, and her dear friend, Bill Head. She was truly a wonderful friend to many people and could always be counted on for help, support, and a hot cup of coffee on the corner of 12th and Main.
As her health deteriorated, she moved to StoneBridge Health Campus where she was cared for by many wonderful people who she came to know and love and they all loved her.
Jenny was preceded in death by her husband, Jim; grandchildren, Todd Leonard and Brittany Meadows; parents, Skinner and Hallie Brewer; and sister, Colleen Edwards.
She is survived by her two children, Pam (Phil) Meadows of Mitchell, and Larry (Francie) Leonard of Mitchell; step grandchildren, Curt Day, Marci Arthur, Jamie Meadows, and Gena Maddox. She also leaves eight great grandchildren, Evan, Riley, and Kinley Day, Dylan and Shealyn Arthur, Camden Meadows, and Haley and Lindsey Maddox.
Funeral service will be at 10:30 a.m. Wednesday, April 26, at the First Baptist Church with Reverend Reggie Clark officiating. Burial will be in Mitchell Cemetery. Friends may call from 4 p.m. till 8 p.m. Tuesday at Chastain Funeral Home & Cremation Center, and from 9:30 a.m. until the service on Wednesday at the church. Honorary Casketbearers: Jerry Hancock, Leon Williams, Richard Burton, Chris Burton, Rex Morris, and Trent Magner.
Casketbearers: Curt Day, Evan Day, Jamie Meadows, Camden Meadows, Scott Arthur, and Dylan Arthur.
Memorial Gifts: Shriners Hospital for Children
Condolences may be sent to the family at www.chastainfuneralhome.com