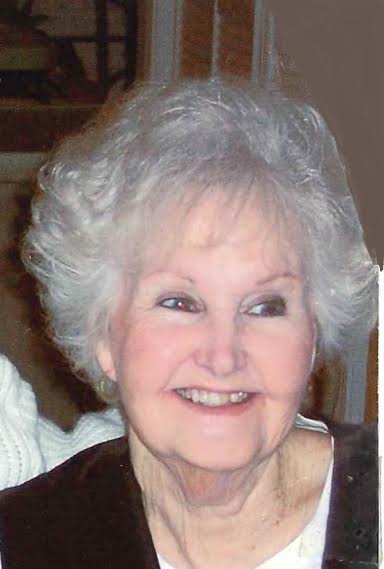 July 20, 1936 – April 9, 2017
Geraldine (Jerri) Johnson, 80, of Bedford, died at 4:37 pm on Sunday, April 9, 2017 at Garden Villa in Bedford.
Born July 20, 1936, in Lawrence Co., she was the daughter of Roy Allen and Myrtle (Fullen) Chastain and step-father, Hap Chastain. She married Bernard Johnson on August 20, 1955 and he survives. She had worked as a clerk at the 3-D Store and was a volunteer at I.U. Health in Bedford. She was a member of the Hillcrest Christian Church and former member of the Order of the Eastern Star.
Survivors include her husband, Bernard, of Bedford; two daughters, Lynn Mullis and husband, Brian, Lisa Mathews and husband, Bill, all of Bedford; five grandchildren, Brad Burton, of Washington, DC, Jesse Burton, Adam Mullis and wife, Christie, Scott Mathews and wife, Ashley, Jake Mathews, all of Bedford; two great grandchildren, Jenna and Averie Mullis; a half-sister, Sharon McAfee, of IL. She was preceded in death by her parents, a brother, Jim Allen and a daughter, Kelly Burton.
Funeral services will be conducted at 11 am on Thursday, April 13th in the Elmwood Chapel of the Day & Carter Mortuary with Pastor Jamie Allen and Pastor Charlie Scott officiating and Mark Fugate providing music. Burial will follow in Dixon Chapel Cemetery. Visitation will be from 5 pm to 8 pm on Wednesday, April 12th at the Day & Carter Mortuary.
Family and friends may express condolences at www.daycarter.com.
Betty Rose White – Bedford 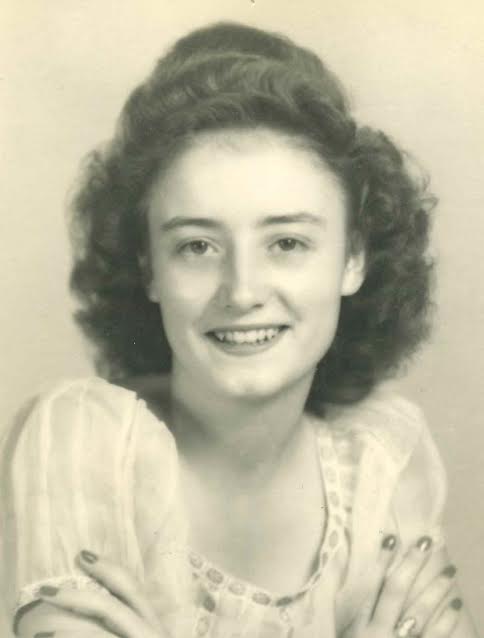 December 11, 1930 – April 10, 2017
Betty Rose White, 86, of Bedford, died at 4:25 am on Monday, April 10, 2017 at Westview Nursing and Rehab.
Born December 11, 1930 in Bedford, she was the daughter of Carl and Dorothy Glen (Burton) Ratliff. She married Muriel Edwin White on January 29, 1949 and he preceded her in death on April 16, 2001. She was a member of the Englewood Baptist Church where she served in the choir, with the missionary ladies, and Rosebud and Guild Girls Leader. She was a past Boy Scout Leader and 4-H Leader. Betty raised her family first then was a babysitter for over forty years. She loved and nurtured many children as her own. She had the patience of a saint. Her hobbies were sewing, quilting, and a card ministry.
Survivors include three daughters, Jacqualin Clark and husband, Randy, of Orleans, Trudy White, of Bloomfield and Jody Manning and husband, Roger, of Oolitic; eleven grandchildren, Jaunni (Chad) Grimes, Jamison (Brooke) Clark, both of Orleans, Griffin Clark, Maria Konermann and Olivia Stewart, all of Bloomington, Molly Konermann and Elijah Konermann both of Indianapolis, Casey (Angie) Konermann, of Bloomfield, Brady Manning, of Bedford, and Sadee Manning, of Florida, and Teresa White; thirteen great grandchildren, Sable Ledgerwood, of Paoli, Sawyer Shelton, of Eustis, FL, MacKenzie Clark, of Bloomington, Swayzee Grimes, Geneva Clark, and Willa Clark, all of Orleans, Dezaree Sparks, Nicholas Konermann, and Taylor Konermann, all of Bloomfield, Aksel Manning of Bedford, Lucca Konermann-Jones, Julian Konermann-Jones, of Indianapolis and Leota Kirkman-Clark, of Bedford; two great great grandchildren, Riley Shelton and Karma Ledgerwood, both of Paoli; four brothers, Mike (Judith) Concannon of Moore, OK, Jeff (Linda) Ratliff, of Hanford, CA, Kenny (Sharon) Ratliff, and Donny Ratliff, all of Bedford.
She was preceded in death by her parents, her husband, one son, Monty and a great grandson, Oscar Clark.
Funeral services will be conducted at 1 pm on Thursday, April 13th at the Englewood Baptist Church with Pastor David Ferry officiating. Burial will follow in Green Hill Cemetery. Visitation will be from 4 pm to 8 pm on Wednesday, April 12th at the Day & Carter Mortuary and from Noon until the hour of service on Thursday, April 13th at the church. The family asks that friends consider memorial contributions be made to the Lawrence County Historical & Genealogical Society or Lawrence County Child Abuse Prevention.
Family and friends may express condolences at www.daycarter.com.
Harold Duane Vaught – Mitchell 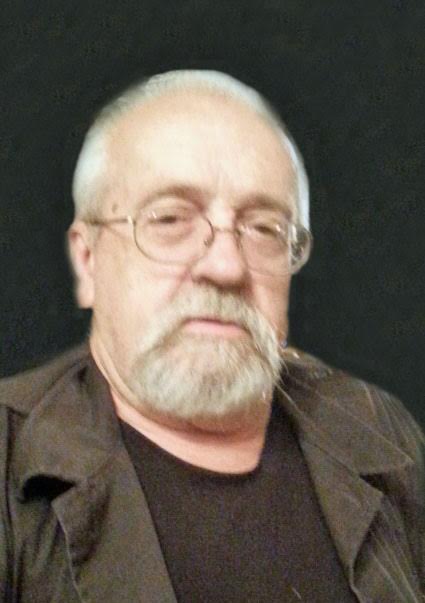 September 9, 1944 – April 7, 2017
Harold Duane Vaught, 72, of Mitchell, passed away Friday, April 7, 2017, at his residence.
Born September 9, 1944, in Mitchell, he was the son of George and Dorothy (Burgess) Vaught. He married Sandra Louella Neely September 17, 1986, and she preceded him in death May 19, 2007. Harold was a Canine Police Officer at Naval Surface Warfare Center – Crane. He enjoyed playing music and recently played at the Ryman Auditorium. Harold was a member of the Spring Mill Lodge Fraternal Order of Police No. 172, American Legion Post No. 250, and a veteran of the U. S. Army. He graduated from Mitchell High School in 1963.
Survivors include his children Peggy (Brian) Gerkin of Mitchell, Jim (Samantha) Fox of Mitchell, Brenda Freeman of Shoals, Jody Johnson of Mitchell, Vickie (Jon) Gilstrap of Campbellsburg, Jennifer Gammon of Mitchell, Tracey (Michelle) Vaught of Kansas, Duane (Melissa) Vaught of Kansas, Todd Vaught of Kansas; 16 grandchildren; 9 great grandchildren
His parents; wife; and siblings, Milton Dean Vaught, Gerald Lee Vaught, Donald William Vaught, twin brother, Howard W. Vaught, Gordon Dee Vaught, Susan Phyllis Vaught, Winifred June Kern, Pauline Ruth Cox, Jeralene Bonnie Hopkins, and Sharon Kay Campbell, preceded him in death.
Memorial service will be at 1 p.m. Saturday, April 15, in the Memorial Chapel of Chastain Funeral Home & Cremation Center with Reverend Mike Hester officiating. Burial will be in Mitchell Cemetery with military honors accorded by American Legion Post No. 250 and Veterans of Foreign Wars Post No. 9107. Friends may call from 11 a.m. until the service on Saturday at the funeral home.
Condolences may be sent to the family at www.chastainfuneralhome.com