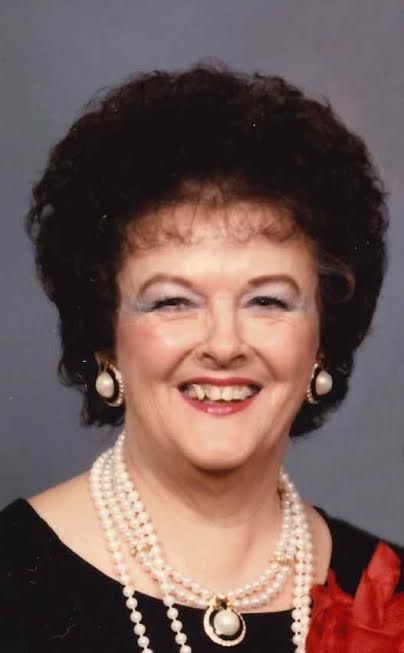 October 13, 1923 – April 1, 2017
Elizabeth L. Buttz, 93, of Bedford, died at 6:58 pm on Saturday, April 1 st , at the Johnson Christian Village with her loving family by her side.
Born October 13, 1923 in Villa Grove, IL, she was the daughter of Henry and Jessie (Metzler) Van Rheeden. She married Dr. John R. Buttz on May 30, 1942, and he preceded her in death on August 11, 2006.
She was an accomplished vocalist. A beloved wife and mother. She was the living example in both support of her husband and her family. She thrilled hundreds of people over her lifetime with her beautiful voice. She sang at the annual commissioning service for missionaries of the Church of God at the convention center in Anderson, with over 8,000 persons present. She was well-known throughout the state of Indiana and Ohio for her beautiful voice, not only in the church community, but in the secular community as well. She provided total support to her husband and sons. No task was too great, no burden too heavy for her family.
Survivors include three sons, John R. Buttz and his wife, Carolyn, Charles E. Buttz and his wife, Mary Ann, all of Bedford and James H. Buttz and his wife, Regina of Albuquerque, NM; six grandchildren, Shauna Dalton, Erin Lewis, Amy Glenn, Scott Buttz, Dana Buttz, and Tara Elliott; eleven great-grandchildren, Macy Blackwell, Sable Dalton, Sadie Glenn, Connor Glenn, Ella Tran, Alexa Tran, Mason Buttz, Terek Lewis, Brae Lewis, London Elliott, and Lyla Elliott; two great great-grandchidren, Lux Blackwell and Thea Blackwell; four step-grandchildren, Jeremy Buck, Brandon Buck, Donnie Buck, and Trisha Morrow.
She was preceded in death by her parents, her husband and eight siblings.
Funeral services will be conducted at 11 a.m. on Friday, April 7th in the Elmwood Chapel of the Day & Carter Mortuary with Pastor Lee Brown officiating. Burial will follow in Beech Grove Cemetery. Visitation will be from 4 p.m. until 8 p.m. on Thursday, April 6th at the Day & Carter Mortuary.
Family and friends may express condolences at www.daycarter.com.