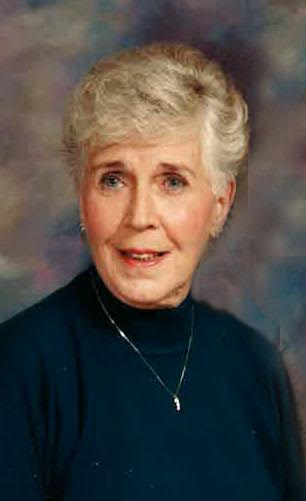 December 31, 1929 – March 29, 2017
Harriet McCart, 87, of Mitchell, passed away Wednesday, March 29, 2017 at StoneBridge Health Campus in Bedford.
Born December 31, 1929, in Chicago, Illinois, she was the daughter of Harry McQueen. She married Norman Wayne McCart April 8, 1950, and he preceded her in death February 28, 2010.
Harriet had been a medical assistant for Dr. Waldo and Dr. M. H. Girgis at Bedford Regional Medical Center, and was co-owner of the Betty Shop in Orleans. She graduated from Huron High School in 1948, and had been employed several years at Spring Mill State Park. Harriet was a member of the Huron Church of God and the Mitchell First Baptist Church. She enjoyed decorating, reading, entertaining, and her family.
Survivors include her son, Danny (Linn) McCart of Omaha, Nebraska granddaughters, Natalie and Emily.
Her father; husband; and son, Richard “Ric” McCart; preceded her in death.
Funeral service will be at 1 p.m. Saturday in the Memorial Chapel of Chastain Funeral Home & Cremation Center with Pastor Dwight Dunbar officiating. Burial will be in Mitchell Cemetery.
Friends may call from 11 a.m. until the service on Saturday at the funeral home.
Memorial gifts can be made in Harriet’s memory to the Mitchell Community Schools Scholarship Foundation
Condolences may be sent to the family at www.chastainfuneralhome.com