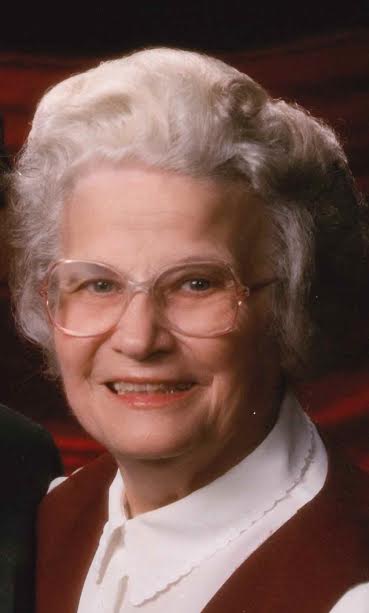 July 23, 1929 – December 19, 2016
Eunice S. Peyton, 87, of Bedford, passed away Monday, December 19, 2016 at Garden Villa in Bloomington.
Born July 23, 1929 in Daniels, WV, she was the daughter of Herbert McKinley and Edna (Worrell) Shelton. She married Rev. Justus “Juddie” Peyton on December 25, 1952 and he preceded her in death on June 21, 2009. She was affiliated with Evangelistic Faith Missions and active in her husband’s ministry and singing. They attended Faith Mission Church in Bedford.
Survivors include a daughter, Betty Nowling and husband, Colby, of Bloomington; a granddaughter, Lacy (Nowling) Whitaker and husband, Justin, of Indianapolis; a sister, Josephine Lish and husband, Tom, of Arkansas; a brother, Claude Shelton, of Arkansas; several nieces and nephews.
She was preceded in death by her parents, her husband, and a brother, Herbert Shelton, Jr.
Funeral services will be conducted at 2 p.m. on Friday, December 23rd in the Elmwood Chapel of the Day & Carter Mortuary with Rev. J. Stevan Manley officiating. Burial will follow in the Green Hill Cemetery. Visitation will be from 4 p.m. till 8 p.m. on Thursday, December 22nd and from Noon until the hour of service on Friday, December 23rd at the Day & Carter Mortuary.
Family and friends may express condolences at www.daycarter.com.