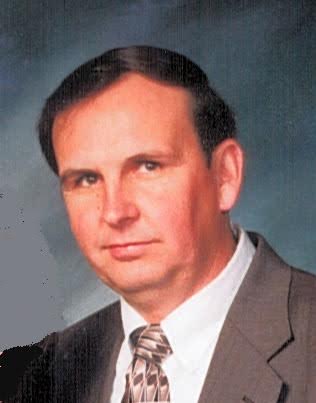 July 12, 1956 – October 6, 2016
Rev. Alan Phillips, 60, of Springville, went to be with the Lord on Thursday, October 6, 2016 at his residence.
Born July 12, 1956, he was the son of Rev. Wendell and Joyce (Godsey) Phillips. He married Marilyn Stines in 1975 and she survives. Alan served the Lord for forty-seven years and was a minister of the gospel for forty-three of them. His ministry included pastoring Peerless Pentecostal Church in Bedford for the last twenty-three and one-half years. He formerly pastored Paden Holiness Church in Paden, OK and Tunnel Hill Pentecostal Church in Owensburg, IN. He served as a traveling evangelist for several years. Alan was also a skilled carpenter and was much in demand.
Survivors include his parents, of Springville; his wife, Marilyn, of Springville; their two children, Andrew Phillips and wife, Jennifer, and Rebekah Brain and husband, Dustin, all of Springville; six grandchildren, Eli, Josiah, and Adalee Phillips, Alan, Katie and Sarah Brain, all of Springville; two sisters, Kathy Phillips, of Springville and Kay Churchman and husband, Jim, of Pekin; two brothers, Kenneth Phillips, of Bedford and Rev. Doug Phillips and wife, Lori, of Grantsburg, IN.
Funeral services will be conducted at 1 p.m. on Thursday, October 13th at the Shady Springs Camp, 12389 U.S. Hwy 50, Norman, IN, 47264 with Reverends Doug Phillips, Keith Thompson, Bert Arnett, Shane Pharris, Max Abel, and Roderick Foster officiating. Burial will follow in Springville Cemetery West. Visitation will be from 1 p.m. to 8 p.m. on Wednesday, October 12th at the Day & Carter Mortuary and from 10:30 a.m. until the hour of service on Thursday, October 13th at the Shady Springs Camp The family asks that friends consider memorial contributions to the Peerless Pentecostal Church.
Family and friends may express condolences at www.daycarter.com.
Alan loved to laugh and make others laugh. He had the ability to turn a difficult situation into a joyous story. Alan loved people and his heart’s desire was to help others find their way to God. If you wish to honor Alan’s life, please consider going to church soon with someone you love, and hear again how much God loves you. He lived his life to the purpose of serving God and loving people. It was a life well lived.
Olive Virginia Campbell – Bedford

March 1, 1922 – October 7, 2016
Olive V. Campbell, 94, of Bedford, passed on Friday, October 7, 2016 at her residence.
Born March 1, 1922 in Brownstown, she was the daughter of Oren and Ruth (Whitcomb) Huber. Olive first married Lt. Robert Speer in 1943 and he preceded her in death in 1944. She then married Lt. Col. Bill Campbell on May 12, 1951 and he preceded her in death on January 29, 1983. Olive was a member of Phi Beta Psi Sorority. She was also a member of the First United Methodist Church in Bedford where she was active in many church groups.
Survivors include five daughters, Donna Workman and husband Loran of Casper, WY, Cindy Blorstad and husband Craig of Bloomington, Kendra Emerson and husband Frank of Ocala, FL, Janet Sparks and husband Randy of Solsberry, and Jennifer Evans of Bloomington; two sons, Lt. Col. William Campbell and wife Faith of Kentucky, and Kenneth Campbell and wife Sue of Bloomington; eight grandchildren, Joshua, Candace, Jake, Haley, Daniel, Emily, Christine, and Pierce; five great grandchildren; one brother, Dr. Tom Huber and wife Mona of Watkinsville, GA; and several nieces and nephews. She was preceded in death by her parents; both husbands; two brothers, Richard and William Huber; and one sister, Doris Gardin.
Funeral services will be conducted at 10:30 a.m. on Wednesday, October 12th in the Elmwood Chapel of the Day & Carter Mortuary. Burial will follow in the Pleasant Run Cemetery. Visitation will be on Tuesday, October 11th from 4 p.m. till 8 p.m. at the Day & Carter Mortuary.
The family asks that memorial contributions may be made to either the Phi Beta Psi Sorority or the White River Humane Society.
Family and friends may express condolences at www.daycarter.com.