Morris Edward Rodgers – Bedford
August 12, 1941 – September 30, 2016
Morris Edward Rodgers, 75 of Bedford, died at 8:35 p.m. Friday, September 30, 2016, at I. U. Hospice House, Bloomington.
Born August 12, 1941, in Phil, KY, he was the son of Alfred and Gladys (Sprayberry) Rodgers. He married Janet Clubb on April 3, 1967, and she survives. Morris was a graduate of Bedford High School with the Class of 1960; He was a U.S. Army veteran and member of American Legion, Gillen Post #33, Bedford; he worked several years for GM Powertrain, Bedford and owned his own business, selling die cast supplies. He also worked for J&S Chemicals, retiring in 2005. He was of the Christian Faith. He loved to bird hunt and loved music, helping form the band The Continentals in the 1950’s and 1960’s; he liked to play golf and spend time with his grandchildren.
Surviving are his wife, Janet, Bedford; two daughters, Missy (Chuck) Rossenfross and LaShona Donica; four granddaughters, Tiffany Edwards, who took special care of her grandfather, Brittany (Justin) Graham, Emily (fiance’ Kyle Morlan) Holland, and Kaci (Leo) Stein; eight great grandchildren, Keaton, Kailee, Kye, Sailor, Braxton, Savannah, McKenzie, and Luca; one great-great granddaughter, Caroline; one daughter-in-law, Cheryl (Vernon) Edwards; two special people, Joshua Gould, who helped care for Morris, and Terry Ray, who was like an adopted son; sister-in-law, Wanda Rodgers; and several cousins.
He was preceded in death by his parents; two sons, Michael Allan Scott and Sam Scott; adopted son Ronnie Rodgers; daughter-in-law Cindy Scott; granddaughter Amber Bubalo; and two brothers, Charles and David Rodgers.
Graveside services will be held at 11 a.m. Wednesday, October 5, 2016, at White River Baptist Cemetery, Buddha, with Luke Mooneyham officiating. Friends may call 3 p.m. till 8 p.m. on Tuesday, October 4, 2016, at Ferguson-Lee Funeral Home. Military Rites will be accorded at the grave by members of American Legion Gillen Post #33, Bedford.
Online condolences may be sent to the family at www.fergusonlee.com.
Martha J. Bartlett – Bedford 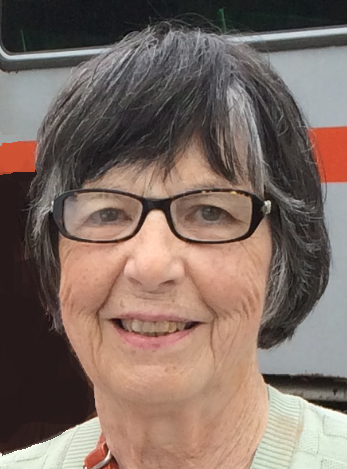 August 10, 1934 – September 29, 2016
Martha J. Bartlett, 82, of Bedford, died at 11:43 p.m. on Thursday, September 29, 2016 at Westview Nursing and Rehab.
Born August 10, 1934, in Lawrence Co., she was the daughter of Horace and Mildred (Cracraft) Meadows. She married Dwight W. Bartlett on September 7, 1956 and he preceded her in death on December 18, 2009. She was a homemaker. She had been a cook at Heltonville School and was a teacher’s aide at BNL. She was a merchandiser for American Greeting Cards, AAI Jewelry, and was a member of the Bartlettsville Christian Church.
Survivors include a daughter, Melissa Day and husband, Mark; two granddaughters, Whitney Fleetwood and her husband Jordan, and Bailey Day all of Heltonville; a sister, Lana Meadows, of Plantation, FL; a brother, Jack L. Meadows, of Bloomington; several nieces and nephews.
She was preceded in death by her parents, husband, a brother in infancy, and sister-in- law Becky Meadows.
Funeral services will be conducted at 11 am on Monday, October 3rd in the Elmwood Chapel of the Day & Carter Mortuary with Tim Day officiating. Burial will follow in the Bartlettsville Christian Cemetery. Visitation will be from Noon till 5 pm on Sunday, October 2nd at the Day & Carter Mortuary.
Family and friends may express condolences at www.daycarter.com