Herman E. Taylor – Bedford
December 21, 1927 – September 19, 2016
Herman E. Taylor, 88, of Bedford died at 11:55 p.m., Monday, September 19, 2016 at his residence.
Born December 21, 1927 in Lawrence County, he was the son of Ephraim “Eph” and Eva (Morrow) Taylor. He married Frona Ellen Pace on September 16, 1950 and she survives. He was a member of Life Tabernacle in Springville and retired after 43 years from Indiana Limestone as a Diamond Sawyer. He was a veteran serving in the U.S. Airforce and Army during the Korean War.
Survivors include his wife Frona of Bedford, one son, Leo Taylor and wife, Angie of Springville, three daughters, Brenda Enochs of Bedford, Nancy Kelley and husband, Brian of Avoca, Margaret Barnes and husband, Bob of Bloomington, seven grandchildren, Brian Enochs and wife, Jennifer, Lisa Merry and husband, Chris, Jodi Sproull and husband Tim, Jana Morales and husband, Joe, Brent Taylor and wife, Inga, Brandon Taylor and wife, Rosa and Jessyca Taylor, 13 great grandchildren, three brothers, Guy Taylor and wife, Lois of Bedford, Emery Taylor of Bedford, Gerald “Jake” and wife, Judy of Mitchell, three sisters, Adeline Fortner, Ocie Brown and Wanda Cunnington, all of Bedford. He was preceded in death by his parents, one son, Michael Herman Taylor, three sisters, Christine Strunk, Josephine Hughes and Angie May Taylor, three brothers, Norman Taylor, Glen Taylor and James Taylor.
Funeral services will be held at 11 a.m., Thursday, September 22, at Life Tabernacle Church with Pastor Doug Kelley officiating. Burial will follow in Dive Christian Cemetery with military rites accorded at the grave by the American Legion Gillen Post #33. Visitation will be from 4 p.m. till 8 p.m. on Wednesday, September 21, 2016 at Life Tabernacle Church.
Family and friends may express condolences at www.daycarter.com.
Dolly Jeanne Young – Bedford
August 6, 1923 – September 19, 2016
Dolly Jeanne Young, 93, of Bedford, died at 11:45 p.m. Monday, September 19, 2016, at Garden Villa Nursing and Rehabilitation, Bedford.
Born August 6, 1923, in Bedford, she was the daughter of Ed and Cora (Pace) Gould. She married George Young on January 17, 1942; he died February 7, 2009. Dolly was a graduate of Shawswick High School with the Class of 1942; she had worked as a medical assistant in Ft. Wayne, Indianapolis, and Bedford, last working for Dr. Sera, Bedford. She was a member of First Baptist Church, Bedford and along with her husband had been a Sam’s Club Camper.
Surviving are one daughter, Cindy Elliott, Brazil, IN; six grandchildren; fifteen great-grandchildren; and one great-great-grandchild.
She was preceded in death by her parents; her husband; three brothers, Bob and Bill Gould and one in infancy; and one great grandson, George Oscar Stout.
The Funeral Service will be held at 1 p.m. Friday, September 23, 2016, at First Baptist Church, Bedford, with Pastor Lee Brown officiating. Burial will be in Green Hill Cemetery. Friends may call on Thursday, from 4 p.m. till 8 p.m. at Ferguson-Lee Funeral Home, Bedford.
Online condolences may be sent to the family at www.fergusonlee.com.
Mollie Chane Dustin – Bedford
September 12, 2016 – September 17, 2016
Mollie Chane Dustin, died at 10:58 pm on Saturday, September 17, 2016 at Riley Children’s Hospital in Indianapolis.
Born September 12, 2016 at 3:15 pm in Bloomington, IN, she was the daughter of Josh and Stephanie (Gregory) Dustin.
Survivors include her parents, Josh and Stephanie of Springville, Paternal grandparents, Kathy and Dirus Dustin of Bedford, Maternal grandparents, Harold and Sue Gregory of Oolitic and Maternal great grandmother, Katherine Stigall and Paternal great grandmother Mary Collings of Springville. She was preceded in death by her, Maternal great grandfather, Ollie Stigall, Paternal great grandmother, Thelma Collings, Paternal great grandfather, Forrest Chane Collings, Maternal great grandparents, George and Dorothy Gregory, Paternal great grandparents, Lee and Irene Dustin.
Each new life, no matter how fragile or brief… Forever changes the world. Ms. Mollie changed the world of those who knew her. While her time here was brief, the impact she had on others will be forever lasting. Mollie was the perfection of hope, love, and joy her parents dreamed of, and she will always be Stephanie & Josh’s biggest miracle. Sweet Mollie spread a love across the country, while bringing together so many people in prayer as they watched the tiniest of miracles unfold before them. Jesus said, “Let the little children come to me, and do not hinder them, For the kingdom of heaven belongs to such as these.” While this time is most difficult for those who loved Mollie, we shall find comfort in knowing sweet Mollie is now in the kingdom of God and will live forever with his grace and love surrounding her. Let us not question why, but instead be thankful for “the best five days of our lives.”
Private services will be held with Pastor Bruce Roberts officiating. In lieu of flowers, the family asks that donations be made to help offset funeral/medical expenses at: gofund.me/2ptgapus. Arrangements are under the direction of Day & Carter Mortuary.
Family and friends may express condolences at www.daycarter.com.
Virginia Lee Bartlett – Bedford
November 27, 1928-September 17, 2016
Virginia Lee Bartlett, 87, of Bedford, entered Eternal Rest on Saturday, September 17, 2016.
Born November 27, 1928 in Lawrence County, she was the daughter of Matt and Nellie (Belotti) Tosti. She married Opal Bartlett on April 23, 1949. She was baptized at Bartlettsville Christian Church. She worked for RCA and was a homemaker.
Survivors include her husband, Opal of Bedford; one son, Michael Bartlett and his wife Kathy; two granddaughters: Cybil Bakker and her husband Derek, and Rachel Hart and her fiancé Jay Morris; five great grandchildren: Bridgette, Natalya, Gracie, Peyton, Amaya, and A.J.; one brother, Robert Tosti and his wife Glenna; three sister in laws and several nieces and nephews.
She was preceded in death by her parents, two brothers, Joe Tosti and Matt Tosti, and three sisters, Leota Canada, Louise Hale, and Ruby Fish.
Funeral services will be conducted at 2 p.m. on Wednesday, September 21st in the Elmwood Chapel of the Day & Carter Mortuary with Pastor Aaron Levering officiating. Burial will follow in the Green Hill Cemetery. Visitation will be from 4 p.m. until 8 p.m. on Tuesday, September 20th at the Day & Carter Mortuary.
Family and friends may express condolences at www.daycarter.com.
Brian Edward Payton – Bedford 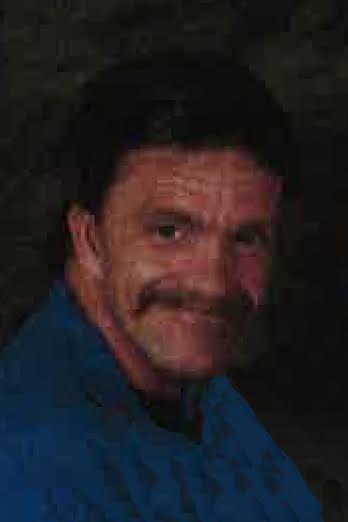 September 8,1962 – September 182016
Brian Edward Payton, 54, of Bedford, passed away Sunday, September 18, 2016, at his residence.
Born September 8, 1962, in Bedford, he was the son of Morris Edward and Ruth Marian (Ramsey) Payton.
Brian had been employed with Mayflower Transit and was a member of the Indiana National Guard.
Survivors include his children, Brian Edward Payton, Jr. of San Antonio, Texas, Amber Kiser of Williams, Joseph Payton of West Virginia, Joshua Payton of Tennessee, Justin Payton, Mitchell, Jordan Payton of Ohio, Alissa Payton of Ohio, Allison Payton of Tampa, Florida, Sean Payton of Alabama, Dustin Payton of Kentucky; 9 grandchildren; siblings, Alan Payton of Bedford, Rachelle Coleman of Bloomington, Scott Payton of Mitchell, Juno Payton of Florida, Michelle Johnson of Terre Haute
His parents preceded him in death.
Graveside service will be at 1:30 p.m. Thursday, September 22, at Mitchell Cemetery with Reverend David Ramsey officiating. Friends may call from 11 a.m.till 1:15 p.m. on Thursday at Chastain Funeral Home & Cremation Center.
Condolences may be sent to the family at www.chastainfuneralhome.com