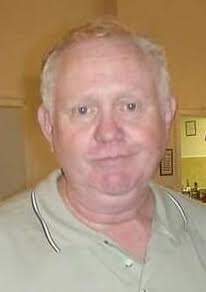 January 5, 1946 – August 17, 2016
James Roger Patton, 70, of Bedford, died at 1:40 p.m. on Wednesday, August 17, 2016 at I.U. Health Bloomington.
Born January 5, 1946 in Orange Co., he was the son of James N. Patton and Elzora (Piatt) Brown. He married Donna Smallwood on June 8, 1985 and she survives. He retired as a tool and die maker for General Motors after thirty years. He was a veteran of the Vietnam War serving with the Air Force. He was a member of Gillen Post #33 American Legion and of the Christian faith.
Survivors include his wife, Donna, of Bedford; his mother, Elzora Brown, of Brownstown; three daughters, Cindy M. Augspurg, of Medora, Julie Benton, of Norman, and Christina White, of Bedford; five grandchildren, Annette Slate, Austin Benton, Blake Benton, Brandon White, and Jasmine White; three sisters, Linda Greenwell and husband, Victor, of Spencer, Kay Phillips and husband, Joe, of Brownstown, and Teri Wheeler of Missouri; five brothers, Michael Patton and wife, Nancy, of Bloomington, Steve Patton and wife, Tami, of IL, Ken Patton and wife, Sherrie, of VA, Kevin Patton and wife, Mary, of Medora, Daniel Patton and wife, Lisa, of Lafayette, IN; a sister-in- law, Marilyn Patton, of Brownstown; several nieces and nephews.
He was preceded in death by his father and a brother, Phil Patton.
Funeral services will be conducted at 4 p.m. on Sunday, August 21 st in the Elmwood Chapel of the Day & Carter Mortuary with Michael Lee Patton officiating. Visitation will be from 2 p.m. until the hour of service on Sunday, August 21 st at the Day & Carter Mortuary.
The family asks that friends consider memorial contributions be made to Gillen Post #33 American Legion or the Boys & Girls Club of Bedford.
Family and friends may express condolences at www.daycater.com