Nancy S. Craig – Bedford
Nancy S. Craig, 83, of Bedford, died at 1:45 p.m. on Saturday, August 13, 2016 at Stonebridge Health Campus in Bedford.
Born April 5, 1933, in Elkhart, she was the daughter of Volney and Martha (Nield) Branson. She married Melvin Craig on September 7, 1957 and he survives. Nancy was a graduate of Bedford High School with the class of 1951. She was a member of the First Baptist Church in Bedford for over fifty years; where she was a Sunday School Secretary, teacher and a Deaconess. She was also a member of the Quarry Quilters.
Survivors include her husband, Melvin; two daughters, Lisa Gillespie and husband Dennis of Bedford, Kathy Webb of Bedford; four grandchildren, Jason Webb, Kayla Webb-Lewis and husband Tyler, Kevin Gillespie and Sam Gillespie; and one great grandchild, Reed Wayne Thomas Lewis.
She was preceded in death by her parents; one brother, Richard Branson; and a son-in-law, Tommy Webb.
Funeral services will be conducted at 10 a.m. on Wednesday, August 17, 2016 at the First Baptist Church in Bedford with Rev. Lee Brown officiating. Burial will follow in the Cresthaven Memory Gardens. Visitation will be from 4 p.m. to 8 p.m. on Tuesday, August 16th at the Day & Carter Mortuary and from 9 a.m. until the hour of service on Wednesday at the First Baptist Church.
The family ask that memorial contributions be made to the Lawrence County Cancer Patient Services.
Family and friends may express condolences at www.daycarter.com.
William (Bill) Lee Ingle – Bedford 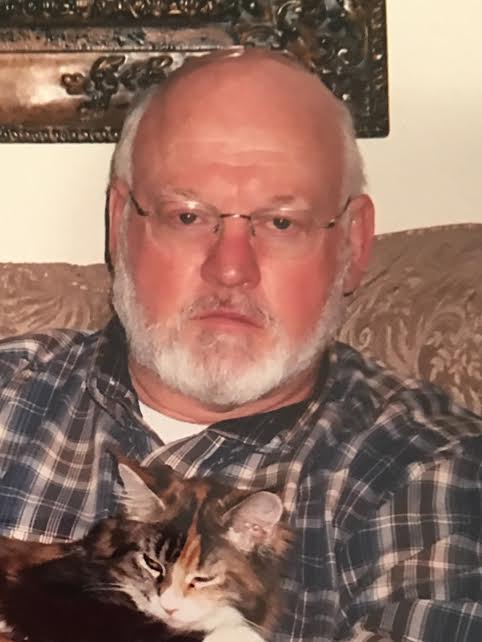 February 20, 1941- August 11, 2016
William (Bill) Lee Ingle passed away peacefully at his home, August 11, 2016.
He was born to Clifford C. Ingle and Virginia M. (Taylor) Ingle on February 20, 1941 in Bedford, Indiana. He grew up attending Bedford Free Methodist Church and graduated from Bedford High School. He worked many jobs while earning his way through Indiana State University where he met his wife, Carole. Bill earned a Bachelor’s  in Education and Masters Specialty in Industrial Technology. He was a member of Lambda Chi Alpha fraternity. His first teaching position in Milwaukee, Wisconsin made him a life-long packers fan.
Bill taught school for 30 years, 6 of those at Needmore in Bedford. He retired from MCCSC where he spent the majority of his career at Bloomington North High School, then Bachelor Middle School. When Reduced in Force in the mid-80s Bill worked in insurance and the construction trades. He was happy to be recalled to teaching in 1997.
Bill loved teaching and was proud to be a career long member of the Indiana State Teachers Association, always advocating for teachers in the classroom. He enjoyed frequently running into students who told him about work they were now doing because they found their niche in his industrial arts classes. He never forgot a face or a name and he never met a stranger.
The family garage was his woodshop where for many years he built furniture for his home, created gifts for family and friends or created one of a kind dorm room bookcases and cabinets that will be long cherished by his family. He also enjoyed hunting and the outdoors.
While Bill and his wife Carole have no grandchildren, they “adopted” Ethan Barnes, who they babysat from infancy to kindergarten. There is nothing that made “Papa Bill” happier than seeing Ethan walk through the front door.
He was preceded in death by his parents and by his brother Carl Eugene (Gene) Ingle of San Diego, CA.
He is survived by his wife of 50 years, Carole J. (Nelson) Ingle; daughter Cathleen Weber (John) of Bloomington, IN; son, William (Andy) Ingle of Bedford; sister Elaine (Ingle) Roberts (Joseph) of Nicholasville, KY; nieces Lisa Lopez of Lexington, KY and Carla Ingle-Lelli of San Diego, CA and nephews Kevin Roberts of Las Vegas, NV and Tim Ingle of Monticello, MN and several cousins.
The family would like to thank Case Manger Shayna Pena and Hoosier Uplands as well as IU Health Hospice. Memorial contributions can be made to Hoosier Uplands Special Aging Fund at 500 W Main, Mitchell, IN 47446 or to the Bloomington Hospital Foundation (Hospice) at P.O. Box 1149, Bloomington, IN 47402.
Friends may call Monday from 4 p.m. till 8 p.m. at Ferguson-Lee Funeral Home. Services will be held at 11 a.m. on Tuesday at the same location. Burial will follow at Crest Haven Memory Gardens.