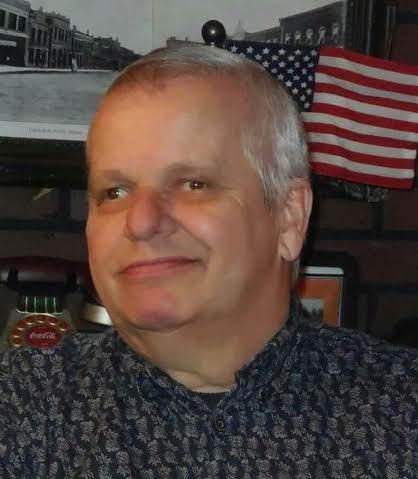 May 19, 1948 – August 2, 2016
Ronnie Gene “Blackie” Blackburn, 68, of Heltonville, died at 1:48 am on Tuesday, August 2, 2016 at I.U. Health Bloomington Hospital.
Born May 19, 1948, in Oolitic, he was the son of Gordon and Alice (Thompson) Blackburn. He married Margaret Windhorst on July 1, 1978 and she survives. He was a graduate of Oolitic High School with the class of 1968. After graduation, Ronnie and six close friends joined the Marine Corps, attended boot camp together, and served their country. Ronnie served honorably in Vietnam and was awarded several medals and ribbons for his six years of service from 1968 to 1974. He worked for Imco Recycling for thirty-one years and retired as a material handler at Aisin in Seymour. He was a past commander of the Oolitic V.F.W. and a member of the D.A.V. He was of the Christian faith and a former member of the Central Christian Church in Seymour.
Survivors include his wife, Margaret, of Heltonville; a daughter, Veronica Flynn and husband, Daniel, of Bedford; four sons, James Blackburn of New Mexico, William Blackburn and wife, Michelle, of Illinois, Daniel Blackburn and wife, Stephanie, of Silverville, Ronnie Blackburn, II and wife, Adrienne, of Norman; four grandsons; four granddaughters and one great grandson; a brother, Larry Blackburn; five sisters, Sue Goins, Marilyn Peters, Stella Trowbridge, Brenda Gross and Betty Blackburn; several nieces and nephews.
He was preceded in death by his parents and a grandson, Marshall Flynn.
Pallbearers will be Bill Blackwell, Terry Graves, Dennis Lackey, Mike Strunk, Ronnie Blackburn II, and Morris Windhorst II.
Funeral services will be conducted at 11 a.m. on Saturday, August 6th in the Elmwood Chapel of the Day & Carter Mortuary. Burial will follow in Green Hill Cemetery with military rites accorded. Visitation will be from 2 p.m. to 8 p.m. on Friday, August 5 th at the Day & Carter Mortuary.
Family and friends may express condolences at www.daycarter.com.
Wanda Jean Desender – Bedford
March 23, 1944 – August 2, 2016
Wanda Jean Desender, 72, of Bedford, died at 8:53 a.m. Tuesday, August 2, 2016, at I.U. Health Hospital, Bloomington, IN.
Born March 23, 1944, in Bedford, she was the daughter of Ross Edward and Anna Louise (Chastain) Terrell.
She married Gerald Desender on April 13, 1974; he died in August, 2000.
Wanda was a homemaker.
Surviving are two daughters, Elizabeth (Donald ) Johnson, Altoona, IA and Julie (Pineira) Scott, Bloomington; two sons, John (Lynn) Desender, Seymour, IN and Jack Pineira (DeAnn) Bedford; fourteen grandchildren and two great grandchildren.
She was preceded in death by her parents and her husband Gerald.
Funeral service will be at 10 a.m. Friday, August 5, 2016, at Ferguson-Lee Funeral Home, Bedford, with Bro. Darin Bowlen officiating. Burial will be in Cresthaven Memory Gardens, Bedford. Friends may call from 4 p.m. till 8 p.m. Thursday, at the funeral home.
Online condolences may be sent to the family at www.fergsonlee.com.