Ivan Ducker – Oolitic
April 15, 1925 – July 15, 2016
Ivan Ducker, 91, a life-long resident of Oolitic, died at 6:10 am on Friday, July 15, 2016 at Meadowood in Bloomington.
Born April 15, 1925 in Lawrence Co., he was the son of Joseph Earl and Roma Marie (Richardson) Ducker. He was the loving husband of the late JoAnne Hatfield whom he married in 1946. She preceded him in death on November 2, 2014. He was a tool and die maker at General Motors. He was a veteran of WW II serving with the U.S. Navy with a knack for telling a great story. He was a member of the First Baptist Church in Bedford and a loving and caring husband, father and grandfather.
Survivors include two sons, Mark Ducker and wife, Mary, of Ypsilanti, MI and Kerry Ducker and wife, Debbie, of Bloomington; four grandchildren, Ben, Zak and wife, Courtney, Scott, and Kara; a great grandchild, Evie.
He was preceded in death by his parents and wife.
Funeral services will be conducted at 1 pm on Tuesday, July 19th in the Elmwood Chapel of the Day & Carter Mortuary with Lee Brown Burris officiating. Entombment will follow in Cresthaven Memory Gardens where military rites will be accorded by members of Gillen Post #33 American Legion. Visitation will be from 4 pm to 8 pm on Monday July 18th and from noon until the hour of service on Tuesday, July 19th at the Day & Carter Mortuary.
Family and friends may express condolences at www.daycarter.com.
Treasa L. Stalcup – Bedford 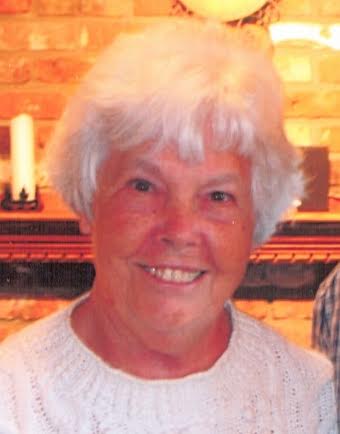 April 26, 1933 – July 15, 2016
Treasa L. Stalcup, 83, of Bedford, died at 5:12 am on Friday, July 15, 2016 at Johnson Christian Village.
Born April 26, 1933, in Lawrence Co., she was the daughter of Perry and Evelene (Miller) Baker. She married Wilmer “Willie” Stalcup on May 10, 1959 and he preceded her in death on January 18, 2014. She was a clerk-typist at NWSC Crane and a member of the Spice Valley Church of Christ.
Survivors include a son, Gregory “Greg” Stalcup, of Ft. Wayne, IN; a daughter, Michelle Ikerd, of Bedford; three grandchildren, Joel Stalcup, of Memphis, TN, Samara Perkins and husband, Blake, of Bedford, IN and Brianne Ikerd, of Bedford; a great granddaughter, Addison Perkins; three sisters, Marilyn Goff, Iva Baker and Lula Belle Owens, all of Williams; a brother, Scotty Baker and wife, Joyce, of Williams; several nieces and nephews.
She was preceded in death by her parents, a brother, Perry Baker, Jr. and a sister, Susie Weathers.
Funeral services will be conducted at 10 am on Wednesday, July 20 th in the Elmwood Chapel of the Day & Carter Mortuary with Berry Day and Clark Brady officiating. A committal service will be at 1 pm on Wednesday at Grandview Cemetery in Bloomfield. Visitation will be from 4 pm to 8 pm on Tuesday, July 19th at the Day & Carter Mortuary.
Family and friends may express condolences at www.daycarter.com.