James Franklin McIntyre – Bedford
May 4, 1926 – July 4, 2016
James Franklin McIntyre, 90, of Bedford, passed away on Monday, July 4, 2016 at Stonecroft Health Campus, Bloomington.
Born May 4, 1926 in Leesville, Indiana, he was the son of Arvil and Opal (Jean) McIntyre. He married Wilma Iven on December 24, 1950; she preceded him in death on July 26, 1982.
James was the co-owner of McIntyre Brothers since 1955 with his brother Dean. He was a graduate of Tunnelton High School. He was stationed at Vance Air Force Base in Oklahoma. He was a member of the American Legion Gillen Post 33 and BPOE The Elks #265. James attended Mt. Carmel Church.
Surviving are three sons, Gary (Regina) McIntyre, Terry (Cathy) McIntyre, and Dale (Pam) McIntyre; one daughter, Linda (Rick) Rogers; four grandchildren, Jamie Myers, Jeff McIntyre, Dr. Brandy Deckard, and Jordyn McIntyre; seven great-grandchildren; and one sister, Mary Horner, of Indianapolis.
He was preceded in death by his parents; wife, Wilma; one brother, Dean McIntyre; and one sister, Wilma Wallace.
Funeral service will be at 10 a.m. on Saturday, July 9, 2016 at Ferguson-Lee Funeral Home, with Pastor David Wigington officiating. Entombment will be at Cresthaven Memory Gardens. Friends may call on Friday, from 4 p.m. till 8 p.m. at the funeral home.
In lieu of flowers, memorial contributions may be made to the American Cancer Society.
Online condolences may be sent to the family at www.fergusonlee.com.
M. Catherine Payton – Bedford
M. Catherine Payton, 91, of Bedford, died Sunday, July 3, 2016, at her residence.
Born April 15, 1925, in Bedford, she was the daughter of Lawrence and Hattie (Pate) Speer. She married William L. Payton on October 13, 1945; he died February 26, 1992. She was a graduate of Shawswick High School; a homemaker; and had attended both Leatherwood Christian Church and Pinhook Church of Christ.
Surviving are her granddaughter, Sara (Brandon) Harrell, Bedford; two sisters, Bonnie Edwards, Bedford and Carolyn Staggs, Mitchell; and several nieces, nephews, cousins and in-laws.
She was preceded in death by her parents; her husband; one son, William C. Payton, in 2013; one daughter, Dianne, in infancy; four brothers, Harold, Robert, Lewis and Melvin Speer; and three sisters, Marie Kindred, Betty Canada and Helen Boling.
Catherine asked that there be no services. Private family burial will occur in Pinhook Cemetery.
Services under the direction of Ferguson-Lee Funeral Home, Bedford.
Online condolences may be sent to the family at www.fergusonlee.com.
Patricia Marie Johnson – Mitchell 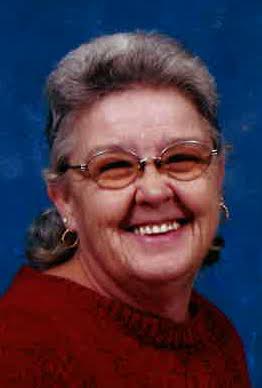