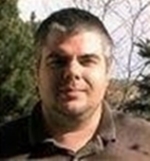 September 26, 1971 – June 25, 2016
Colorado Springs, CO – Neale Robert Davidson, 44, of Colorado Springs, CO, died Saturday, June 25, 2016 in Colorado Springs.
Born September 26, 1971, in Indianapolis, IN, he was the son of Thomas Davidson. Neale was a graduate of Westfield High School in Indiana and attended Purdue University where he met his dedicated wife, Shayna (Bailey). Neale and Shayna’s computer based work sent them to Indianapolis, Baltimore/Washington, DC, back to Indianapolis, and finally to Colorado Springs, approximately sixteen years ago, where he suddenly passed. Neale was a believer in the Father, the Son, and the Holy Ghost. There is much that can be said about Neale; more than anything, he loved his wife and his three children above all else. He will be missed.
Survivors include his wife, Shayna, of Colorado Springs, CO; three daughters, Jennifer, Mina and Rachel Davidson, all of Colorado Springs, CO; his father, Thomas Davidson, of Lebanon, IN; a sister, Julia Stump, of Westfield, IN; an uncle, Andy Davidson, of Florida; his mother-in-law, Donna Miller, of Paoli and a sister-in-law, Crystal Chaplin, of Paoli.
Memorial services will be conducted at 3:00 pm on Saturday, July 2nd in the Elmwood Chapel of the Day & Carter Mortuary with Pastor Mitch Whidden officiating. Burial will follow in Meadows Cemetery. Visitation will be from 1:00 pm until the hour of service on Saturday, July 2nd at the Day & Carter Mortuary. The family asks that friends consider memorial contributions be made to the Davidson family. Family and friends may express condolences at www.daycarter.com.
Betty R. Todd 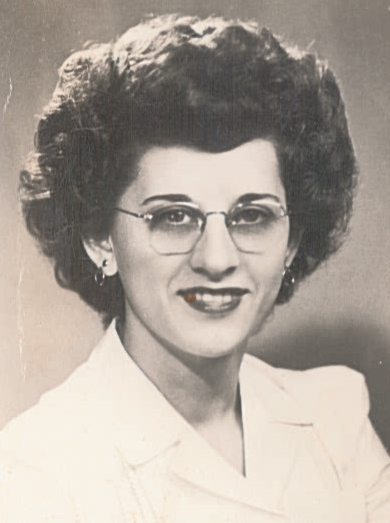 December 22, 1928 – June 28, 2016
Heltonville – Betty R. Todd, 87, of Heltonville, died on Tuesday, June 28, 2016 at the Seymour Crossing nursing facility in Seymour after an extended illness.
Born December 22, 1928 in Smithville, Monroe Co., she was the daughter of Noah Everett and Dertha Ann (Todd) Blackwell. She married Cletis Opal Todd on October 25, 1947 and he preceded her in death on November 21, 1990.
Betty was a 1947 graduate of Heltonville High School and afterwards the Central Beauty College of Indianapolis. She was a member of the Heltonville Baptist Church and the Seymour chapter of the Order of the Eastern Star. She retired from Dana Corp. in Mitchell in 2002.
Betty served in many roles during her life: as a beautician, homemaker, farm hand, PTO mom, caregiver, Sunday school and Bible school teacher. She enjoyed cooking, baking and gardening, and was well known for a full freezer and her speciality, pies.
As her children grew up the house and yard were often filled with their friends and cousins. All left well fed and often with a haircut. Years later both Betty and Opal took great pleasure on those occassions when all the grandchildren would come to the farm for the weekend. Aunt Jodee and the grandchildren still speak fondly of those weekend gatherings and their many adventures at family events.
Survivors include sons Dan Todd and wife Mary of Heltonville, Jim Todd and wife Doris of Bedford; daughters Janet Mowry and husband David of Seymour, and Jodee Todd and partner Jeff Jones of Salem; brother Darrell Blackwell and wife Gleathal of Bedford; sisters-in-law Roberta (Wayne) Blackwell of Judah, Velma (Mack) Todd of Memphis, TN, and Shirly Todd-Bouher of Bloomington; eight grandchildren and seven great-grandchildren.
Betty was preceeded in death by her parents, husband Opal and daughter Norma Doanne (Jim) Turner; brothers Marion (Mary) Blackwell, Ray (Essie) Blackwell, Wayne (Roberta) Blackwell, and twins David and William at birth; sisters Marie (Everett) Fish, Cleta (Berlin) Murphy, Lena (Everett) Murphy, Reatha (John) Sieverling and Wilma (John) Allen.
Visitation will be from 4:00 pm to 8:00 pm on Friday, July 1st at the Day & Carter Mortuary with an Eastern Star memorial service conducted at 7:00 pm. Funeral services will be conducted with visitation from 9:00 am with the service commencing at 11:00 am on Saturday, July 2nd at the Day & Carter Mortuary with the Rev. Chris Meadows officiating. Burial will follow in the Gilgal Cemetery in Heltonville.
After the burial a gathering and meal for family and friends will take place at the Heltonville Baptist Church Annex, covered dishes are welcomed. Memorial contributions may be made to the Heltonville Baptist Church or Gilgal Cemetery. Family and friends may also express condolences at www.daycarter.com.
Camille J. Godsey Underwood
71, of Bedford, died at 7:39 p.m. Monday, June 27, 2016 at I. U. Methdodist Hospital, Indianapolis.
Born November 21, 1944, in Bedford, IN she was the daughter of Doyle B. and Frances M. (Grecco) Godsey.
She married Dale E. “Bud” Underwood on October 4, 1963; and, he survives.
She was a member of St. Vincent de Paul Catholic Church, Bedford; and, had worked in the curriculum office of North Lawrence Community Schools, as a secretary, retiring in 1997.
Surviving are her husband, Dale E. “Bud” Underwood, Bedford; one daughter, Emily (Brent) Nikirk, Bedford; one son, Steve (Teresa) Underwood, Bedford; seven grandchildren, Erin Taylor, Ellen Underwood, John Underwood, Michael Underwood, James Underwood, Danielle Wray and Chelsea Sanders; five great grandchildren; one brother, Dr. Phillip (Ann) Godsey, Ft. Wayne; several nieces and nephews; and her lifelong friend, Sari (Richard) Wood, Bedford.
She was preceded in death by her parents.
A memorial service will be announced at a later date.
Services are under the direction of Ferguson-Lee Funeral Home, Bedford.
Online condolences may be sent to the family at www.fergusonlee.com.
William Danny Strunk 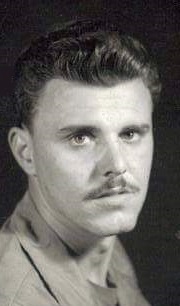 December 21, 1946 – June 27, 2016
Montgomery – William Danny Strunk, 69, of Montgomery, formerly of Bedford, died at 3:54 pm on Monday, June 27, 2016 at Methodist Hospital in Indianapolis.
Born December 21, 1946, in Lawrence Co., he was the son of William Oscar and Josephine (Ratkovich) Strunk. He married Carol Coursey on August 17, 1979 and she survives. He retired as a truck driver for the Peabody Coal Mine and was the owner of Strunk Racing. He was a member of the Church on the Way in Washington and a veteran of the Vietnam War where he received the purple heart.
Survivors include his wife, Carol, of Montgomery; children, Kimberly King and husband, Trent, of Mitchell, Eric Allen and wife, Annette, of Montgomery, Jacqueline Shaw and husband, Gordon, of Lexington, SC; four grandchildren, Zachary King, Logan Allen, Haley Allen, and Rodney Root; four step grandchildren, Zachary Byler, Jeffrey Byler, Nataly Byler, and Nathanyel Byler; two great grandchildren, Winni and Carolina Root; a brother, Randy Strunk and wife, Cindy, of Bedford; a sister, Diane Fickel of Winslow, IN; a very special loving mother-in-law, Pauline Coursey of Springville andStacey Allen, whom he loved like a daughter. He was preceded in death by his parents, two brothers, and a granddaughter, Nikki King.
Funeral services will be conducted at 11:00 am on Friday, July 1st in the Elmwood Chapel of the Day & Carter Mortuary with Pastor Jeff Jones and Pastor Steve Dayton officiating. Burial will follow in Patton Hill Cemetery. Visitation will be from 2:00 pm to 8:00 pm on Thursday, June 30th at the Day & Carter Mortuary. The family asks that friends consider memorial contributions be made to the Wounded Warriors Project.
Family and friends may express condolences at www.daycarter.com.