Maudlean McNeal – Bedford
March 30, 1929 – June 17, 2016
Maudlean McNeal, 87, of Bedford, died at 7:45 pm on Friday, June 17, 2016 at I.U. Bloomington Hospice House.
Born March 30, 1929 in Monroe County, she was the daughter of Rome and Alice (Deckard) Southern. She first married Morris Covey, and later married Lloyd McNeal. She first worked at Sarkes-Tarzan and then retired as a dietician from Westview Manor. She was of the Christian faith.
Survivors include a daughter, Lana Smith and her husband Dave of Bedford; one grandson, Kenny Fish and Cathy Porter; one great granddaughter, Kylie Fish; one step granddaughter, Jessica Rakosky; one sister -in- law, Leota Southern; and several nieces and nephews. She was preceded in death by her parents, both husbands; one brother, Eugene Southern; three sisters, Marie Freeman, Ruth Eads, and her twin sister, Audlean Miller Prater.
Funeral services will be conducted at 2 p.m. on Monday, June 20, 2016 in the Elmwood Chapel of the Day & Carter Mortuary with John Lee officiating. Burial will follow in the Cresthaven Memory Gardens. Visitation will be from 11a.m. until the hour of service on Monday, June 20th at the Day & Carter Mortuary.
The family asks that in lieu of flowers, memorials may be made to the Boys and Girls Club of Bedford.
Family and friends may express condolences at www.daycarter.com.
Connie Jo Fox – Mitchell 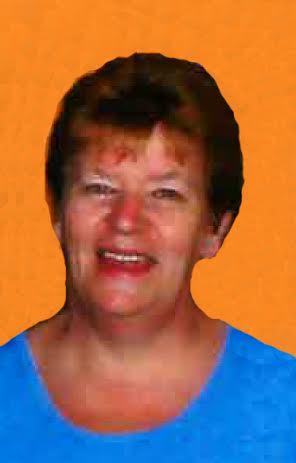