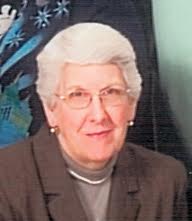 November 18, 1934 – June 15, 2016
Dana Ruth Craig, 81, of Bedford, died at 5:06 p.m. on Wednesday, June 15, 2016 at Stonebridge Health Campus.
Born November 18, 1934 in Lawrence Co., she was the daughter of Oval G. and Bertha Pearl (Hall) Craig. She retired from the Mitchell Community School System where she was a fourth grade teacher at Burris Elementary School. She was a member of the Mt. Pleasant Regular Baptist Church and Altrusa. She enjoyed traveling and playing the piano.
Survivors include two nephews, Patrick Craig and wife, Darla, of Cumberland, OH, and Kevin D. Craig and wife, Polly, of Bedford; five great nieces and nephews, Travis Craig, Melinda Smith and husband, Michael, Trevor Craig and wife, Melinda, Patrick Craig and wife, Mandy and Kara Jo Hohimer and husband, Eric. She was preceded in death by her parents, a brother, Emil Craig; a nephew, Jerry Craig; a great nephew, Matthew Craig and a great niece, Megan Neal.
Funeral services will be conducted at 2 p.m. on Saturday, June 18th in the Elmwood Chapel of the Day & Carter Mortuary with Bro. Perry East officiating. Burial will follow in Mt. Pleasant Baptist Cemetery. Visitation will be from 11 a.m. until the hour of service on Saturday, June 18th at the Day & Carter Mortuary.
Pallbearers are Kevin Craig, Eric Hohimer, Polly Craig, Jim Armstrong, Patrick D. Craig, and Trevor Craig. Honorary pallbearer is Patrick L. Craig.
Family and friends may express condolences at wwwdaycarter.com.
Wilma Mae Jansing – Bedford
May 17, 1935 – June 15, 2016
Wilma Mae (Bulach) Jansing, 81, of Bedford, passed away on Wednesday, June 15, 2016 at Monroe Place, Bloomington.
Born May 17, 1935, in St. Leon, Indiana, she was the daughter of Joseph and Mary (Kappes) Bulach. She married Richard Jansing on August 30, 1958 in St. Leon, IN; he preceded her in death on February 17, 2007. She was a member of St. Vincent de Paul Catholic Church. She was a graduate of Gilford High School, Class of 1953. She worked at GrayBar Electric in Cincinnati. Wilma was a homemaker, where she worked on the farm with her husband. She was a member of Farm Bureau, where she was the secretary for many years. Wilma enjoyed gardening and canning; she also loved her cats.
Surviving are two daughters, Kathie Rhorer and companion Buddy Scherschel, of Bedford, and Karen Hattabaugh and companion Michael Price, of Bedford; two grandchildren, Kasey Barrett Jackson, and husband Andrew, of Wahiawa, HI, and Richard Branden Hattabaugh, and companion Amber Armstrong, of Seymour; three great-grandchildren, Alexander, Jovi, and Olivia; and five sisters, Ruth Gaynor, Margie Kunkel, Joan Hoffmeier, Betty Ripperger, and Ellen Bulach.
She was preceded in death by her parents; husband, Richard; and one brother, Clifford Bulach.
Mass of Christian Burial will be on Monday, June 20, 2016 at 10:30 a.m. at St. Vincent de Paul Catholic Church with Father Rick Eldred and Deacon Dave Reising officiating. Burial will be in Cresthaven Memory Gardens. Friends may call on Sunday, 2 p.m. till 6 p.m. and Monday 8 a.m. till 10 a.m. at the funeral home. A Rosary will be said at 5:30 p.m. Sunday.
Memorial contributions may be made to the Alzheimer’s Association.
Online condolences may be sent to the family at www.fergusonlee.com.
Margie L. Lynch – Williams 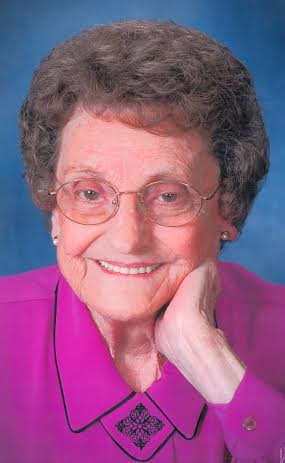 May 14, 1929 – June 15, 2016
Margie L. Lynch, 87, of Williams, died at 6 p.m. on Wednesday, June 15, 2016 at her residence.
Born May 14, 1929 in Martin Co., she was the daughter of Henderson and Mary (Blackwell) Qualkenbush. She married Harry Lynch, Jr. on January 12, 1946 and he preceded her in death. She was a dietary aide at Dunn Memorial Hospital. She was a member of the St. Vincent de Paul Catholic Church, the Williams Homemaker’s Club and Lucky 8 Bunco Club. Her hobbies were sewing and baking.
Survivors include two sons, Anthony Lynch and wife, Janet, of Williams and Timothy Lynch of Bloomington; a daughter, Jenny Endris and husband, Paul, of Bedford; five granddaughters, Kim Rainey and husband, Wes, Lori Faubion and husband, Jay, all of Heltonville, Rhonda Voorhies and husband, Kevin, of Williams, Christy Stoll and husband, Brian, of Loogootee, and Andrea Halstead of Bedford; two grandsons, Cam Lynch and wife, Shechonia, of Seymour and Shane Corps of Bedford; eighteen great grandchildren and three great great grandchildren.
She was preceded in death by her parents, her husband, two sons, Phillip and Gary Lynch, two sisters, Theresa Cox and Betty Able, three brothers, Fred, Johnny and Donald Qualkenbush.
Funeral services will be conducted at 10 a.m. on Saturday, June 18th at the St. Vincent de Paul Catholic Church with Father Rick Eldred and Deacon Dave Reising officiating. Burial will follow in the Williams Church of Christ Cemetery. Visitation will be from 4 p.m. to 8 p.m. on Friday, June 17th at the Day & Carter Mortuary where a rosary service will be conducted at 7:30 p.m.
Family and friends may express condolences at www.daycarter.com.
Dana Craig – Bedford
Dana Craig, 81, of Bedford, died Wednesday, June 15th at Stonebridge Health Campus.
Arrangements are pending at the Day & Carter Mortuary.
Heinz Manske – Mitchell
December 4, 1927 – June 10, 2016
Heinz Manske, 88, of Mitchell, passed away Friday, June 10, 2016.
Born December 4, 1927, in Herten, Germany, he was the son Oskar and Elsa (Baer) Manske. He married Katchen B. Kraft May 27, 1998. Heinz was a tool and die maker and retired from Baxter Healthcare and Pharmaceutical. He was a member of the Mitchell Presbyterian Church and past master of Mitchell Masonic Lodge No. 228 F&AM. He was also a gunsmith.
Survivors include his wife, Katchen Manske of Mitchell; children, Doris (Robert) Clark of Indianapolis, Christine (Richard) Scales of Indianapolis, William Manske, Joseph Manske, and Andrew (Lenore) Manske.
His parents preceded him in death.
A gathering will be from 2 p.m. till 4 p.m. Saturday, June 18, at the Mitchell Masonic Lodge. Mitchell Masonic Lodge No. 228 F&AM will conduct a memorial service at 4 p.m.
Condolences may be sent to the family at www.chastainfuneralhome.com
James E. Schroeder – Noblesville
James “Jim” E Schroeder, 62, of Noblesville, passed away on June 15 at home.
He was born on August 14, 1954 in Joliet, Illinois and is the son of Fred Schroeder (deceased) and Nancy (Paledino) Schroeder. Jim was preceded in death by a sister.
In 1960 the family moved to Bedford, Indiana where Jim graduated from Bedford High School in 1972. He earned his Bachelor of Architecture from Ball State University in 1979.
Jim worked in the Indianapolis area at James Associates, Merrill Jones and Associates, and BSA Lifestructures. His experience was in the healthcare field, providing a rewarding career.
Jim was a huge tennis fan and volunteered at the RCA Tournament when it was held in Indianapolis, and the Miami Open Professional Tennis Tournament for the past 15 years. He was a volunteer at the 500 Festival Parade for several years. Jim loved country music and attended many country music concerts in Nashville and locally. He was a college basketball enthusiast and was a season ticket holder for the Indianapolis Colts for many years. Jim was a Master Gardener and took delight in his numerous perennials and extensive landscaping. Jim attended Grace Church in Noblesville.
Survivors include his Mother and several aunts, uncles and cousins. Jim appreciated all the help and support given to him by his cousin Sally Burton and her husband Jack, and cousin Cathy Horner and her husband John.
Visitation will be held on Friday, June 17, from 4 p.m. till 8 p.m. at Ferguson-Lee Funeral Home, 818 18th Street, Bedford, IN 47421. Services will be held on Saturday, June 18, at 10:30 a.m. at Ferguson-Lee Funeral Home.
Jim was very grateful for the kindness he was shown and the excellent care he was given at IU North Infusion Center, IU North Hospital and especially IU Simon Cancer Center.
Memorial contributions may be made to: IU Simon Cancer Center, 535 Barnhill Dr., c/o Research Center, Indianapolis, IN 46202, or IU Health Hospice, c/o Methodist Health Foundation, 1800 N. Capital Ave., 6th Floor, Indianapolis, IN 46202.