Jarrod Lee Keith Randolph – Mitchell
December 11, 1988 – June 11, 2016
Jarrod Lee Keith Randolph, 27, of Mitchell died at 1:15 a.m. on Saturday, June 11, 2016.
Born December 11, 1988 in Lawrence County he was the son of Brian and Dianna Randolph. He married Laken Eastridge on September 12, 2013. Jarrod was a graduate of Mitchell High School with the class of 2007. He worked as a gas specialist for Vectren and had previously worked for Miller Pipeline. He was a member of the IBEW Union, and a board member and coach for Mitchell Community Youth League.
Survivors include his wife, Laken of Mitchell, two daughters: Piper and Caroline; one son, Rhett Johnathon all at home; his parents, Brian and Dianna Randolph; one brother, Jordan Randolph; maternal grandparents: Bill and Ellen Mitchell, and Gerry Tincher; mother-in- law, Angela Reed; father-in- law, Troy Eastridge and Vonda Norman; Aunts and Uncles: Cheryl Tincher, Denise and Ralph Ritchison, Dennis and Anita Davis, Charlie and Tina Randolph, Wayne Randolph, Ernie and Crystal Randolph, Shelia Randolph, Debbie and Gene Henson, and several cousins.
He was preceded in death by his paternal grandmother, Stella Imogene Randolph, great grandparents: Curt and Iva Tincher, and Russell and Pearl Perry, one aunt, Rita Randolph
Funeral services will be conducted at 11 a.m.on Wednesday, June 15th in the Elmwood Chapel of the Day & Carter Mortuary with Pastor Brian Bolton officiating. Burial will follow in the Port Williams Cemetery. Visitation will be from 2 p.m. until 8 p.m. on Tuesday, June 14th at the Day & Carter Mortuary and from 10 a.m. until the service hour Wednesday.
Memorial contributions may be made to the Jarrod Randolph Fund at Bedford Federal Savings Bank.
Family and friends may express condolences at www.daycarter.com.
Stephen W. Turner – Bedford 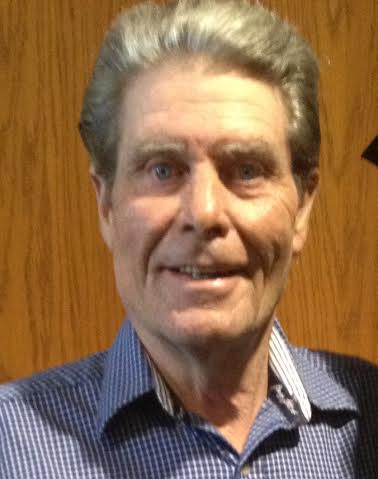 November 9, 1947-June 10, 2016
Stephen W. Turner, 68, of Bedford, passed away on Friday, June 10, 2016 at his residence.
Born November 9, 1947 in Bedford, he was the son of Fred and Alma (Holmes) Turner. He married Martha M. O’Brien in 1989; and she survives. He was a graduate of Needmore High School, Class of 1965. Stephen attended Indiana State University. He retired from Pep-Boys, Bloomington.
Surviving are his wife, Martha Turner, of Bedford; one daughter, Roz Turner, of Greensburg; mother, Alma Jones, of Bedford; two grandchildren, Rex and Addie Ward; sister, Jill VanTine, of Orleans; and several nieces, nephews, and cousins.
He was preceded in death by his father; one son, Ryan Ward; and brother, Tim Turner.
A Memorial Service will be held on Wednesday, June 15, 2016, at 2 p.m. at Ferguson-Lee Funeral Home. Friends may call on Wednesday, 12:30-2 p.m. at the funeral home.
Online condolences may be sent to the family at www.fergusonlee.com.