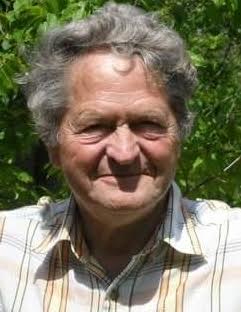 September 14, 1937 – May 16, 2016
Harrison Dean Collins, 78, of Bedford, died at 9:14 p.m. on Monday, May 16, 2016 at his residence.
Born September 14, 1937, in Lawrence Co., he was the son of Yancy Collins and Frances (McLaughlin) Collins Fox. He married Joyce Davis on February 8, 1958 and she survives. He had worked for Extruded Alloys until disabled and was of the Christian faith.
Survivors include his wife, Joyce, of Bedford; three sons, Harrison Dean Collins, Jr. and wife, Diana, of Springville, Timothy Merle Collins and Scott Wayne Collins, both of Bedford; two daughters, Venisea Collins, of Oolitic and Elainea Romine, of Bedford; fifteen grandchildren; twenty- six great grandchildren; siblings, William Stanley Collins, of Bedford, Shirley Tolliver, of Anderson, Nancy Davis, of Bedford, Carolyn Beasley, of Martinsville; several nieces and nephews.
He was preceded in death by his parents, his step-father, Harley Fox; a son, William Harley Collins, a daughter, Candeana Lynn Collins, a brother and a sister, all in infancy.
Funeral services will be conducted at 1 p.m. on Friday, May 20 th in the Elmwood Chapel of the Day & Carter Mortuary with Millard Jones officiating. Burial will follow in Crawford Cemetery. Visitation will be from 4 p.m. to 8 p.m. on Thursday, May 19 th and from 11 a.m. until the hour of service on Friday, May 20 th at the Day & Carter Mortuary. In Lieu of flowers, the family asks that friends consider contributions be made to the family.
Family and friends may express condolences at www.daycarter.com.