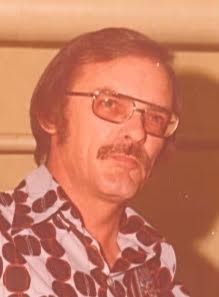 November 17, 1938 – May 11, 2016
Robert E. “Gene” Benjamin, 77, of Bedford, died at 6:35 p.m. on Wednesday, May 11, 2016 at I.U. Health Hospice House in Bloomington.
Born November 17, 1938 in Loogootee, he was the son of Maurice E. and Mary G. (Willis) Benjamin. He married Jayne Berhalter on December 17, 1983 and she survives. He served ten years in the U.S. Air Force as a Staff Sergeant during the Viet Nam War. He later was manager at NWSC Crane retiring in 1993. He was a member of the First Baptist Church in Bedford and American Legion #250 of Mitchell. He enjoyed hunting, fishing, traveling and golf. He was a member of the band, the Tomahawks for over twenty years and played with the Jammers at the Orleans Farmer’s Market for several years.
Survivors include his wife, Jayne, of Bedford; four daughters, Stephanie Preston of Lafayette, IN, Gaylene Wieman and husband, Tom, of Saukville WI, Suzanne Preston-Mroz and husband, Markus, of Vienna, Austria, and Samantha Preston and fiancé, Troy Jarvis, of Bloomington, IN; a son, Sam Preston of Bedford; six grandchildren, Kayti Fletcher, Peter Wieman, Brooke Heckard Martin, Gretta Preston, Luke Preston and Lucy Mroz; four great grandchildren; three brothers, Joseph “Laddie” Benjamin and wife, Ava, of FL, Donald Benjamin and wife, Fran, of TX and his twin, Jerry Benjamin, of Bedford and four great grandchildren.
He was preceded in death by his parents, a daughter, Linda Lee Benjamin; three brothers, Glenn Edwin, John Charles and William Willis Benjamin; a sister, Mary Lyons.
Funeral services will be conducted at 11 a.m. on Tuesday, May 17th in the Elmwood Chapel of the Day & Carter Mortuary with Pastor Phil Thorne officiating. Burial will follow in Green Hill Cemetery where military rites will be accorded by members of American Legion #250 Mitchell. Visitation will be from 2 p.m. to 8 p.m. on Monday, May 16th and from 9 a.m. until the service hour on Tuesday, May 17th at the Day & Carter Mortuary.
The family asks that friends consider memorial contributions be made to I.U. Health Hospice House.
Family and friends may express condolences at www.daycarter.com.
Frances M. Hatfield
Frances M. Hatfield, 62, of Bedford, died Thursday, May 12, 2016 at Community Hospital in Anderson.
Arrangements are pending at the Day & Carter Mortuary.