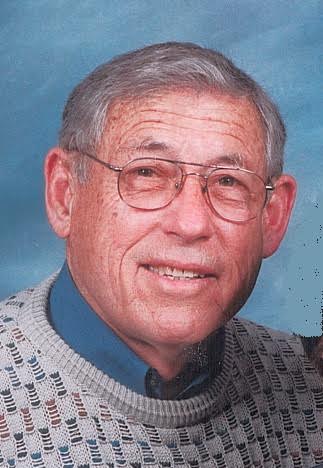 February 3, 1931 – May 11, 2016
Dean Anderson, 85, of Bedford, went home to be with his Heavenly Father on Wednesday, May 11, 2016 at his residence surrounded by his loving family.
Born February 3, 1931 in Lawrence Co., he was the son of Abraham G. and Ruby Mae (Mitchell) Anderson. He married Myrtle Ann Bloxom on December 12, 1953 and she preceded him in death on May 23, 2007. He was a serviceman for Indiana Gas Co. for thirty-four years retiring in 1990. He was a member of the Avoca Baptist Church and a veteran of the U.S. Navy serving during the Korean War.
Survivors include a daughter, Libby Wilcox and husband, Howard, of
Bedford; a son, Ricky Dean Anderson and wife, Ella of Bedford; Lora Daugherty and husband, Scott, of Orleans, Marsha Anderson of Bloomington; a grandson, Chris S. Anderson and wife, Michelle; two granddaughters, Crystal Marie Popp and husband, Chris and Olivia Kelley Wilcox and fiancé, Greg Andres, Jaci Watson and husband, Evan and Cole Faust; great-grandchildren, Lauryn Anderson, Camryn Anderson, Evan Anderson, Anderson “Andy” Popp, Nathan Popp and Matthew Popp; a nephew, Scott Mapes and wife, Mary.
He was preceded in death by his parents, his wife and a sister, Rhea Dawn Mapes.
Funeral services will be conducted at 11 a.m. on Saturday, May 14th at the Avoca Baptist Church with Pastor Steve Wilkinson officiating. Burial will follow in Green Hill Cemetery where military rites will be accorded by members of Gillen Post #33 American Legion. Visitation will be from 3 p.m. till 8 p.m. on Friday, May 13th at Avoca Baptist Church. In lieu of flowers, memorial contributions may be made to Avoca Baptist Church or Journey to an Angel – Matthew’s Adoption Fund c/o Crystal Anderson.
Family and friends may express condolences at www.daycarter.com.