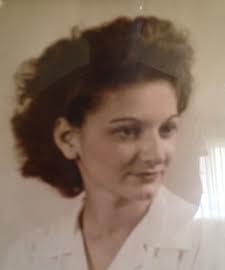 November 3, 1925 – March 13, 2016
Lucy Marie Kern, 90, of Bedford, died at 9:10 am on Sunday, March 13, 2016 at I.U. Health Bedford Hospital.
Born November 3, 1925 in Geneva, NY, she was the daughter of Adolph and Esther (Visco) Raimondi. She married Dean Ivan Kern, Sr. and he preceded her in death on March 23, 2014. She was a homemaker and a member of the St. Vincent de Paul Catholic Church. She was a member of the Gillen Post #33 American Legion Auxiliary where she had served as past president and chaplain.
Survivors include three sons, Dean I. Kern, Jr. and wife, Mary Dee, and David L. Kern and companion, Fannie Lee, Dennis R. Kern and wife, Lori; a daughter, Deborah A. Lane all of Bedford; three grandchildren, Ryan D. Lane, Alex M. and Emily M. Kern; a sister, Ann Forno of Auburn, NY; a brother, Joseph Raimondi of NY; two nieces, Judy Forno of Auburn, NY and Joyce A. Ballard of Owensboro, KY; a nephew, Rev. Ray (Adam) Forno of Pompano Beach, FL.
She was preceded in death by her parents, her husband, and a brother, Frank Raimondi.
Funeral services will be conducted at 1 p.m. on Thursday, March 17th in the Elmwood Chapel of the Day & Carter Mortuary with Deacon Dave Reising officiating. Burial will follow in Cresthaven Memory Gardens. Visitation will be from 4 p.m. to 8 p.m. on Wednesday, March 16th and from 11 a.m. until the hour of service on Thursday, March 17th at the Day & Carter Mortuary.
The family asks that friends consider memorial contributions be made to the American Cancer Society or the American Heart Assoc.
Family and friends may express condolences at www.daycarter.com.