James W. Lawyer – Bedford
March 10, 1945 – February 16, 2016
James W. Lawyer, 70, of Bedford, died at 10:35 am on Tuesday, February 16, 2016 at Johnson’s Christian Village.
Born March 10, 1945 in Bedford, he was the son of Arthur Gene and Mary Ellen (Payton) Lawyer. He married Sue Ella Hobson on March 24, 1974 and she survives. He was a self-employed businessman and a veteran of the U.S. Army. He was a member of Mensa, the Bedford Kiwanis Club, Aircraft Owner’s/Pilots Assoc. (A.O.P.A.), Gillen Post #33 American Legion, Military Vehicles Collector’s Club (M.V.C.C.), 1st Cav’s Assoc.
Survivors include his wife, Suzi, of Bedford; a son, Troy Lawyer and wife, Kelly, of Bedford; two grandchildren, Sydney and Isaac Lawyer both of Bedford; one sister, Ardis “Jeannie” Vance of Bedford.
He was preceded in death by his parents.
Funeral services will be conducted at 10 a.m. on Saturday, February 20th in the Elmwood Chapel of the Day & Carter Mortuary with Pastor Kenny Walden officiating. Burial will follow in the Judah Church of Christ Cemetery with military rites accorded by members of Gillen Post #33 American Legion. Visitation will be from 4 p.m. to 8 p.m. on Friday, February 19th at the Day & Carter Mortuary.
The family asks that friends consider memorial contributions be made to the Hope Resource Center or the White River Humane Society.
Family and friends may express condolences at www.daycarter.com.
Lorene Mitchell – Oolitic 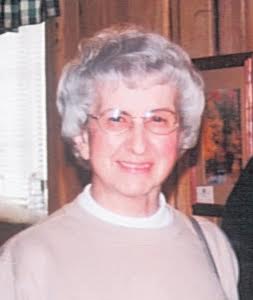 December 5, 1927 – February 15, 2016
Lorene Mitchell, 88, of Oolitic, died at 2:04 p.m. on Monday, February 15, 2016 at Mitchell Manor.
Born December 5, 1927 in Williams, she was the daughter of Ben and Iva (Williams) Etchison. She married Dale Baker on September 21, 1946 and he preceded her in death. She later married Robert Mitchell on February 15, 1987 and he also preceded her in death. She retired from Bedford Ford in 1994 and was a long-time member of the Fairview Church of Christ in Mitchell.
Survivors include a son, Pat Baker and wife, JoAnn, of Texas; two daughters, Toni Hedge and husband, Gary, of Mitchell, Janie Hill and husband, David, of Bedford; two step-sons, Gary Mitchell and wife, Rhonda, of Springville, Terry Mitchell of Oolitic; a step-daughter, Diana Edwards and husband, Anthony, of Oolitic; one sister, Marcia Tolbert of Mitchell; several grandchildren, great-grandchildren and step-grandchildren.
She was preceded in death by her parents, her first husband, her second husband, five sisters, Ruby Kinder, Louise Terrell, Marie Mundy, Louella Craig and Lucille Lynch; one brother, Leroy Etchison (in infancy); a son, Mike Baker and a step-daughter, Brenda Lambrecht.
Funeral services will be conducted at 10 a.m. on Friday, February 19th in the Elmwood Chapel of the Day & Carter Mortuary with Richard Holt and Anthony Edwards officiating. Burial will follow in the Mitchell Cemetery. Visitation will be from 4 p.m. to 8 p.m. on Thursday, February 18th at the Day & Carter Mortuary.
Family and friends may express condolences at www.daycarter.com.