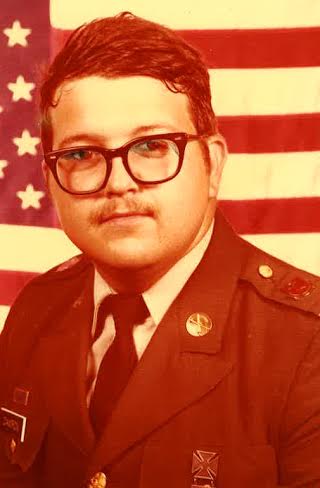 May 28, 1959 – January 17, 2015
Kerry Laine Damron, 56, of Mitchell, passed away Sunday morning, January 17, 2016, at his residence.
Born May 28, 1959, in Bedford, he was the son of Emma Darlene (Damron) Williams. Kerry was a 1979 graduate of Mitchell High School and a former employee of Steeltech Industrial Fabricating. He was a U.S. Army veteran.
Survivors include his mother, Darlene Williams, Mitchell; sister, Sonja (James) Mills, Mitchell; aunt, Leilani (Duane) Mosier, Bedford; niece, Hanna Nicole Mills, Mitchell
His grandparents; uncle, and three aunts preceded him in death.
Cremation was chosen.
Condolences may be sent to the family at www.chastainfuneralhome.com
Gerald L. Knight Sr. – Bedford
April 22, 1939 – January 18, 2016
Gerald L. Knight, Sr., 76, of Bedford, went home to be with his Lord and Savior at 9:55 am on Monday, January 18, 2016 at his residence surrounded by his loved ones.
Born April 22, 1939 in Mitchell, he was the son of Otis L. and Frances (Ray) Knight. He married Lois A. Nelms on May 2, 1957 and she preceded him in death. He was a heavy equipment operator (E03) and member of Local #1393. He was a veteran of the U.S. Army serving from 1956 to 1959. He was a member of the Campbellsburg Baptist Church and the National Rifle Assoc. He had his own country music band for most of his life and was gifted with a heavenly voice. He had a life-long passion for hunting and fishing.
Survivors include children, Selina Prince and husband, Jimmy, of Decatur, AL, Tammy Puterbaugh of Bloomington, Teresa Quigley and husband, Jon, of Winter Haven, FL, Sandra Wever and husband, Kent, of Bedford, Sherry Davidson and husband, Marty, of Bedford, Gerald L. Knight, Jr. and wife, Nancy, of Cloverdale, IN, Melissa Burns and husband, Mark, of Lakewood Ranch, FL; fourteen grandchildren; twelve great grandchildren; nine step-grandchildren; a sister-in-law, Sheila Knight of Orleans.
He was preceded in death by his wife, his parents, a sister and two brothers.
Funeral services will be conducted at 2 p.m. on Thursday, January 21st in the Elmwood Chapel of the Day & Carter Mortuary with Pastor Jonathan Quigley officiating. Burial will follow in the Mitchell Cemetery where military rites will be accorded by members of Gillen Post #33 American Legion. Visitation will be from 10 a.m. until the hour of service on Thursday, January 21st at the Day & Carter Mortuary.
Family and friends may express condolences at www.daycarter.com.